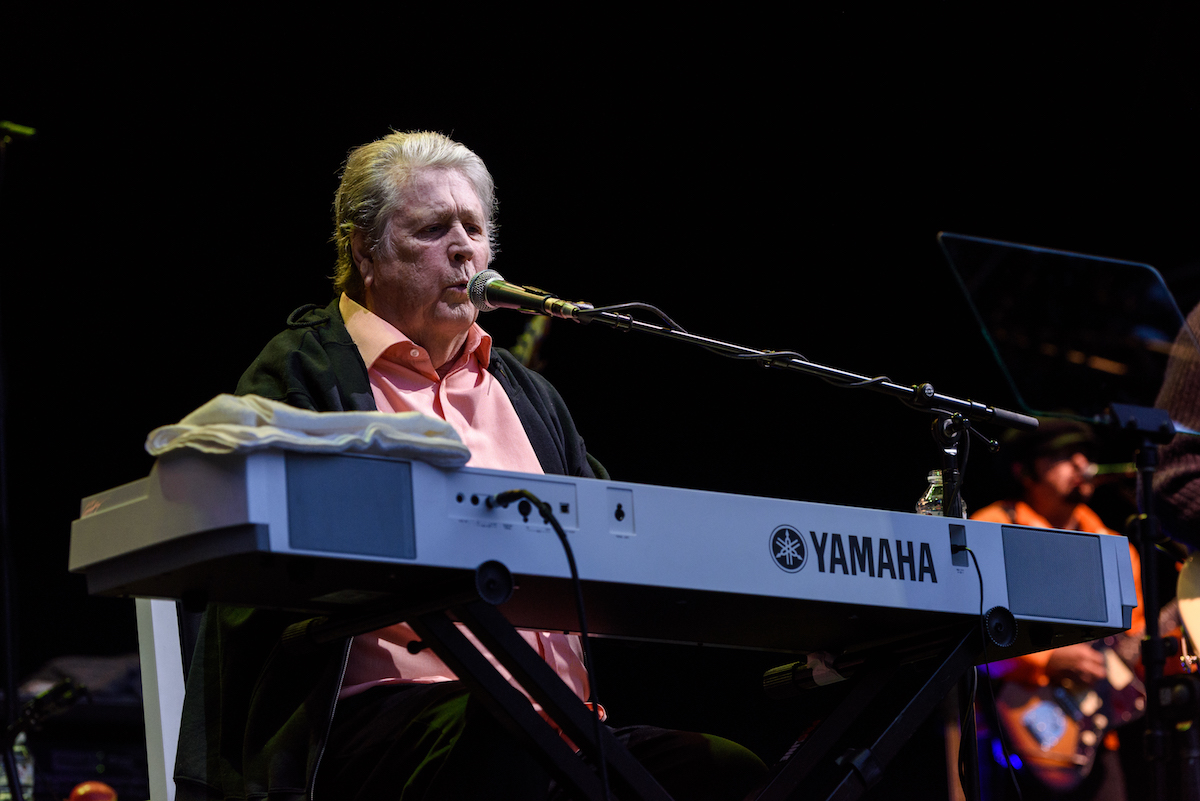 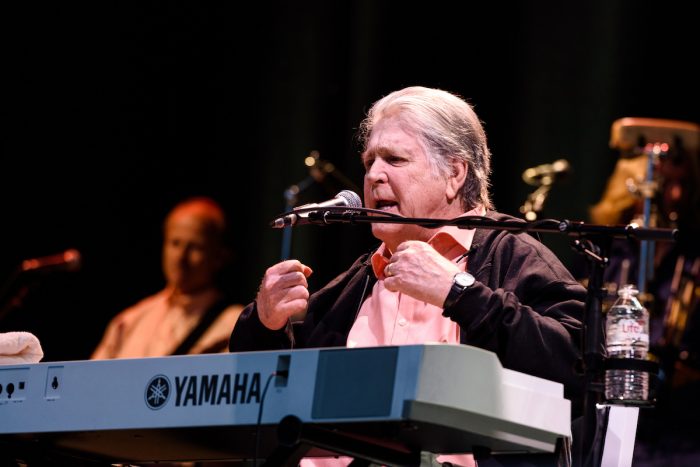 An incredible way to close out this years Live From Times Square, a wonderfully eclectic line up topped off by a true living legend!

As far as eclectic line ups go todays Live From Times Square is up there with the best, with three of the North East’s finest opening the show followed by three heavyweights of the music world. The Lake Poets makes a welcome early appearance this afternoon, his harsh themed northern music compounded by driving rain. It doesn’t detract from his beautiful songs though; his passion always overrides everything else it is the perfect way to kick off today.

The persistent rain also doesn’t dampen the spirits of the rather upbeat Cattle & Cane who are in a rousing and excited form, their upbeat folk pop helps the sodden crowd shake off the rain. With the likes of Love On Your Hands and Fool For You proving particular crowd favourites, as well as a cover of Candi Staton’s Young Hearts Run Free. For their brief set they brought a slight amount of cheer to Times Square on this otherwise grey afternoon. 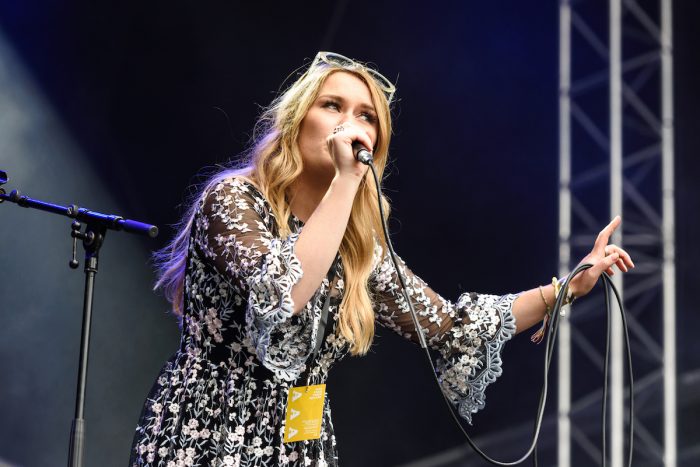 Lanterns On The Lake barely seemed to get going this afternoon, as their exceptional tracks struggled to turn heads on this occasion. Their usually pummelling riffs and huge soundscapes struggle to carry in an open air arena, couple that with a very short amount of time and they appear to lack their usual fervour. This isn’t by any stretch their fault as they’re a band who have the ability to thrill and captivate but today something just isn’t quite right.

However, Martha Reeves & The Vandellas are quick to set the party alight, it’s a set crammed full with some of Motown’s greatest hits. The lady herself is on top form as she continually encourages the crowd to get involved, her excitement is truly infectious. The crowd falling at her feet as they scream back every word, the likes of Nowhere To Run, Jimmy Mack and Dancing In The Street all proving to be particular favourites. 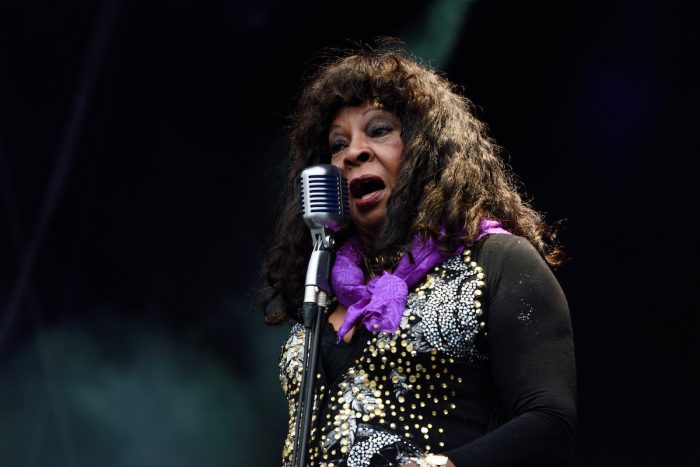 As well as a cover of Marvin Gaye’s What’s Going On, her set leaves a real buzz throughout Times Square. In spite of the bleak day the whole atmosphere has changed and for many they’re overly excited to see Seasick Steve, who appears to be in particularly raucous form himself. He comes out of the blocks raring to go with a rousing rendition of Don’t Know Why She Love Me But She Do, kicks things off to an enthusiastic start.

Only going from strength to strength after that old favourite Walkin’ Man is graciously accepted by this packed crowd who can be heard singing at the top of their voices for miles around. As is You Can’t Teach An Old Dog New Tricks, he feeds off of the crowds unbridled enthusiasm as he continues to tear through his set. By which point the rain had ceased and there was a faint air of sunshine to welcome tonight’s headliner Brian Wilson. 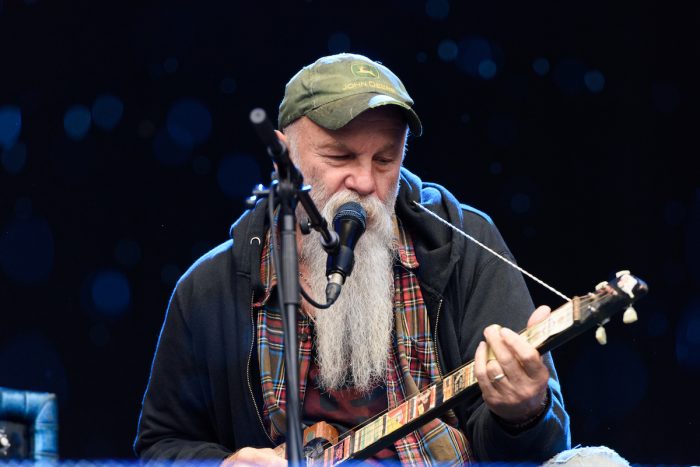 This will be the last time that he plays Pet Sounds in full in the UK, so as the sun sets Brian and his exceptional band set about a few hits before the main event. California Girls, I Get Around and Surfer Girl all featuring early on to the delight of this packed crowd, but it’s Pet Sounds that we’ve all come to hear. The likes of Sloop John B, Wouldn’t It Be Nice and God Only Knows are all given the reception they truly deserve this evening.

Tonight there is something truly magical about Brian’s set, these beautiful songs still retain their original fervency. You cannot help but grin, whilst it goes without saying that Wilson is not in the best of health he still possesses that magic touch. His own excitement might be muted somewhat but the adoration of the crowd certainly isn’t, there are very few living legends around and it is a term that is used all too frequently without real foundation. However, Brian Wilson truly deserves that term, he has his issues but it will never take away his incredible body of work. 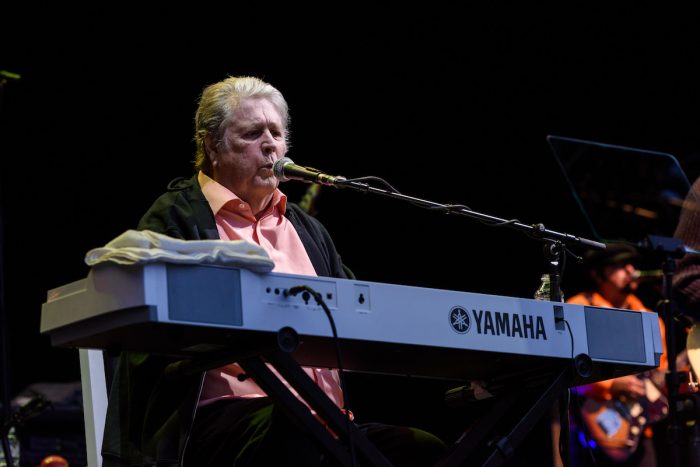 They save the best until last with incredible versions of Good Vibrations, Help Me, Rhonda, Surfin’ USA and Fun, Fun, Fun it only further compounds Wilson’s legendary status. A true master of his craft and tonight truly awe-inspiring. It closed out what has been a phenomenal run of shows at this years Live From Times Square, which had something for everyone from Leftfield to The Libertines to everything else in between, they’ve covered an impressive musical spectrum and we can’t wait to be back there again next year.

~
Brian Wilson can be found online here brianwilson.com. He is also on Facebook and tweets as @BrianWilsonLive.