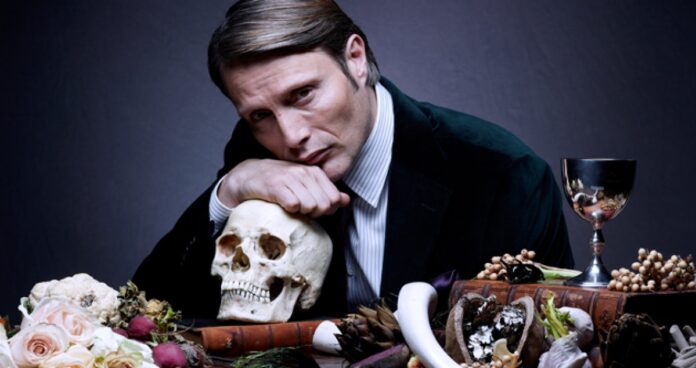 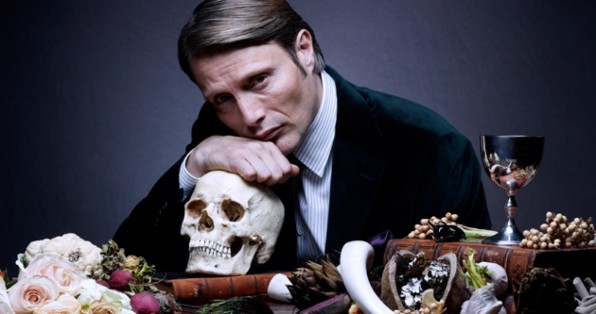 Colin McCracken takes on the epic collection that is Hannibal The Original Soundtrack for the NBC series by Brian Reitzell.

Invada Records, who have steadily been increasing their output of quality vinyl soundtrack releases, have unleashed a monster upon us. With their collection of four double LP sets, the Hannibal soundtrack could possibly be the most momentous contemporary television score in existence.

Brian Reitzell has been actively involved with film and video game scores for over fifteen years, with credits such as Lost In Translation, Thumbsucker, 30 Days of Night and Watch Dogs to his name. Hannibal, however, may be what we all come to know him for. What begins (in Season One, Volume One) as a delicate and consoling piano piece, soon builds into a foreboding, metallic landscape, in which footing is not easily found, and clouds are looming on the horizon.

Before long, the pathway upon which we have walked has long since vanished, and there is no visible point of return; the only option is to continue. Sporadic patches of rumbling and white noise are permeated by shards of beauty and clatters of anarchic glee. For every moment where it speeds up the heart, it comforts and elates shortly after. The droning, ambient elements elicit similar feelings as A Winged Victory for the Sullen or Stars of the Lid at their very finest. It’s an all-encompassing sense of atmosphere, tinged with an onset of unease and darkness, too beautiful to ignore.

Shocking arias and industrial meltdowns are to be expected as things become increasingly abstract and jarring throughout the latter half of Season One, Volume Two and Season Two, Volume One. The expressionistic and oftentimes, experimental work of John Zorn would be a solid comparison, yet, moments are reminiscent of minimalist composer Philip Glass; particularly his work for film. Perhaps a suitable analogy would have the two of them doing battle on a metropolis rooftop, before returning to a penthouse suite for a subsequent banquet.

It takes several complete journeys to even begin to uncover the subtle complexities which exist in Reitzell’s work for this show. With a plethora of stunning influences on display, showcased through an almost indefinable set of skills and personal voice, Reitzell may well be the next Clint Mansell, or Angelo Badalamenti.

Additionally, if this is the dawning of an era in which TV soundtracks are created with this much thought and ingenuity, then long may it reign.

With this set being a significant purchase for any Hannibal enthusiast, it certainly begs the question; is it worth it?

There’s no point in drawing it out. The answer is a resounding yes! Invada have managed to keep the cost down, so that buying all four releases will amount to £79.99 from their website, and once the packages themselves are glimpsed into, with a mouth-watering range of colour variants, the price tag doesn’t seem so intimidating after all.

Chilling, haunting and as inescapable as a dinner date with the man himself, Hannibal is an essential purchase for anyone with even a passing interest in quality scores.

Brian Reitzell can be found on Facebook and he tweets as @ReitzellMusic.

All words by Colin McCracken. You can read more from Colin on Louder Than War here. Colin regularly writes about a range of topics, primarily arts and culture, for a number of international magazines, websites and journals. He has an academic background in art, literature and language and can be found on Twitter @ColinJMcCracken.