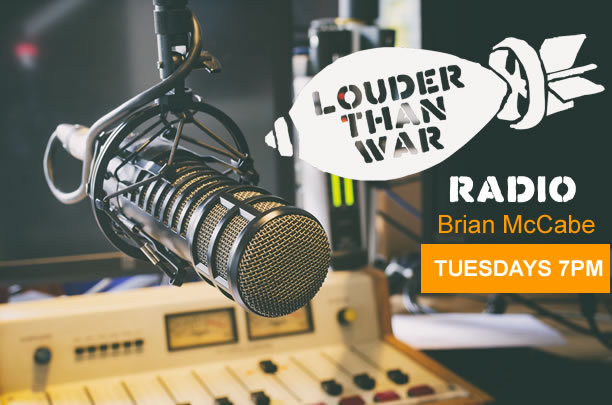 Brian McCabe has joined Louder Than War Radio for a new show on Tuesday evenings at 7pm. Brian’s unique take on punk, post-punk, indie and Ska along with a bit of chat, a lot of music and other ‘random nonsense’ is yet another addition to the radio’s schedules which are filling up quickly!
You can listen to Brian’s show on Louder Than War Radio here at 7pm:

Brian McCabe lives in south Manchester and has been a music fan since he went to his first gig,  Sham 69 in 1979, aged 12. Through the intervening years he has followed the trail of punk, ska, post-punk, indie and …. frankly … anything with guitars and meaningful lyrics. Pivotal acts on that journey include SLF, The Clash, The Specials, ACR, The Smiths, The Charlatans and too many more to name without missing out a favourite child.

Brian hosts a show on Louder Than War Radio, with each episode having a featured album; lots of music; chatter and other random nonsense.