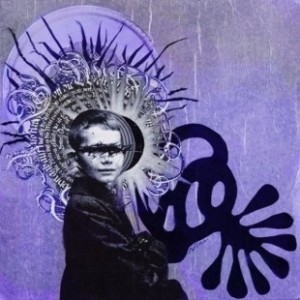 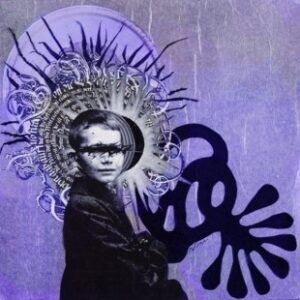 It’s over twenty years since Anton Newcombe embarked on his mission to celebrate, update and disseminate the truly life altering potential of the later 1960s and the unimaginably great cultural advances made therein. Such an adventure could only really start in San Francisco, even though Anton has decamped to Berlin in recent years.

Taking their name and a huge helping of inspiration from arguably the most symbolic figure of that era, the most beautiful and most doomed Rolling Stone, the Brian Jonestown Massacre have always channelled his deathless, fairytale cool. Anton and dozens of his associates have now produced fourteen albums, of notable consistency, that manage to acknowledge the most interesting developments in contemporary pop while retaining the essential ingredients of classic psychedelia: their sound has generally been typified by drowsy, chiming repetition and dreamlike vocals that never quite penetrate the swirling guitars and keyboards. Like all music that relies so heavily on mood, there are no guarantees it will always come off. Live, I’ve seen them when they’ve struggled to click at times, but I’ve also had the privilege to witness them performing on nights when everything’s fallen perfectly into place. It’s an astonishing spectacle. Neither band nor audience can really stand the thought of the show ending. Inevitably, hours later, it must.

Like those amazing gigs, there are BJM albums that are all about the mantra, the drone, the altered state that only an eternal present of beats and bass loops can induce. A number of their most successful recent works have adopted this experimental approach and it’s paid off each time. On the spectrum of BJM’s albums, however, Revelation sits rather more towards the song-based end, although it’s a very specifically BJM kind of song. Languid, laid-back and purposefully out-of-focus, these are tunes you’re expected to meet halfway by slipping your mind out of its everyday gear for an hour and retuning to Anton’s much more appealing wavelength. Anton has said that he had the modern ‘playlist’ mentality in mind when piecing the album together and that as a result he was concerned it didn’t feel ‘album-like’ enough, until reassured by friends. He needn’t have worried really. It’s true that each track feels relatively self-contained. They don’t bleed into one another as on, say, the 2008 drone classic My Bloody Underground, but this is more to do with their individual power to generate discrete moods than with any sense of genuine discontinuity.

The dominant musical theme, as you’d probably expect, is the familiar, joyous take on 60s garage psychedelia, enhanced here and there by brass, flute and strings as required. But Anton has never seen fit to confine the spirit of psychedelia within any particular musical framework or decade. So, for example, we are treated to the marvellously hypnotic Memorymix, the BJM on one of their occasional forays onto the dancefloor with a suitably unsettling Cabaret Voltaire-style vocal injecting a note of cold humanity. Food for Clouds, on the other hand, is a woozy pop delight in the vein of the The Cure‘s hit single period, if your memory goes back that far. Its brass hook is so catchy, in fact, that if we still spoke of hit singles as currency, this would be a 24-carat contender.

It’s followed on the album by Second Sighting, a beautiful pastoral instrumental that conjures up seductive images of sunshine, floppy felt hats and long blonde hair in Golden Gate Park. Hopefully you get the idea: the album’s a collection of songs rather than a unified work in itself. The quality of those songs, though, and the strong musical identity underpinning them all, means there’s no danger of it sounding thrown together. In Jonestown terms, it’s quite a traditional sounding record. In Rolling Stones terms, it’s perhaps a Sticky Fingers rather than a Satanic Majesties. Fittingly, it ends with Goodbye (Butterfly), based around Sympathy for the Devil’s whoo-whoos, and a melody as beautiful but fragile as one of those Hyde Park lepidoptera. Anton sounds like he’s in a good place these days. If you’re familiar with his records, then this one won’t necessarily constitute a revelation. If you’re not, well, you’re in for a great time and this is as good a place as any to start. Get stuck in.

Words by Glenn Airey. You can find more of Glenn’s writing for Louder Than War here. He can also be found on Twitter @GlennAirey.