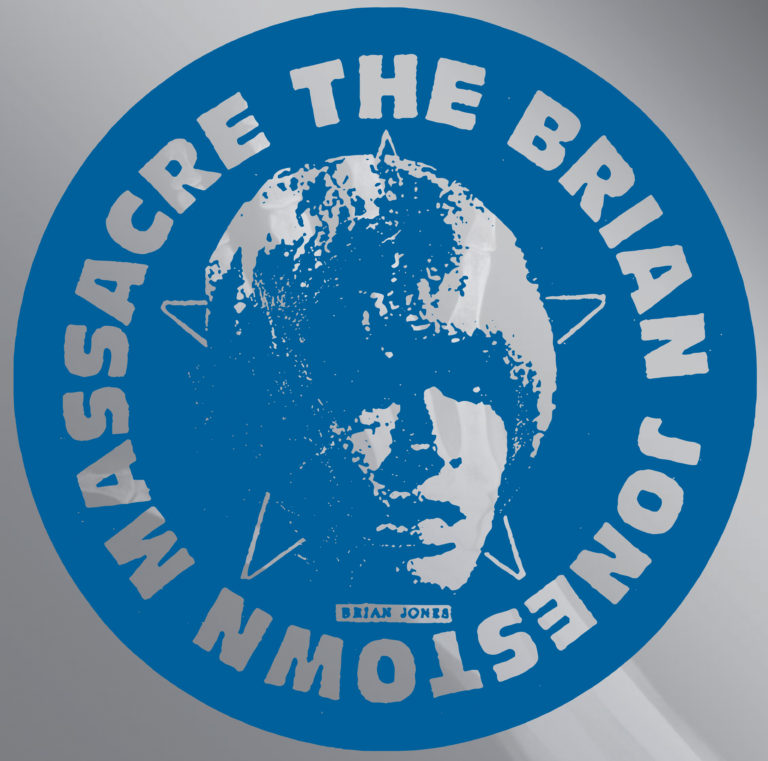 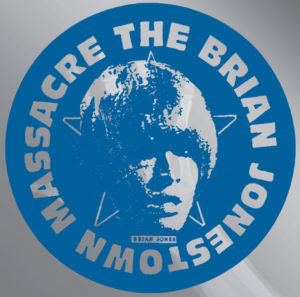 Out now on CD/LP

If you wanted to invent a guitar band to epitomise the very essence of laid-back counter-cultural cool for your indie movie set in New York at the start of the millennium, you’d probably come up with The Strokes in 2001. Spool back ten more years for your prequel, move the action from NYC to San Francisco, and you’d get the Brian Jonestown Massacre in 1991.

It’s to their credit that, three decades later, they still fit the bill.

Despite the arrival of successive bands paying homage to the same altars upon which they worship – bands like Black Lips, Black Angels, Black Mountain, Black Rebel Motorcycle Club (and probably any other number of bands with ‘Black’ in their name) – Anton Newcombe’s band is still ploughing the same psychedelic furrow. And they’re all the better for it.

This is their 18th album and, curiously, it’s just called Brian Jonestown Massacre, with their logo as the cover; , presumably they ran out of amusing puns relating to their influences (Their Satanic Majesties’ Second Request, Bringing It All Back Home Again, Who Killed Sgt Pepper, My Bloody Underground) as well as images. Which is fine because, like the  17 BJM albums that preceded it, it does exactly what it says on the star-in-a-circle-shaped tin: namely fusing the narcotic languor of the Velvet Underground with the shoegazey fuzz of My Bloody Valentine.

Having gone through almost as many members as The Fall over their 29-year existence, Newcombe has for some time been the only original member left. Now resident in Berlin, free from drugs and physically resembling Neil Young in the late Seventies, he was joined at his own Cobra Studio there by the latest line-up of Hakon Adalsteinsson on guitar, Heike Marie Radeker on bass and Sara Neidorf on drums.

Opening track Drained kicks it off like a midtempo update on Bittersweet Symphony, Newcombe’s characteristically flat vocals finding the perfect foil in the jangling guitars that cascade through the song. “I can’t stand still and your love is making me ill,” he sings queasily. “I’m alone and I can’t stand pain and it’s happening again.” Lyrics never were his strong point.

Tombes Oubliées (listen below) is the sort of languid jangle the Stones used to throw in to 1970s albums like Let It Bleed and Sticky Fingers to break up the pace, Rike Bienert’s gauzy French chanteuse-style vocals lending it a Mazzy Star-like feel before the album opens up with the swirling instrumental My Mind Is Filled With Stuff – an archetypal BJM title – to bring us the full psych experience.

There are diversions. Remember Me is uncharacteristically jaunty, with woodblocks and acoustic guitars, and starts out sounding like The Monkees’ A Little Bit Me, A Little Bit You, while the pastoral theme is echoed in the opening bars of A Word, its acoustic strum setting us up for perhaps an Everly Brothers duet until the drums and bass and big distorted electric guitars come in to knock it off kilter. We Never Had A Chance is another wistful acoustic number that builds at a funereal pace, Newcombe advising the listener: “Don’t be surprised when you wake up and they tell you you’re dead / Those motherfuckers never stop drilling holes in your head.” Wise words indeed.

While so many albums dip in quality as they progress, BJM actually picks up as it enters the closing straight. The sombre So Sad To Tell You is the best song on the album, Newcombe whining like vintage Dylan over a lurching rhythm, sounding like a man at the end of his tether as the psychedelic guitar licks are joined by a Hammond organ to give it the full Bringing It All Back Home / Blonde On Blonde vibe.

There will be those reading this who may regard the BJM as a bit of a joke, based on the brilliant and unintentionally hilarious rockumentary Dig! in which, 15 years ago, Newcombe found himself the unwitting hero – or antihero – of a kind of real-life Spinal Tap, centring on his epic rivalry with the equally egotistical Dandy Warhols frontman Courtney Taylor-Taylor.

The joke was threefold: firstly that Newcombe viewed Taylor-Taylor as the epitome of superstardom when, in reality, all of the Dandys could probably do a weekly trolley dash around your local supermarket without being stopped for a single selfie; secondly, that the rivalry existed almost entirely in Newcombe’s head; and lastly that the pair of them were essentially the same person – doppelgangers – who could have solved all their problems by getting a room. Maybe.

In reality, Newcombe is and has always been an epically productive musician – this is his eighth release in the past four years, including two collaborations with Tess Parks and a soundtrack album – even if his constantly rotating cast of collaborators adds to the film’s ammunition suggesting he may not be the easiest man to work with. But isn’t that true of so many creative artists?