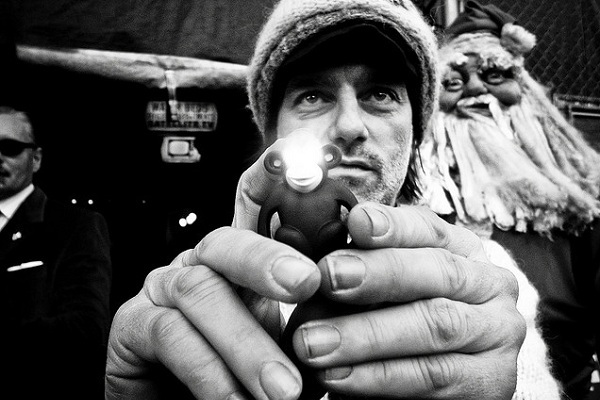 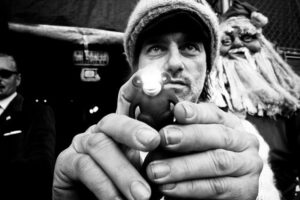 The new Apple streaming service has already run into a growing chorus of disapproval from musicians with its corporate behemoth behaviour rankling many.

In an increasingly mono-market corporate world where by dressing up as a hipster whilst dominating the market the megabucks dinosaurs get their own way whilst appearing to be your friend music has time and time again become the victim.

Apple’s new streaming service has seen Newcombe claim that the computer giant threatened to remove his band’s music from iTunes if he didn’t agree to Apple Music’s three-month royalty-free trial. This seems like a very heavy handed way for a company to behave and has been slammed as ‘satanic’ by the Brian Jonestown singer.

He’s not alone is his disapproval of the service, leading UK indie label Beggars have slammed Apple Music’s Free Trial as ‘Taking the Mium Out of Freemium’

In a series of tweets Newcombe claimed that Apple “has a new deal they offered me: they said we want to stream your music free for 3 months..I said what if I say no, and they said ‘we’ll take your music off itunes.’ hard ball? fuck these satanic corporations.”

He added, “They shouldn’t threaten people to work for free. It’s not ok for these fucking idiots to decide art has no value.”

Billboard website reports that there is growing disenchantment with the service and that unhappiness with Apple’s streaming an opinion that a growing cadre of independent companies and artists share in the wake of the new streaming model’s controversial decision to not pay royalties during free, three-month trials.

On Wednesday, Australia’s independent music companies trade body AIR voiced its concerns over the royalty-free arrangement and told its members it wouldn’t endorse the contract on offer. The trade body also noted “many of our members have already expressed very real concerns about the consequences” of signing on the dotted line. U.S. indies body A2IM issued an alert last week to its own membership in which it noted iTunes download royalties could be cannibalized by Apple Music and it urged members to “not feel rushed to sign Apple’s current offer.”

Bon Iver frontman Justin Vernon has told his Twitter followers he’s unimpressed with Apple Music (though he gave glowing praise to Spotify) while Beggars Group chairman Martin Mills’ has spoken about what he sees as a raw deal for indies.

In further evidence that Apple are creating a serious rod for its own back industry lobbyist Todd Heath has pointed out that small labels would not be able to absorb the potential financial hit that could come with losing three months of download sales to consumers who switch to Apple Music. Such a move would “literally put people out of business,” he said. He carried on…

“If you are running a small label on tight margins you literally can’t afford to do this free trial business. Their plan is clearly to move people over from downloads, which is fine, but it will mean us losing those revenues for three months.”

Many major U.S. labels were also upset with the deal they were being offered but Apple took a different approach to swinging them on board – the carrot of a higher-than-average royalty rate rather than the stick of the threat of having their music being pulled from iTunes. We know which approach seems more reasonable to us!