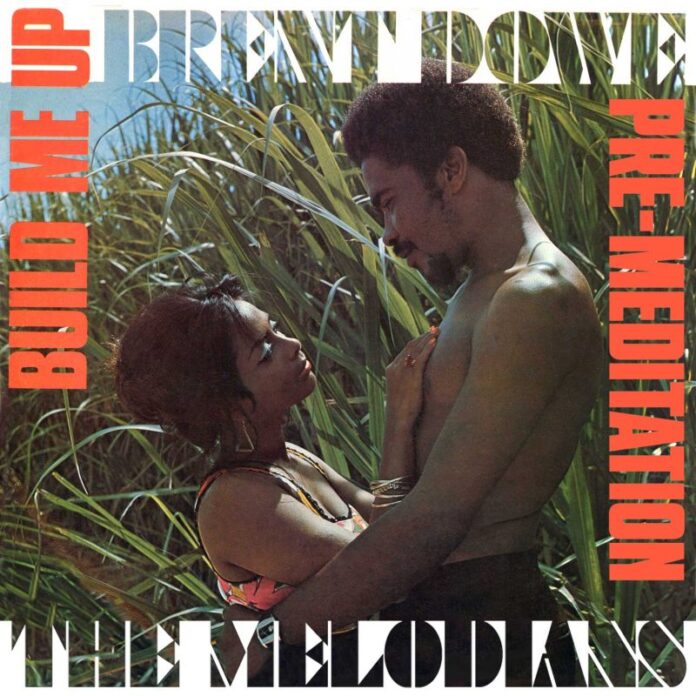 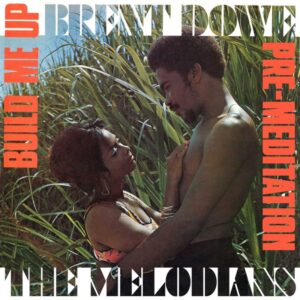 Twofer that combines Brent Dowe’s 1974 debut album, originally given a UK release by Trojan Records, with his band The Melodians’ Pre-Meditation collection from 1978. Also included are many Dowe/Melodians bonus tracks taken from the High Note archives. Both LPs have been unavailable since their release in the 1970s, with 32 of the selections being new to CD. Ian Canty gets into the construction game…

The Melodians are probably best known for the Brent Dowe/Trevor McNaughton number Rivers Of Babylon, which was their Rastafari twist on psalm 137 1-4. The record became a massive tune in the skinhead reggae era and as a result of its continued popularity featured in the film The Harder They Come two years later. It was later covered with great success by Frank Farian’s disco outfit Boney M in 1978.

In 1963 Trevor McNaughton and Tony Brevett enlisted the latter’s pal Brent Dowe and in doing so presented the first Melodians line up. With Brevett and Dowe sharing lead vocal duties, the band had a run of good selling rocksteady tunes, recording for Prince Buster, Duke Reid, Sonia Pottinger and Coxsone Dodd. But they really hit the heights at the dawn of the 1970s whilst under the auspices of Leslie Kong’s Beverley’s Records set up. The Rivers Of Babylon collection from a few years back summed up their strengths at that time (read a review of it here).

They returned to Mrs Pottinger’s in the early 1970s. Renford Cogle was a crucial part of The Melodians, adding his talents in songwriting and musical arrangement to the heady mix. In 1973 Dowe struck out on a solo career to add to The Melodians’ work and Cogle came along for the ride too. Between them they came up with the bulk of the material Brent recorded on his own for Sonia. He was met with immediate success in Jamaica and over the course of a year became one of the big stars there in his own right. In 1974 High Note released his first long player, which gathered up single sides recorded over the previous twelve months or so.

The title track begins Build Me Up and is an irrepressibly bouncy pop reggae number that makes full use of a lively brass section. It is no wonder that it was a hit and this sets the tone for what is a very listenable collection. Dowe’s cool reading of the slower paced I’m Gonna A Love You is excellently judged and Love Is A Hurting Thing is a real ace, showing how well his soulful pipes combined with a busy and melodic musical landscape. He really puts in a wild, passionate shift on this LP.

Brent’s vocal chops meant that he could confidently move away from reggae towards the soul style of You Can Tell The World and still easily pass muster. The exotic rhythm of Without Me nattily matches sounds mined from Jamaica’s original folk music mento to a tight guitar skank. A full-voiced and fast moving Any Heart Can Be Broken and the rockin’ beat of Heartbreaking Love bring to a close Build Me Up. This is as fine an assortment of romantic reggae as any recorded at the time.

The second part of the first disc of this set rounds up Dowe’s remaining output for SP. Horns and strings feature strongly on No Sweeter Way and Two Sides To Every Story also uses a lot of brass to present a soul-flavoured reggae devotional. There is some very subtle organ work here that is a joy to the ears. The goodtime soul of Making A Way is invigorating and the bird song injected into the slightly dubby production of Little Blue Bird is a deft touch indeed.

Girl I’ve Got A Date soars with main voice gelling to some great backing vocals, plus a little of the Liquidator rhythm and Babylon Policy’s easy skank sets the stage for a cool and catchy sufferers’ song. Then Forward Up totes a nicely sinuous groove and is typically well rendered and this is followed by the lovely, lazy swing of Dance Pon Yah Corner. A playful It Cool forms the final piece on a hugely enjoyable and inventive disc of early 70s reggae goodness. It all gave me a firm impression of just why Brent Dowe is so highly rated, taking to one side for a moment his work with The Melodians.

Talking of them, disc two finds Brent back in The Melodians’ fold for their 1978 collection Pre-Meditation. This ten track set reaches back to 1968 and works through to the early 1970s to collect the band’s hit singles with Sonia Pottinger. The album starts off with Tony Brevett at the helm for the pared-back but divine Don’t Get Weary and then comes their r&b-flavoured rocksteady hits Little Nut Tree and Swing And Dine. No Ga Long So moves up the sound to a boss reggae context, with chanting and chiding vocals cut over a prime rough rhythm.

A gently teasing keyboard line on Better Days Are Coming set the scene for a wonderful vocal group outing and Dry Up Yuh Tears is a masterpiece of spiritual reggae music. Some female backing vocals add another dimension to Give Me Some Way To Love and Pre-Meditation’s final track Survival Is The Game has The Melodians simply shimmering with laidback cool.

The final part of this twofer is a trawl through The Melodians’ other recordings for Mrs Pottinger’s High Note imprint. A nice bit of understated guitar work introduces Black Man Kingdom Come, a great Rasta roots number and piano is well utilised on Heartaches, showing the depth and talent of Sonia’s studio team. The band’s singing is of course spot on throughout. I’ll Take You Where The Music’s Playing is a blast of pure of sunshine and their soul leanings are pressed into service again on the very danceable I Could Be A King.

There is a fast tempo to the very fine (Love Is A) Good Thing, which is a direct contrast to the following languid lilt of It’s All In The Family. Everything on this is disc is delightfully crafted with The Melodians’ voices meshing perfectly, whoever is leading out front. A grooving Lonely is a great example of re-imagining rocksteady for the reggae era and the folk-style strings on Sweet City Woman is another wily sonic addition. The disc ends with Melodians In Melody, the kind of thing that was a brief craze on the Kingston music scene in the early part of the 1970s. Rivers Of Babylon, aided by dub echo on the vocal, inevitably crops up as part of it.

Build Me Up & Pre-Meditation give the listener a full run down of Brent Dowe’s brief but brilliant solo turn with Sonia Pottinger, plus The Melodians at the peak of their powers. Dowe passed away in 2006, but the case for him being one of the top reggae stars of its original phase as both part of The Melodians and a soloist is proved beyond much doubt here. A beautifully realised compilation.