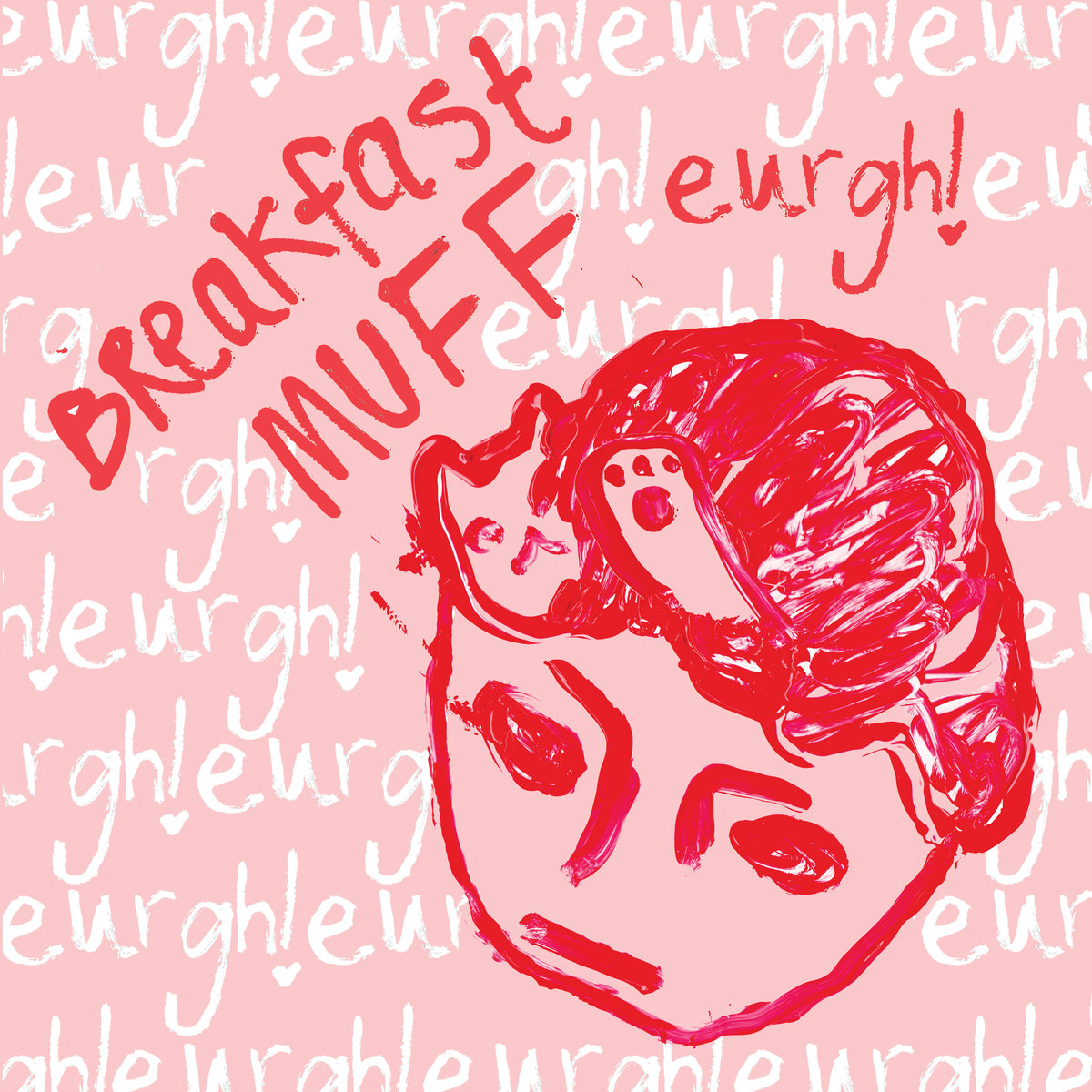 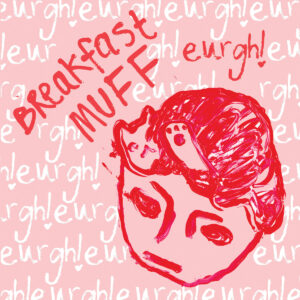 Debut full physical album from the gorgeously monikered Glasgow 3-piece Breakfast MUFF; not only responsible for the genius name but for crafting 13 tracks of in your face vitriolic punk thrash.

Opener ‘Lunch Money’ is a 50 second stripped to the bone, so raw it’s still dripping primitive head rush of “Mum, I’ve learnt to hit things” drumming, colliding with “what’s this string thing” guitar whilst the yelped vocals take you back to ‘Captain Scarlet’ era Banshees missives whilst somehow addressing bullying – its utterly fantastic; I played it three times in succession before moving onto ‘Arms Brains’ with its slowed down buzz-saw refrain, off kilter male and female vocals and harmonies sung from another room…’R U A Feminist/Baby Boomers’ were the lead single released back in May; the former lyrically takes no prisoners as it castigates men who are feminist aware – when it suits their needs…”You’re a feminist, until I won’t fuck you” delivered in an accent so broad a certain Mr R C Nesbit will be reporting a theft to Police Scotland sometime soon – it’s all saccharine sweet before descending into a distorted kick to the bollocks…’Baby Boomers’ is dark, there is an ominous vibe that perfectly complements the bile spatter lyric as the older generation get it from both barrels, the repeated cry of “I’ll shoot you first” leaving no-one to question their values.

‘Birthday Party’ is a sort of, we like Pixies, the loud/quiet bits, but we can’t be arsed to master the technique…and is all the better for it! Breakfast Muff are defining their own sound, it’s a vibrant, technicolour cacophony that can only be crafted by those as young as Breakfast Muff, those with a strident almost righteous belief in the path they forge.

‘Magic Carpet’ is all warm, soft harmonies that had hints of the J&MC off-shoot Sister Vanilla, but with a weirdly ominous Wizard of Oz male voice in the breakdown…similarly ‘I Like To’ with its sparse ultra-simplistic guitar riff, a rippling drum that barely acknowledges itself as a beat and then that delicious Scottish lilt declares “I like to suck dick, you like to eat pussy, and that’s ok” – think of Sean Connery as Bond, recall when he greeted Pussy Galore in Goldeneye, how he split Pussy to “puss…say”, the same is here whispered over this 90second gem.

During ‘Duvet’ Cal takes the vocal lead, whilst Eilidh McMillan (ex-Joanna Gruesome), and Simone Wilson kick up an energetic shit storm, Cal again leads on ‘Raspberry Pavlova’ with an angular nagging riff, and a snot-nosed jibe at disco boys who throw their weight around a dance floor…closer ‘Waving Cats’ comes on like some sort of Young Marble Giants remix, all wobbly guitar twangs and distant voices – as an album ‘Eurgh!’ has it all; it ranges from soft and cuddly to screechy kick in you in teeth rage, yet all delivered with an uncompromising dollop of fun.