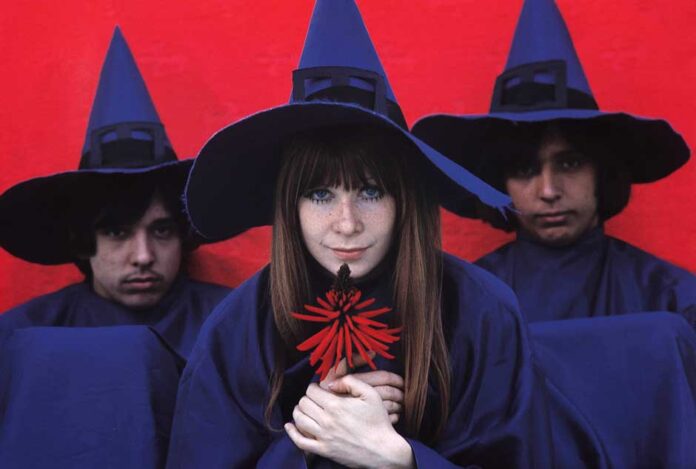 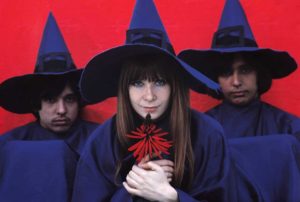 Ahead of the World Cup Final tomorrow night Duglas T Stewart tells us what his Brazilian Top Ten tunes are.

I don’t know much about soccer. I have never been to a football match. In the part of Scotland I come from it seemed to me too much like another excuse for sectarian hate. At primary school in the 1970s I would be dragged with my whole class into the television room to watch “important” European matches featuring Scottish teams. I’ve never knowingly seen a match on the telly since then, but I don’t like to be down on things that bring a great deal of pleasure and so here’s me joining in, a little late, with World Cup Fever.

I know the World Cup is in Brazil and so here are my top 10 tracks from Brazil. Like a lot of people my interest in Brazilian music started with Astrud Gilberto singing Antonio Carlos (Tom) Jobim’s ‘The Girl From Ipanema’. For some it never really went much further than Astrud, but for me that just opened a door to some of the greatest, most mind blowing and full on sensual music I’ve ever heard. My selection all comes from the period of a decade, from 1964 to 1974.

Something you may find strange (or think is dumb) is that I don’t know really what any of these songs are about. I have no Portuguese. I might try to investigate one day, but for now I quite like not being tied down by the meaning of the lyrics, which could be brilliant and profound, but rather getting lost in the beauty and genius of the melody, arrangement, sound of the words and voices. I hope you enjoy my Brazil top 10.

The most recent track in my top 10 may be 40 years old, but it sounds so fresh that it feels like it could be happening for real in the exact moment your listening to it. I love that out of tune piano and the seemingly spontaneous vocal performances. This is two of Brazil’s musical giants together.

The first time I heard this was in a Tokyo hotel in 1992 and I’d never heard anything quite like it before. Although there were small elements of some of the Brazilian music I already knew and elements of Beatles-eque sixties pop, it felt so unique. I love Mutantes’ messed up psychedelic sounds and all those musical twists and turns. This song was written by Caetano Veloso & Gilberto Gil, two of the leaders of the Tropicália movement. Veloso was forced into exile and Gil was imprisoned by the military government of the time for the radical nature of their work.

Like Mutantes Gal Costa was part of the Tropicália movement in late 1960s music. This song is also written by Veloso.

I am a fan of Astrud Gilberto, but there are female singers in Brazilian music way greater and Costa is one of them. I love how this track goes from pure noise to something so sensual and full of passion. Again, it has such brilliant melodic twists and turns.

Another one from Costa’s 1969 self titled album. I love how their pure toned vocals work together and the killer moment when the strings come in. This is a song by Brazilian musical great Jorge Ben. You should investigate his work if you aren’t already familiar with it. Also check out her 1973 album ‘India’, very different, but also incredible.

Gracinha Leporace is best known for being the wife of one of the Brazilian artists who really broke the world wide market, Sergio Mendes, but that shouldn’t be allowed to put her own individual achievements in the shadows. She is a truly great singer capable of both real power and incredible subtlety and sensitivity. This track feels very modern for 1969. The power of the awe inspiring and melodramatic (in a good way) arrangement is matched with her heartbreaking and soaring vocal performance.

I thought I knew the best Brazilian music of this period pretty well, but somehow I’d missed Novos Baianos until a friend from Brazil introduced me to them around 5 years ago. This is very life affirming music. I recommend looking up the fantastic live version of this that’s on youtube.

Ennio Morricone is one of my absolute musical heroes and there is a clear Brazilian influence on much of his late sixties and early seventies movie scores, check out ‘Metti una Sera Cena’ for starters. As well as all of his movie work Morricone was also a brilliant pop arranger. In 1970 he arranged an album of songs by Chico Buarque. The arrangements are so inventive and distinctive. The whole album is wonderful, but this, the album’s opener, is my favourite. I used to listen to this track on repeat play for hours on end.

What an arrangement, what a song and what a vocal performance. So much of this track feels like what I have been aiming at with BMX Bandits, particularly for the last decade. The lead vocal on this track is among my all time favourite vocal performances. She goes from an almost childlike purity of tone to really sophisticated and technically accomplished singing, gliding with ease through the notes and rhythmic changes. At times it’s also a very sexy vocal performance, incredible stuff, such a multi-faceted performance.

A bit more nostalgic sounding than most of my selections. They are an all female vocal group that have been working since the late fifties. This track is like pure and undiluted bottled joy. There is a magical moment at just over the minute where the whole thing opens up. Pure joy, but then it leaves you with the briefest moment of melancholy care of the last chord.

The opening track of the only album Mario Telles ever made before his untimely death in 1966 in a car crash. There is something in this track that reminds me of early Disney music, the type composed by the great Frank Churchill for Bambi, Dumbo and Snow White. It has such a dreamy enchanted quality to it. I don’t know much Portuguese, but I do know the title of the track translates as Good Morning Friend. Listening to it is a beautiful way to start a new day.

All words by Duglas T Stewart. More writing by Duglas on Louder Than War can be found at his author’s archive.