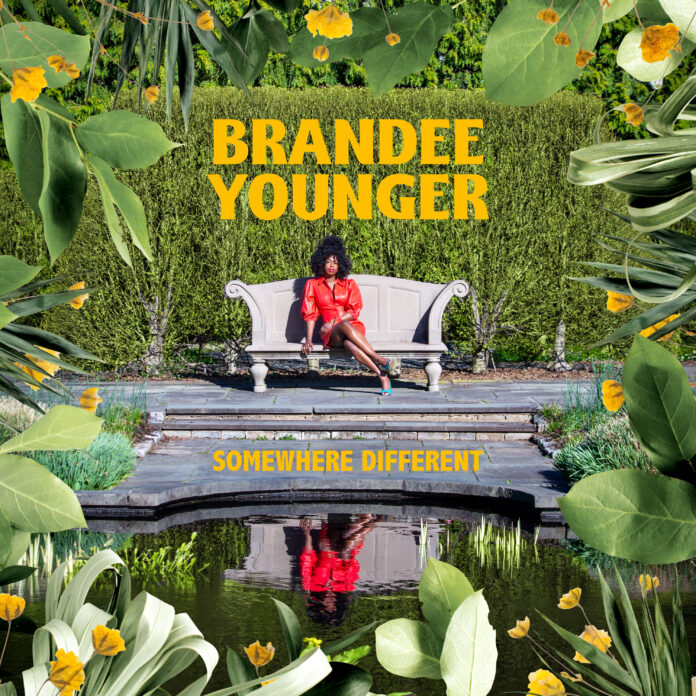 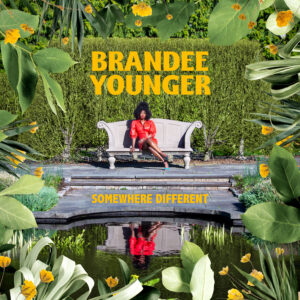 As one of the world’s leading harpists, Brandee Younger has worked with the best. Now, on her major label debut, she’s putting herself first – and she dazzles. This incredible fusion of jazz, soul and R&B soundtracks our summer perfectly. Louder Than War’s Gordon Rutherford reviews.

I love the sound of a harp. Few things in life are more pleasing to the ear than that rippling, shimmering sound that flows with the clarity of crystal. I always feel that, ever since the angels long abandoned us to our fates, the harp has never got the love it really deserves. Perhaps that’s because it typically plays Albert to the saxophone, piano or violin’s Batman.

There have been exceptions, of course, namely the great Alice Coltrane and Dorothy Ashby, both of whom established the harp as a lead instrument. They were butlers to no-one. Coltrane also debunked the widely-held view that the harp was an instrument that belonged in the classical world and, welcomingly, Brandee Younger has summoned that spirit on Somewhere Different.

It’s fantastic to see such a talented artist, a virtuoso of this special instrument, step out from the background and take a prominent lead on this, her major label debut. Not that Younger is a newcomer; her skills have been in much demand for several years now, working as a session musician for the likes of John Legend, Common and Pharaoh Sanders. There is something quite fitting about the fact that Somewhere Different is released on Impulse, which was also the home to both Alice and John Coltrane and, in latter-day terms, Shabaka Hutchings.

Just like Alice Coltrane, just like Shabaka Hutchings, Younger, a native New Yorker, eschews the orthodoxy of genre. Sure, the harp may well be recognised for its role in classical music, but that doesn’t mean it can’t be stretched into jazz or hip-hop or soul. Somewhere Different is an incredibly creative and adept example of fusion and the breaking down of conventional boundaries.

Taken holistically, the album feels very light (but never insubstantial) and airy. It’s a lush, soulful summer groove that provides the perfect soundtrack to take you through those long, lazy sunny days and through sundown. At the top of this piece, I enthused about the sonic beauty of the harp. If you want to know exactly what I mean, just listen to the first few bars of the album’s title track.

It’s like the sound of an angel’s tears falling, one so exquisite that you want to bottle those precious few seconds and keep them with you forever. Throughout, the album is littered with such moments, but what elevates it is the way that the grace of Younger’s harp interacts and fuses with the other musicians. That title track is the perfect example of this, as it flits from fragile and baroque to super-jazzy and back again. 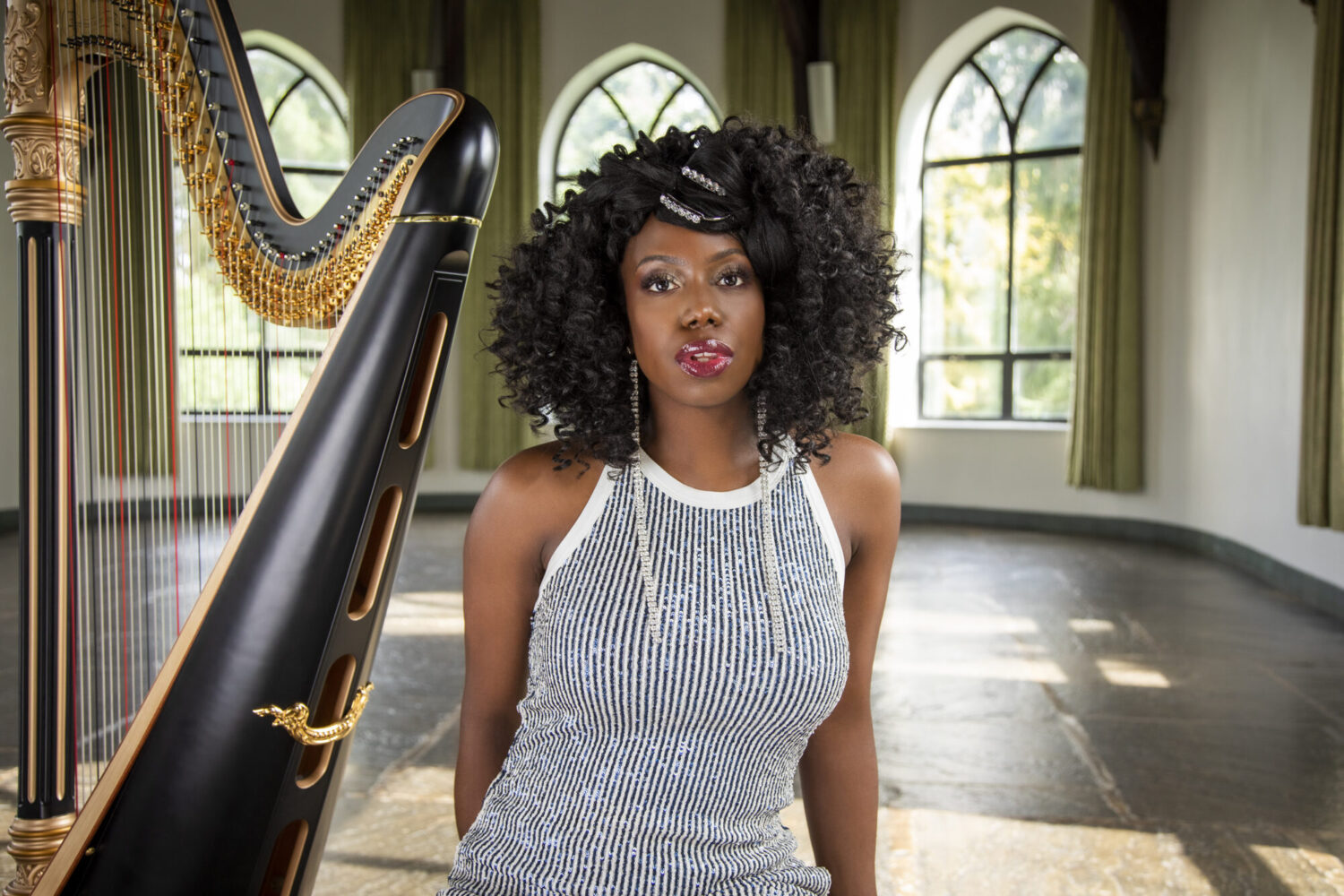 Somewhere Different is an album with so many high points. There’s the outstanding Reclamation, introduced by Younger’s sumptuous harp, before Dezron Douglas’ electric bass jolts us upright. As the album’s producer, Douglas plays a bigger role in the story of Somewhere Different. Quite simply, his production is just as good as that bass line.

Reclamation is an incredibly uplifting track, gliding into the room and encircling us before it soars off to the celestial heavens. Anne Drummond’s flute dances and flirts with the tenor sax of Chelsea Baratz, before Drummond, like a swallow in June, takes off on her own flight of fancy. Of course, it’s not all upbeat; there’s sufficient light and shade to keep us fully engaged. Take the delicate Love & Struggle, which is a stripped-back number that shimmers like a spectre’s cloak and provides the perfect platform for Younger to shine.

In a similar vein, Beautiful Is Black is a sumptuous ballad that has the wistfulness of smoky bars in the wee small hours, long after the sensible people have retired for the evening. Allan Mednard’s drumming is a joy to behold throughout, but it absolutely dazzles here, as does the mournful upright bass of Ron Carter. As a rhythm section, they serve Younger’s melodic playing perfectly.

Olivia Benson announces itself with the most infectious hook on the album, provided by Carter’s upright bass again. Not content with that, he goes on to provide some breathtaking runs up and down that colossal neck. And all the while, Younger’s harp rings out with the clarity of a mountain stream.

Pretend is almost like the cherry on the cake. It’s the only track on the album with a vocal and, boy, what a vocal. Tarriona ‘Tank’ Ball has a voice that is like being cosseted in a blanket made from clouds.

It’s lush and velvet-like and it works perfectly with this soulful tune. It takes an incredibly innovative twist half way through, when Ball raps and the song momentarily takes on a hip-hop feel, before returning to something more in keeping with the rest of the album. It’s quite delightful.

There’s a lot to love about Somewhere Different. Above all else, it’s great to see a harpist take centre stage and make something her own. Furthermore, it’s a joy to see the instrument freed from the shackles of perception that it is an instrument only utilised in a classical setting.

Boldly, with no little imagination, Younger has created a collection of songs around her instrument and her playing that fuses genres like jazz, soul and hip-hop. She has taken the conventional rule book and ripped it to shreds and deserves nothing but praise for that. In doing so, Brandee Younger has created the perfect soundtrack for the season.