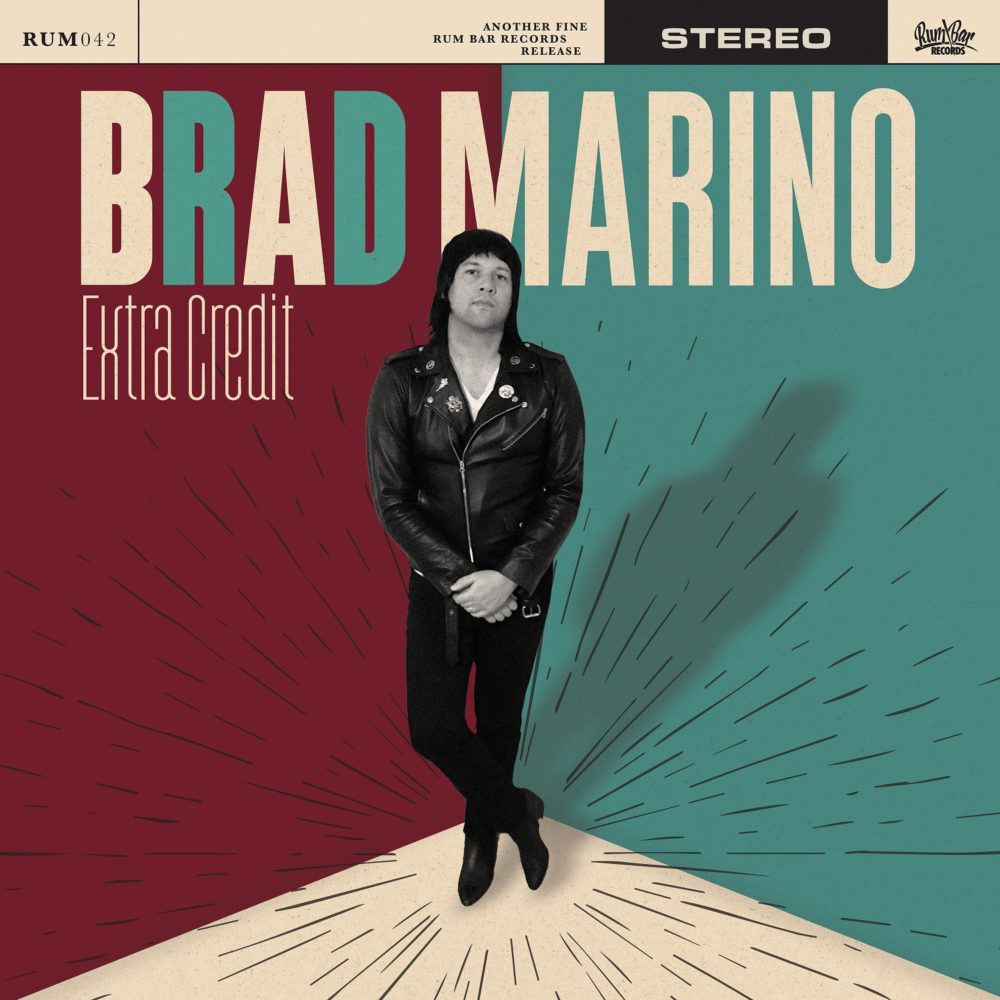 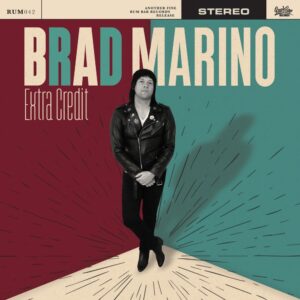 Brad Marino, half of the songwriting partnership of New Hampshire’s powerpop princes The Connection, releases his debut solo album on Rum Bar Records.

Right from the off, the new solo album from The Connection’s Brad Marino brings together a blend of pop and rock that shows off his credentials. Broken Clocks hits like the Beach Boys covering Sweet’s Ballroom Blitz. It’s full of great hooks and gets the record shaking immediately. Built around a revolving bluesy riff, the song winds its way into your bones, and when the chorus hits, replete with fantastic harmonies, it’s pure power-pop abandon. And it’s those harmonies and that blues-driven rock ‘n’ roll that continues throughout much of the record. No One Else Tried It comes close to The Rolling Stones in its groove, not surprising considering they’re the band from whom The Connection got their name.

Marino really has pop sensibilities at heart though. Wake Up Baby, written with Kurt Baker, is pure Nick Lowe, a double-tracked bittersweet love song set over a rolling bass line and chiming guitars. What Comes Naturally comes from the same songbook, albeit with a slight country tinge and twang, and with a subtle piano set low in the mix, only to come out and flourish with little licks. Lead single C’Mon C’Mon C’Mon comes out like classic Ramones, a chugging rhythm over a strong beat that props up a catchy-as-hell chorus, much in the same vibe as The Queers’ Janelle Janelle. From The Start perfectly mixes that rollicking power-punk with beautiful bridges that recall Honeycrack in the way they drop into a minor key, while elsewhere Broken Record Baby adds the typical “bring it all up a tone” to great effect showing that Marino is not afraid to wear his power-pop heart on his sleeve and pull out all the tricks to keep you hooked.

As the record finishes, Marino brings the album full circle with a cover of Chuck Berry’s Bye Bye Johnny, a knowing nod of appreciation to where, at least for him, it all started. On Extra Credit, he shows his deft ability to pull at the power-pop, punk and blues strings to bring it all together and wrap it up in infectious melodies. Stepping outside the comfort of his band, and stamping his name as a solo artist, Brad Marino certainly has what it takes to carry the weight and keep it rocking.

Listen to the album Broken Clocks from Extra Credit below: