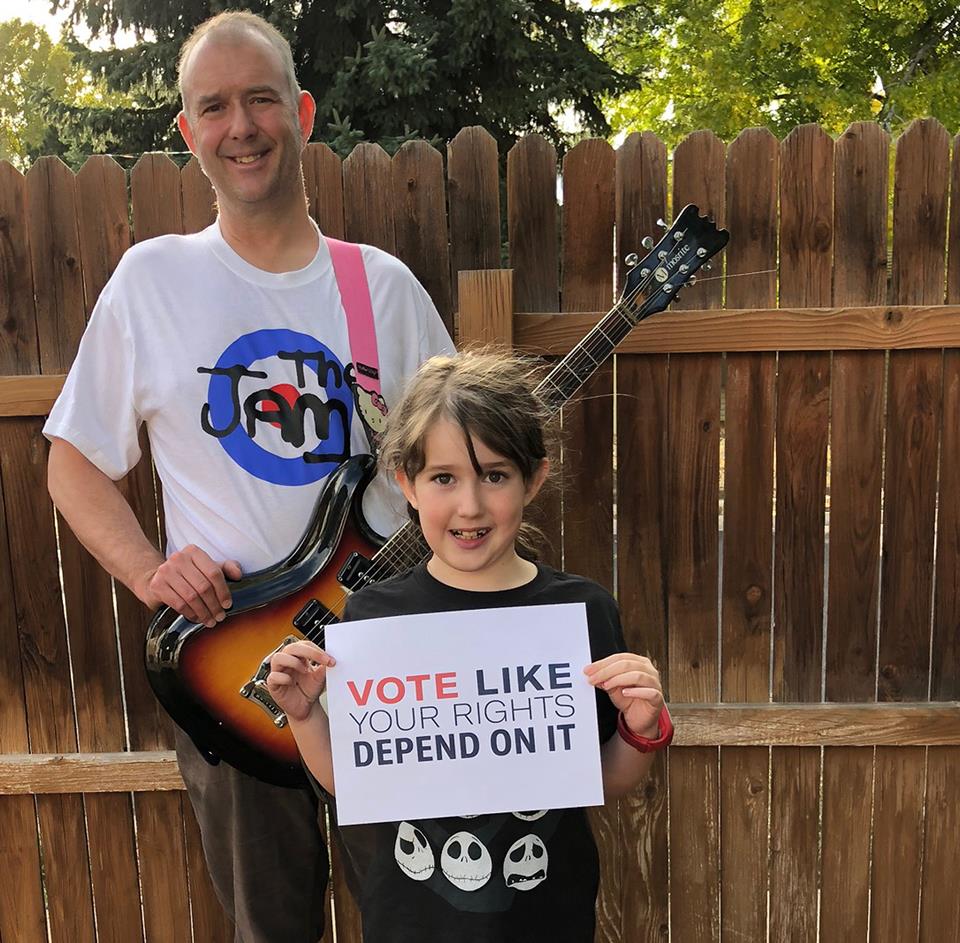 With the USA mid-term elections approaching, Boyracer urge solidarity with a message of hope, via a great stomping cover version of The Style Council’s classic Walls Come Tumbling Down. Now residing in the USA, the band’s vocalist Stewart Anderson said: “We’ve been hard at work recording a new Boyracer LP – 14 new songs on the go right now! But we banged this one out early. Always inspired by Weller, and the lyrics are more important than ever in these horrible testing times.”

Bass player & backing vocalist, Jen Turrell expands on the topic: “This project came together very quickly and with very little forethought. Stew and I have both been watching the last 2 years of politics both in the US and the UK with horrified fascination, always thinking  ‘surely not: This time he/they’ve just gone too far’. But again and again, lines are crossed and things just keep getting worse. Other than voting, protesting, signing petitions, and other actions that seem to do too little too late, it felt like there just wasn’t much we could do other than stew in our own anger and discontent. Then the other morning I heard Stew strumming the chords to this song in the morning before the kids and I went out to Bearizona for the day with some friends. “That sounds good,” I said, not recognising the song by the Style Council at first. By the time the kids and I got home from our day trip, he had all the basic tracks down and was ready for some backing vocals. I had a glass of wine, did some singing, and by the time I got the kids down for the night, Stew was mixing it and we played the mix before going to bed. Then Stew said: ‘What if we got a bunch of friends to each take a line and video themselves holding up a piece of paper with the line on it?’ I thought it was a great idea. I wasn’t sure we could get it done in time for a Get Out The Vote effort, but I completely underestimated how amazing our friends and fans are.”

“The next day Stew had the song up on Bandcamp and invited friends and fans to join in on the video. Within just a few more days we had all of the clips you see in this video in our inbox and sent them off to our friend Justin Burch who did all the editing for us. I don’t know if this video will have a profound or measurable impact out in the world, but in our little world it felt like coming together in solidarity with like-minded folks, and at least finding an expressive outlet if nothing else. Hopefully it will at least inspire a few people who know us to go out and vote.”