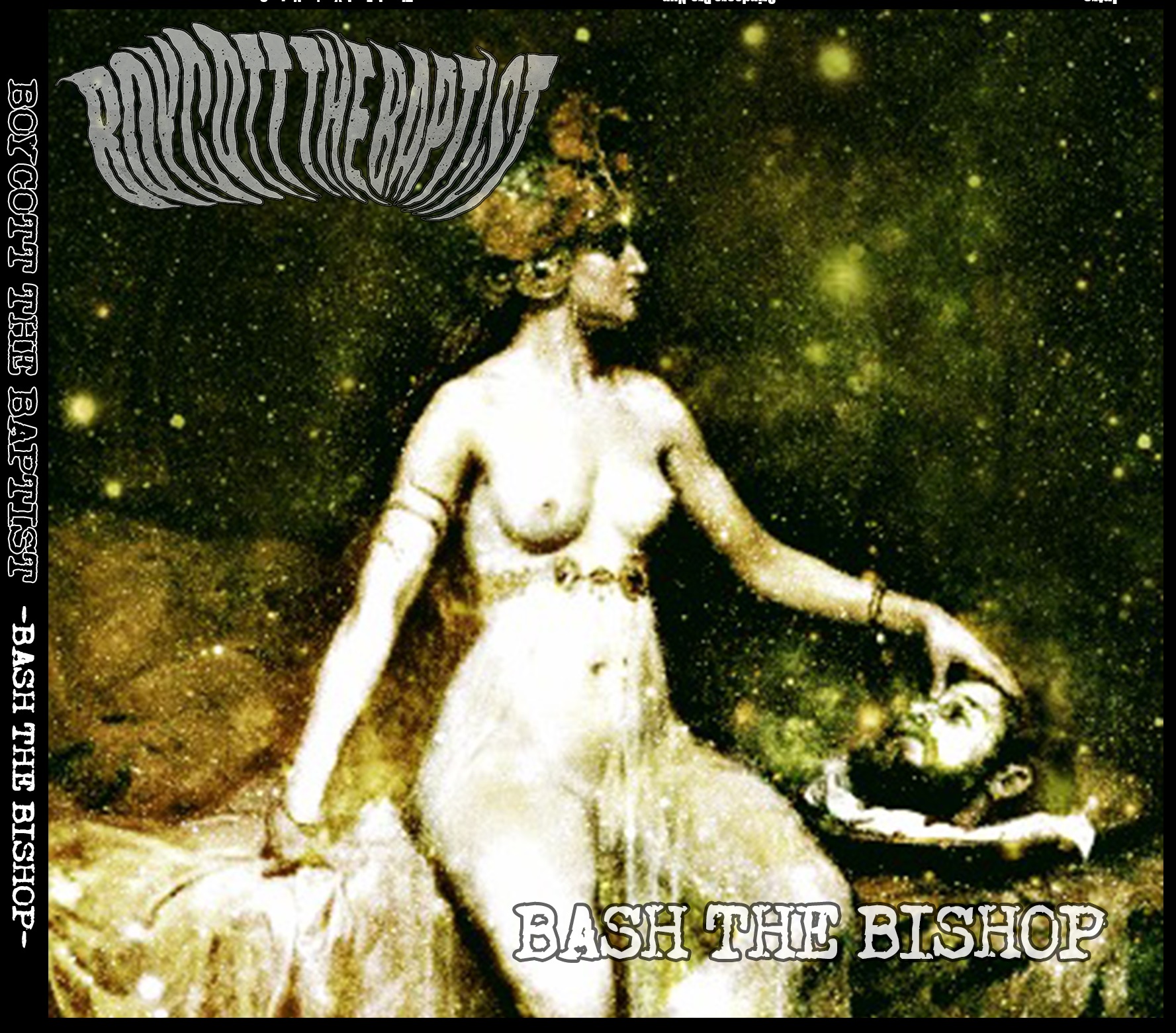 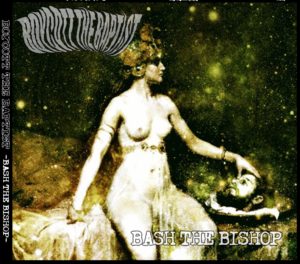 Boycott The Baptist – Bash The Bishop

Boycott the Baptist appear to be based in Leeds, or Lincoln, depending on which of their media accounts you believe, but they recorded in Aberdeen. There is something of a band who keep getting run out of town about this duo. Run up a bar tab and move on or “You’re nae fuckin’ playing here agin”?

Labelling themselves at “Pro-Choice, Pro-Fun Crust/Punk/Grind” BTB have a number of bases covered. I was expecting this to be a grindcore feast as the intro just yelled “downtuned aarrrghhh nonsense” at me. I braced myself. A bit of grindcore here and there is fine. If I were to describe it to a newcomer, grindcore sounds like someone has taken punk and metal and mixed them up in a blender, except all you can hear is the noise of the blender not the ingredients. I won’t personally bother buying grindcore records cos I’ll never listen to them. I’ll enjoy grindcore bands live for a few songs if they are amusing to watch but the same joke played over and over again rarely keeps my attention for long.   The 15 songs in just under 18 minutes that Boycott The Baptist offer up is just about fine.

From my somewhat limited observations, grindcore does seem to fall into 2 camps. Broadly at the punk end of the spectrum it’s “all a bit of a laugh” and no-one is taking themselves too seriously – see Sore Throat, Hatebeak (a parrot singing) and Caninus (a pitbull singing) for reference (and also my mates Hack Job). The lyrical content may be about taking down the capitalist system but the music is all too often played while suppressing laughter at the ridiculousness of the music. Down at the metal end of the spectrum, it is very serious. Very fucking serious. Really serious with a capital S-E-R-I-O-U-S: the fastest fucking guitar hero or most muscle bound drummer in the world, or the angriest shouty man. In other words just more metal macho bullshit occasionally veering into full on homophobic, racist, misogynistic crap. This review would not have even started if it was the latter, and song titles such as “Fuck Off Trump” tell us which side of the fence these fellas are picnicking. (although that was stolen from short lived Aberdeen band The Obscenities, who I bizarrely managed to see in Southampton)

Once past the misleading intro track and into the rest of the album I was pleasantly surprised – some of the songs are just good old fashioned fast thrashy punk – with blast beats aplenty of course. And every now and then you can just about make out the lyrics if you squint your ears (it’s like squinting your eyes to see but with your ears…try it…that’s right).

There’s a bit of a thin-ness in the production on account of there being no bass but it’s not noticeable enough that you would spot it if you weren’t told…and of course now I’ve gone and blown it! Working without a bass has never stopped Yorkshire’s finest Active Minds from thrashing the place up. Come to think of it, some of their songs have a slight resemblance to Active Minds’ faster, noisier material.

There are some clear positives. Any band that uses a Father Ted sample at the start of the song will always get respect from me.  Lyrics that make a point in less than a sentence  are a staple of grindcore but sometimes deserve kudos. “The Eagles are fucking shit. Chalk it up” and “Minor Threat Makes me wanna drink” are a couple of fine examples in my book.

As there is more punk than metal, here and there I’m transported back to the 1980s when Electro Hippies and Napalm Death were playing stupidly fast songs. If that’s your bag then put this in it.

The download or CD are available from their bandcamp site where you can have a freeview listen, and they are on Facebook.