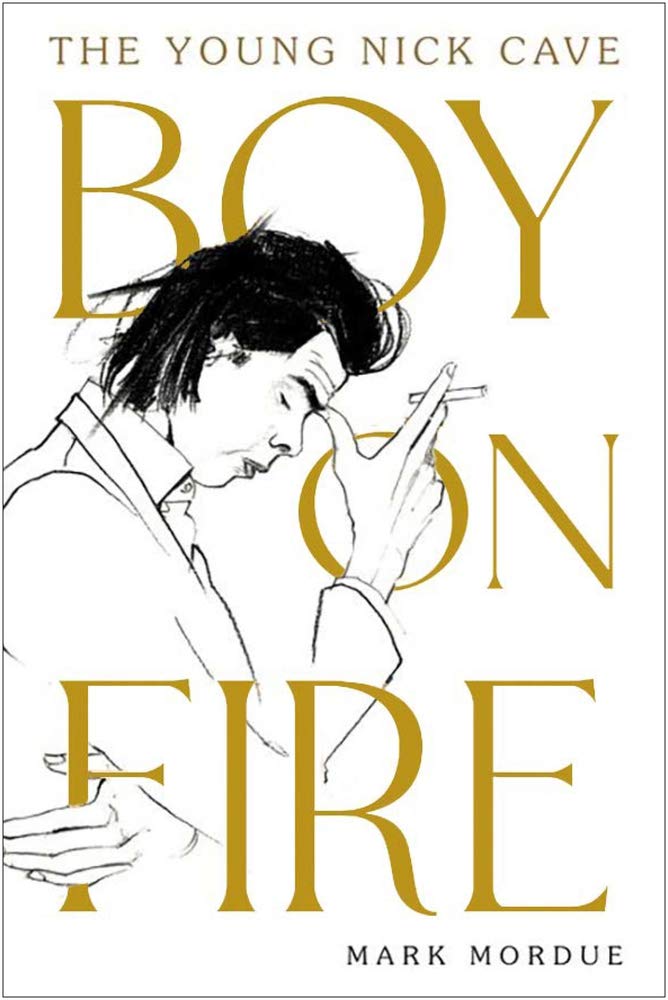 Boy On Fire – The Young Nick Cave by Mark Mordue

Rising to the top of the best-seller charts is this beautifully written biographical book by Mark Mordue, a portrait of the artist as a young man ‘the Dark Lord’ (as one of his friends dubbed him) and based around his time growing up in Wangaratta, through to the music scene in Melbourne, Australia. Mordue explores Cave’s friendships, lovers, poetry, music, books and films which inspired him to be the person he is today.

‘”In my memory Wangaratta is a magical place, where only good things ever happened. The swinging rope, the willow trees, the railway bridge, the pylons, the roots of half-submerged trees rising out of the muddy water – all that stuff – it’s there in “Bluebird”, “Carry Me”, “Sad Waters”, “Your Funeral … My Trial”, “Where the Wild Roses Grow” … if a song has a river in it, it’s that spot in Wangaratta just under the train tracks where we used to go as kids… It’s an idyllic substructure that sorrowful tales of corrupted innocence can rest upon“. – Nick Cave

Mark Mordue expertly guides us on a journey as he narrates memories of Nick Cave from a middle-class background, trying to find his way in life in those wilder, often destructive early years. Contributions include lovers, friends, family and bandmates, alongside Nick’s personal journals, letters and notebooks for reference. It’s not your standard biography, it’s written across 8 years of meetings, phone calls and interviews with Nick and the book is fully authorised by him. What emerges and shows through is a great working friendship between the pair, and Nick’s definite tenderness, a highly intellectual, creative subject, displaying a great sense of humour under the darkness that seems to surround him.

The book opens as the narrator explains that his earlier interviews with Nick, beginning in 1985, made him a nervous wreck, then a couple more encounters later it became easier, but it would be another 10 years for the biography idea to take shape.

What started off as a potential full biography changed into focusing on the younger Nick, due to the death of his twin son Arthur and Nick feeling he was now a different person to when he had started conversing with Mordue. The previous conversations were he said “entirely redundant”, so with no bad feelings between them and with enough material, Mordue soldiered on.

Death seems never too far away in Nick’s world – as a 13-year-old he and his pals find a dead body. Closer to home, a major loss was his father dying in a car accident when he was 21, he’s also lost friends and bandmates and in recent years the devastating, untimely death of his 15-year-old son, and sadly his mum passed away as the book was due to be completed. As a result of a great deal of soul searching and therapy, his experiences have been the catalyst for his phenomenal songwriting and his artistry. He uses his obsession with death, violence and religion in a cathartic fashion. Nick is as deep as the ocean but just as colourful, dangerous and enthralling.

There is great respect for Nick from Mordue even though it wasn’t always the case (having observed one ferocious Birthday Party performance and been freaked out by it). Mordue makes it easy to visualise the scenes as he weaves his way through Cave’s journey (not all pleasant) and lays bare what is fact and what is fiction. He has to skillfully navigate some murky waters along the way when a wild Cave thrusts himself into criminal activity and drug abuse with his bandmates.

The task of writing the book has, it would seem, taken its toll on the writer, as he battled to keep up with the depth of Cave’s work.  As he tells band member Mick Harvey “..each of Nicks songs is like a Russian Doll, inside which there is another thing, and another, and another being revealed.”

We hear many tales about Nick’s first band The Boys Next Door, (1979) who eventually morph into the punk/ goth band the notorious Birthday Party, who were classed as one of the darkest, most dangerous post-punk bands on the scene back in the 80s – their live shows were often violent and dangerous. The band broke up amidst band tensions and drug addiction in 1982.

An ex-work colleague of mine once told me a tale about witnessing an outrageous Birthday Party show in Manchester. Nick approached her at the front of the stage, slowly teasing off one of her long silky gloves, only to then set fire to it. She was shocked and thrilled at the same time, after the show she met him and he emerged as a charming gentleman…but I digress.

Although it is primarily about the younger Nick, we still get a flavour of how the Nick of today thinks and feels about the world around him. Nick has had no easy ride in life as he’s been hard on himself, pushing himself to achieve greater things. I’d say he was a perfectionist, constantly driven to create, whether it be music, art, screenplays, or books. It’s taken a considerable time for him to emerge and be accepted as one of the greatest songwriters and live performers of our generation; experiencing him live is like a religious experience. Colin Cave (his father) would be proud of the good son he turned out to be. 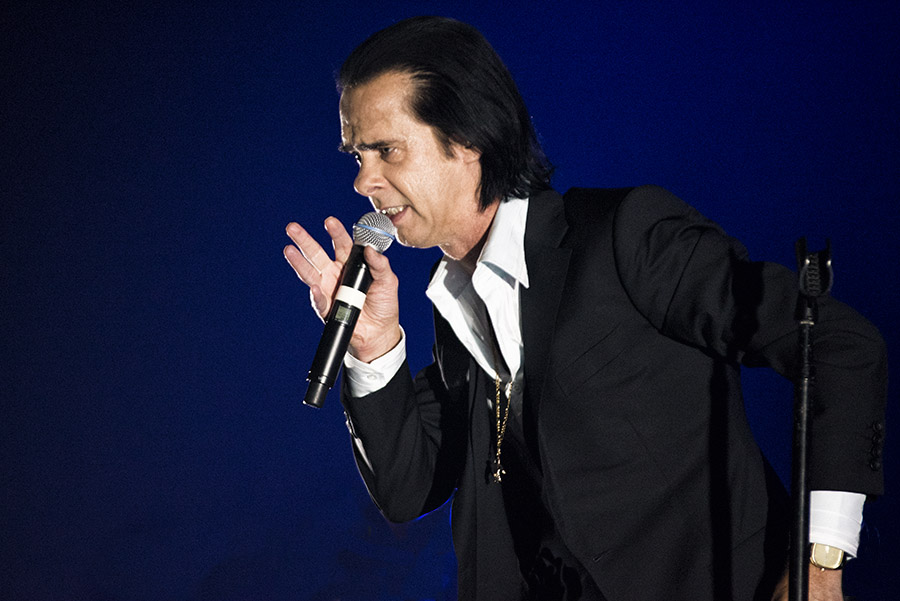 This 432 page book is for anyone interested in Nick Cave, his musical influences and his personal experiences, even the end notes are well worth a read. I personally loved the book and found it hard to put down. One can hope there will eventually be a full biography of Nick Cave to follow this, if so please direct it straight into my arms.

You can keep up to date with Mark Mordue here

You can buy the book here

Mark Mordue is an Australian writer, journalist and editor. He is a co-winner of the 2014 Peter Blazey Fellowship, which recognises an outstanding manuscript in the fields of biography, autobiography or life writing, and also the author of Dastgah: Diary of a Headtrip. He lives in Sydney.

All words and live photo by Melanie Smith. More work by Mel on Louder Than War can be found at her author’s archive. You can find her on Facebook and Twitter. Photography portfolio can be found here