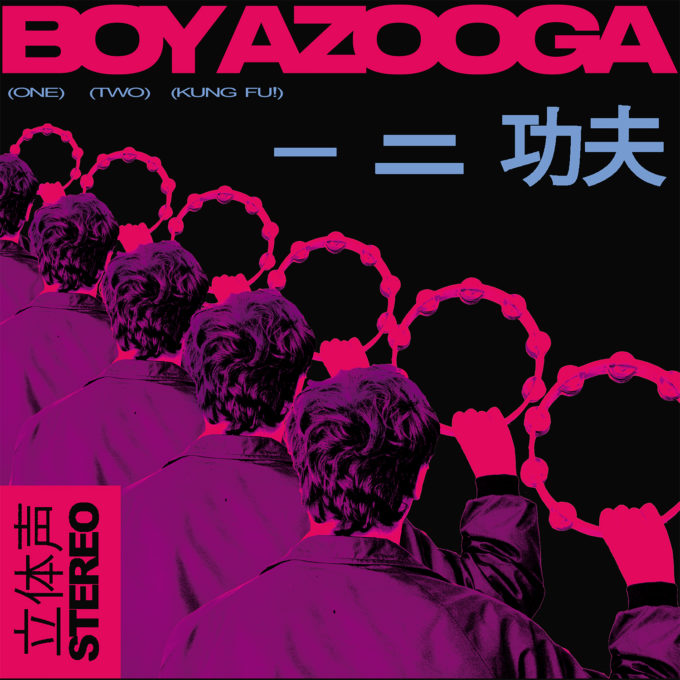 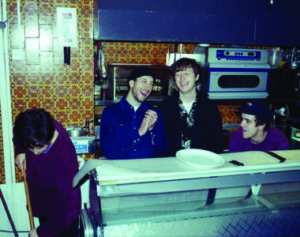 Boy Azooga announced details of Face Behind Her Cigarette, their debut single and their debut album 1,2 Kung Fu! both which will be out on Heavenly Recordings on Friday 8th June 2018.

Boy Azooga, the psych-flecked musical vehicle for Cardiff’s Davey Newington multifarious musical mission have announced details of the release of Face Behind Her Cigarette, their debut release for Heavenly Recordings.

This song is basically just a celebration (rip off) of the late great William Onyeabor. I wanted the percussion to be purposefully a bit too loud, maybe by the usual standard. Loads of Onyeabor’s percussion is blaring in the mix, but it makes it sound so live and feely. I wanted to create that feeling of being in the room where the music is being played.

“Hope you enjoy this intergalactic do it yourself green screen hand percussion odyssey as much as we enjoyed making it. For optimum viewing/listening pleasure, watch in full screen with headphones on in low light with high head. Love, Azooga.”

A prodigious musical talent, Davey Newington is a young man with much musical heritage. One of his granddads was a jazzer who played drums for the Royal Marines. Davey’s dad (violin) and his mum (clarinet) both played and met, in the BBC National Orchestra Of Wales. Davey himself took up drums at the age of six and also enjoyed orchestral engagement, playing in various Welsh Orchestras and Jazz bands as a teenager.

Inspired by his art teacher at school who sent him off to town to buy Can’s Ege Bamyasi, taking inspiration from the likes of Sly & The Family Stone, Caribou, Black Sabbath, Outkast, Van McCoy, Ty Segall and The Beastie Boys and nabbing their name from the 1994 film The Little Rascals, Davey recruited friends Daf Davies, Dylan Morgan and Sam Barnes to form the Boy Azooga live quartet, an ensemble that swings smoothly from filmic instrumentals to a churning, rave-tinged rock that hints at both Can and their progeny in Happy Mondays. 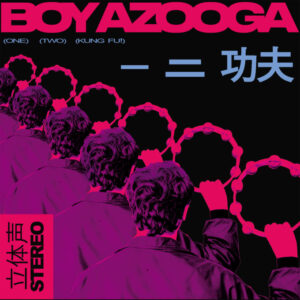 Having just completed a short U.K. tour, Boy Azooga take their loose-limbed, particular live show on the road for a few gigs in November and December. The list of shows is as follows: