photos by Flash and Tel 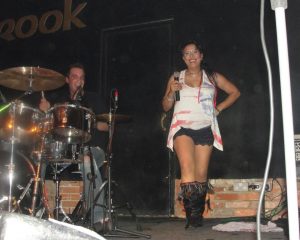 She is, in the words of Adam Ants tattoo, pure sex. A fabulous mover, great singer and charismatic frontwoman,. The camera lies though and adds pounds that just aren’t there, although she is a voluptuous, full-grown woman of 46 now, built the way sex symbols used to be in the 50’s. She has a fantastic voice too and works the crowd in that very American Stadium rock way ”â€œ addressing the audience by the name of the city they’re in and asking if they are ”Ëœallriiiight?’

Skipping onstage with an Afrika Korps style cap pulled down over her eyes, T-shirt only just covering lacey knickers and knee-high moccasin biker boots she is the focal point of Bow Wow Wow. The band, who include one original, bassist Leigh Gorman, dress in black and play like demon virtuosos. More than a dozen camera-phones and telephoto lenses point at Annabella from the front row trying to capture her as she hops, skips, struts, dances and shimmys from one side of the stage to the other. When she introduces the next song she’s breathless and panting ”â€œ just adding to the sex appeal. I’m sure a couple of old punk chaps actually spontaneously combusted when she bent over to look at the set list”Â¦. 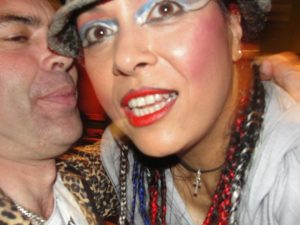 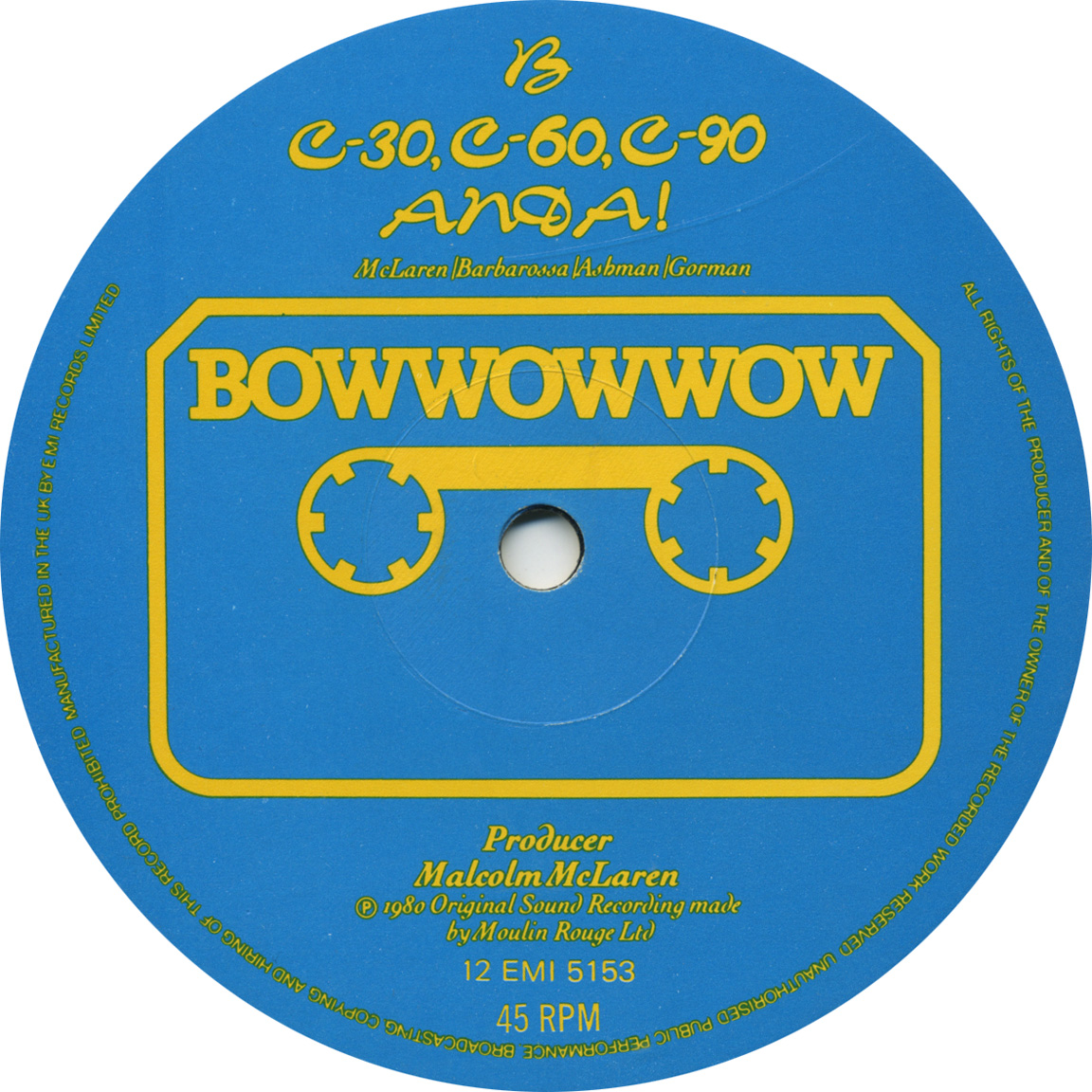 I was always a bit dubious about Bow Wow Wow way back. They were pervy McClarens stolen Antz dressed in Vivs latest collection ”â€œall f-f-fashion and hype. That was until I heard C30, C60, C90 Go! Which was an absolute killer song; a unique, rhythm-heavy pop manifesto about Home-Taping destroying the Music Industry. Your Cassette Pet too, a mini-album cassette in a fag packet contained some gloriously exotic/erotic sex-pop.

Ã‚Â After the disappointing first album and resorting to a cover of I Want Candy I lost interest and assumed others did too. The thought of their first UK tour for thirty years ”â€œstarting in Southampton, didn’t excite me particularly. Session musicians, Greatest Hits set”Â¦ hmmm.

Boy was I was wrong. People remember and love the band with huge affection and this line up of Bow Wow Wow sound absolutely amazing. The manic, funky. fretless bass ( an inspiration to Chilli Pepper Flea), the clattering percussive drumming (note to self -avoid using the word ”Ëœtribal’) the guitar, which goes from twangy to rockin to Latin/African style. No-one else sounded quite like this in 1980 and maybe it is nostalgia clouding my judgement, but it sounded pretty damn fresh and vital in 2012. Giant Sized Baby Thing, Sexy Eiffel Towers. W.O.R.K, Go Wild, I Want Candy, it was a storming set with no place for ballads or slacking. I sent psychic messages to Annabella trying to get her to instruct the audience “Less Photography, more dancing!”Â But she didn’t receive it. They went down a storm though with a (shall we say) mature audience who include a couple on crutches dancing like loons, some magnificent plumage (two fem-mohicans) people from Portsmouth and Salisbury and none other than be-horned Observer critic and author Simon Price who’d travelled from Brighton. 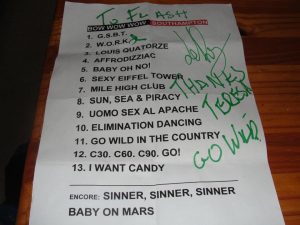 If only Annabella had desisted from the “How-ya-doin-Southampton?”Âs this would have been the best full-on fun night I’d had at the Brook for years.

If you get a chance to see Bow Wow Wow on this tour don’t miss them, Who knows when they’ll pass this way again. They are one of a kind.