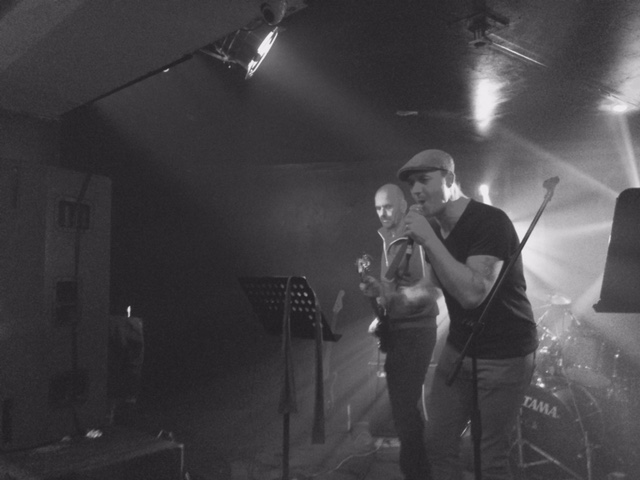 STOCKSNSKINS are a dynamic duo serving up Bournemouth-based beat poetry complete with blistering basslines and a driving electric edge. Their scorching approach to rhythmic post-punk is perfectly captured on their most recent EP ‘Dizzy Heights’, released earlier this month on the innovative independent label AnalogueTrash – providing a powerful and honest insight into working class life that is as warm as it is witty. 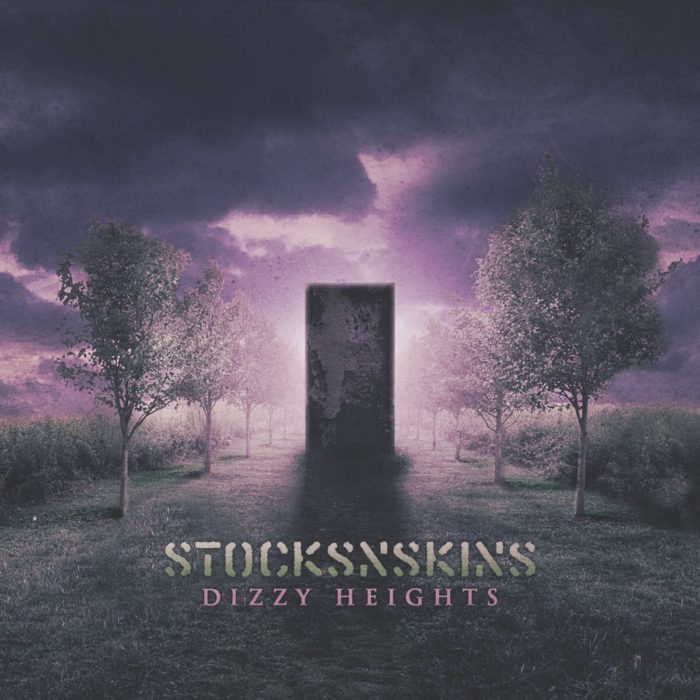 Standing out from much of urban beat-poetry already out there, Ade (vocals) and Rich (bass) are not trying to create a social argument against others. Instead, the rapid resonance of their rocket-fuelled spoken word provides a rich narrative of everyday experience. Themes like ‘otherness’, adolescence and learning to how to develop out of it, are explored and amplified.

Indeed, STOCKSNSKINS celebrate the colourful cacophony of what it is to strive against the odds and how optimism can come from the briefest encounters. The 3-track EP’s first number ‘Summer Blue Skies’ is a fond yet sonically-fierce recollection of gritty young encounters, involving ‘burgundy DMs and pink panther vespas’ as well as ‘cultural crime oozing from the local parks’.

Alliterative and emphatic, but expressed in a no-nonsense manner, this is a track which shows the range of scenarios many people have to face growing up… and how a kind of good can indeed be gained from it. The bass too, builds a hold all of its own, rousingly rhythmic as the track unrolls.

Rather than condemning or out-crying, with their latest EP STOCKSNSKINS underline their ability to create catchy, expressive spoken-word-soundscapes which invite audiences to encounter experiences which may well be different to theirs – building on the previous strength of their ‘Them Today’ EP earlier this year.

‘15 Sliders’ is the new EP’s second track, this time a more ethereal-influenced electronica with elements of post-punk in the mix.

The imagery is intense, weaving through a narrative of eventful nights, the trials and tribulations of personal connections. We meet a character who is ‘scarred for life with pictures of you’ – highlighting how STOCKNSKINS have sussed the ability to paint gritty pictures with well-worked language, bass and beats.
The final number is titled ‘Short Back ‘n’ Sides’, conjuring up a nostalgia of close shaves (literally a well as metaphorically), but with a nowness to it – especially in that distinct electric charge which underpins the vibrant language of the lyrics.

Indeed, this seems to be an EP packed with expressive energy and a skill for noise-channelled narratives which work together incredibly well. It makes an impact too… as STOCKSNSKINS are soon due to appear live in Manchester as part of Foundations Festival (14-15 December). Louder Than War’s Emily Oldfield decided to speak to them to find out more… 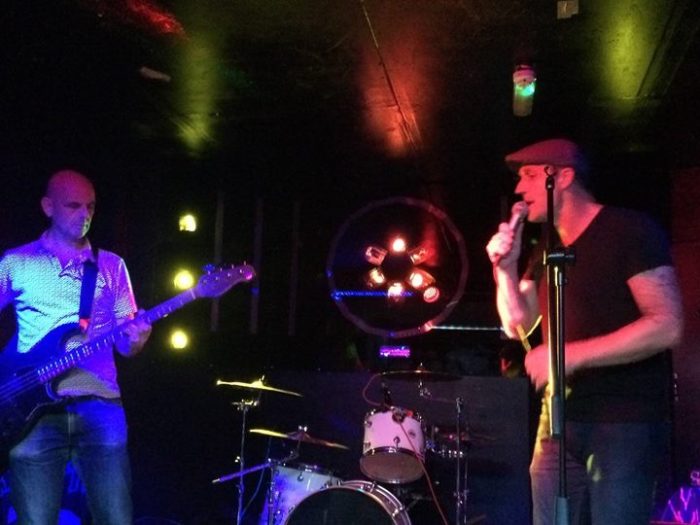 1) Hello Ade and Rich. What does it mean to you to have ‘Dizzy Heights’ out in the world and what makes it stand out, do you think?
“We are so pleased AnalogueTrash has provided a platform on which we can share our music. We think our sound does stand away from the mainstream! We’re really happy with how ‘Dizzy Heights’ turned out, the music beats and lyrics represent different stages of growing up and it’s something people can really relate to.”

2) Do you think there is more of an appetite these days for a spoken-word and bass combo? Why do you think this is?
“We love spoken word and we love bass and when we put the two together, a real powerful message can be delivered. We wanted to do something a bit different, something less obvious. The STOCKSNSKINS template allows us to freely move around putting beats ‘n’ words where we want them.”

3) The lyrics cover working class life and themes. Why is this important and were there any particular events which inspired this approach?
“We have both worked all our lives as our families have before us… if you want something in life you have to work hard to get it. The lyrics tell different stories about stuff that was going on when we were kids and teens growing up.”

Ade – “Experiences have included getting into trouble, sledging in the snow on a bonnet of a ford Capri… ha ha, no idea where that bonnet came from! Watching your local footie team, just normal hanging around stuff. Most of my writing comes from the good old days when kids could be kids.” 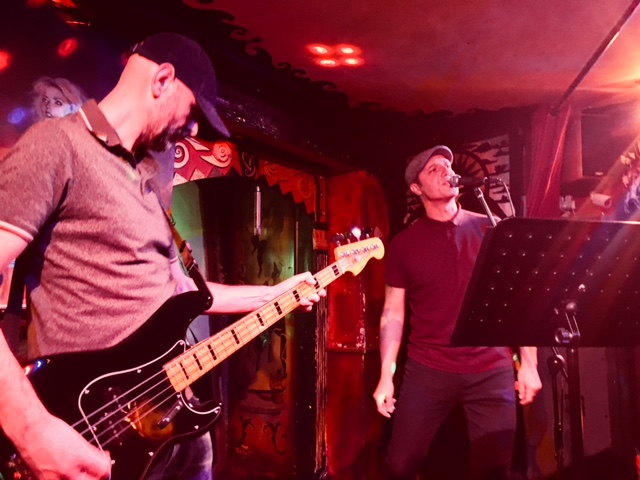 4) Do you think music can be an agent for positive social change?
“We definitely think music has the power to change things socially. I mean just by going to gigs, seeing your local bands and supporting local music venues …it’s a positive thing, right? It gets people talking, involved. There is such a huge void between grass roots music and platforms that can actually make things change – but the more we do hopefully the smaller the gap gets.”

5) Tell us about some of your musical/cultural influences…
“Early Influences come from any form of electronic music – from drum ‘n’ bass, techno, post punk and onto reggae and dub. Nowadays we do lend our ears to the Sleaford Mods too – they deliver a direct message. Jah Wobble’s music figures a lot with us, he’s pretty cool and has such a good sound.”

6) What are your future plans?
“We have already recorded our next release. It’s a 6 tracker and STOCKSNSKINS have taken a slightly different vibe… but we like it. We’re hoping to release it early-ish next year. We’ve also started writing more music, with a couple of tracks kind of done but nothing set in stone. We’re going to air a couple new ones at Foundations Festival in December. Really looking forward to playing there and we’re chuffed to end a successful year on a platform like that.”

The Dizzy Heights EP is out now via AnalogueTrash: https://www.analoguetrash.com/release/STOCKSNSKINS-dizzy-heights It is available on all good digital outlets and streaming services, as well as directly via the label’s Bandcamp store, and more information about the band is available on their AnalogueTrash page.