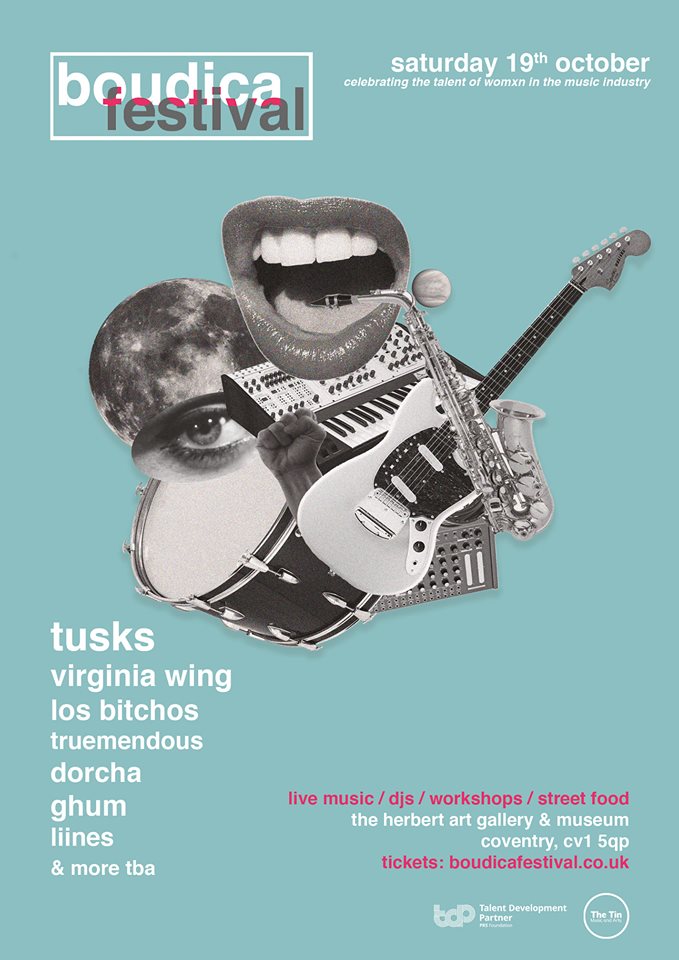 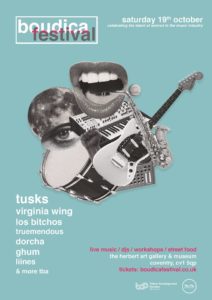 The Herbert Art Gallery and Museum

Celebrating and promoting the under-represented in the music industry.

Now in its third year, Boudica Festival, which seeks to celebrate and give voice to the wealth and diversity of womxn (a term used to express gender fluidity and inclusivity) and non-binary performers, is going from strength to strength if the line-up announced for this year’s festival is anything to judge it by. It’s a list that includes LIINES, Tusks and Ghum.

This year the festival will see three stages of live music including a local artists stage, showcasing the best up and coming talent in Coventry (which will be the city of culture for 2021). Alongside the live music there will be DJ and music coding workshops for budding musicians as well as stalls filled with arts and crafts from local artists.

The aptly named Boudica Festival’s manifesto is to address the issue of womxn and non-binary artists being underrepresented in all aspects of the music industry. Many festivals are now being criticised for their male-dominated line-ups with the organiser’s response being that there aren’t enough women musicians out there to book. Boudica Festival seeks to change this opinion by showcasing womxn and non-binary musicians from across a wide spectrum of musical genres. It is also their aim to use the expertise of womxn sound engineers, lighting technicians and stage managers, to highlight the non-performing opportunities available to womxn within the music industry.

The organisers state: “As women who have worked in the music and events industries for numerous years, this is a subject that’s very close to our hearts. It is great to see that positive steps are being taken to bring equality to the music industry, however we don’t think this is happening fast enough which is why we want to challenge the festival industry by running a specially curated music festival that showcases the best up and coming female and non-binary artists across a wide range of genres. If we can host an entire festival of female artists what is stopping them from upping their female representation on their line-up?

We hope that the event provides people, whatever their gender, a place to discover new music, try something new at one of our workshops and ultimately inspire individuals to kick-start a career in the music industry!”

Los Bitchos – described as The Shadows on a tequila fuelled trip to South America.