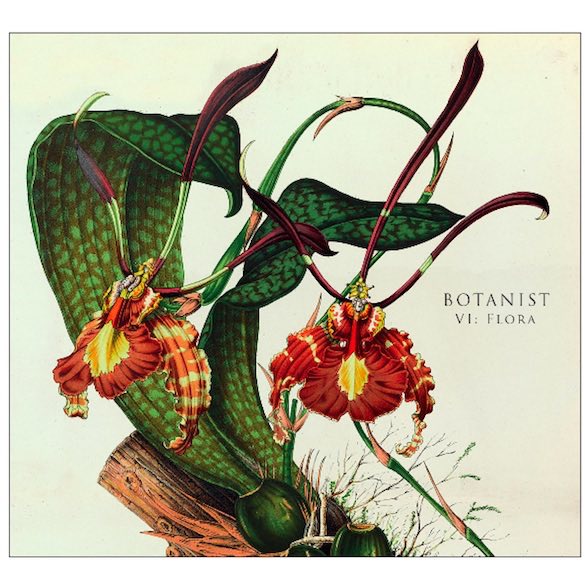 San Franciscan metal outfit Botanist, who John first introduced you to back in 2011, have a new album due out on August 11th titled VI: Flora LP. A couple of tracks have already been released off it and they are typically brilliant – check them out below.

We’re told that VI: Flora is a progression from the misanthropic masterplans of the destruction of mankind at the hands of plants as detailed on the project’s last two albums: 2012’s III: Doom In Bloom  and 2013’s IV: Mandragora. VI: Flora focuses on the wondrous beauty of the plants themselves through a gauzy haze of dream-like sound with the voice of The Botanist acting as spectral underpinning to the reverie.

For those of you unfamiliar with Botanist they are an avant-garde musical project and they’re the world’s first band to use distorted hammered dulcimers as its primary instrumentation. The experimental music further delves into esoterica with a harmonium and a 12-string bass guitar, propelled by unusual drumming that  often features highly atypical time signatures and rhythm shifts. Their albums tell the story of a botanist gone mad at witnessing the destruction of the natural environment at the hands of man. He retreats into a hermitage, surrounding himself with the natural world. In this Verdant Realm, he awaits for the day when humanity will eradicate itself, which will allow for the utopia of flora and fauna to eventually reclaim the earth.

The two tracks below are Callistemon followed by Stargazer.