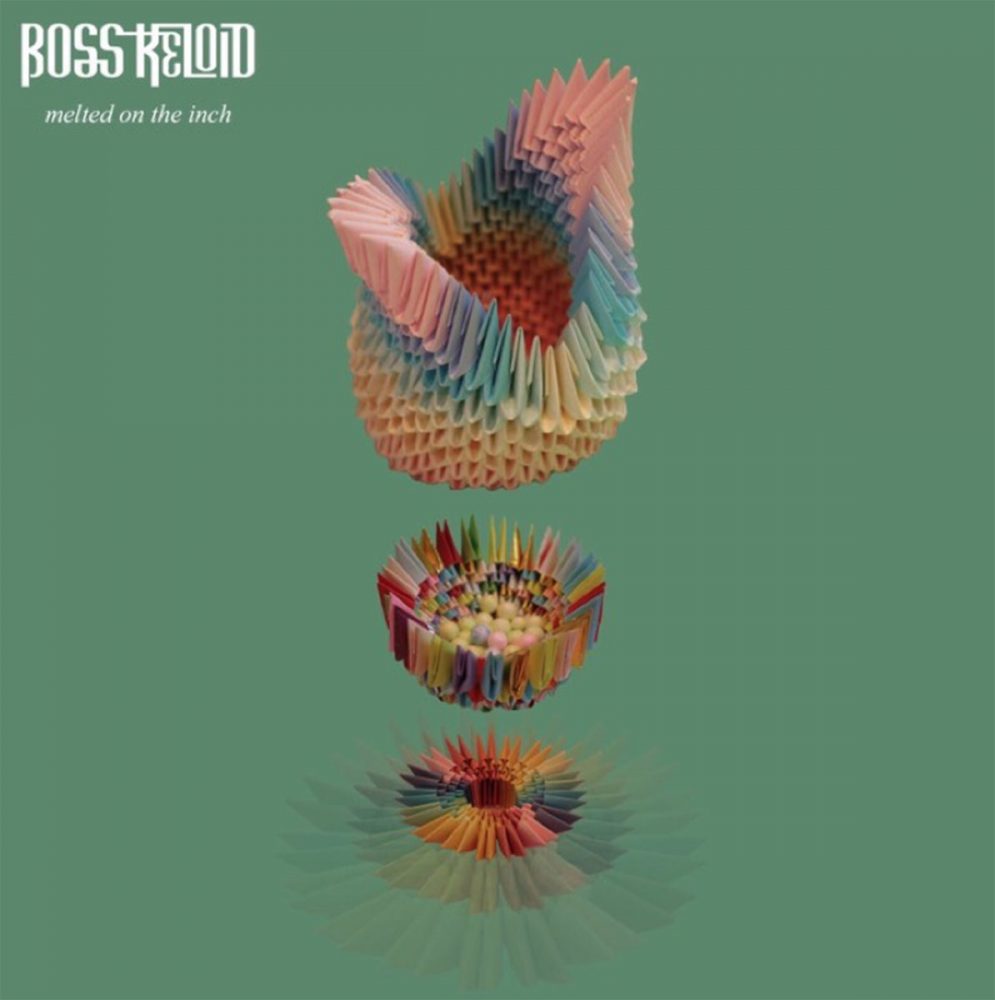 Melted On The Inch

As a band, Boss Keloid have grown immeasurably over the course of their recording career. Melted on the Inch is their third long player and a huge step for them. The Calming Influence of Teeth (2013) was an astute debut with some excellent sludge metal. Herb Your Enthusiasm (2016) stepped things up massively. Tunes such as Lung Mountain and Axis of Green were monstrous. The production was tighter and the band took risks in their sound.

Released via the excellent Holy Roar records, and with the supremely talented Chris Fielding at the helm on production duties, Melted on The Inch contains 6 tracks that have cryptic names. This aspect of the album means that the whole album and the music is up for interpretation. Whatever you make of the titles, the music and delivery of every aspect of the songs is completely top notch.

Chronosiam starts with a quiet hum before erupting in the first of many completely soaring riffs that create a pounding backdrop amongst all the subtle intricacies smattered throughout the album. What makes this opener so special is that the band set their stall out for their metal odyssey. “Let’s sail, far away” sings Alex Hurst. That is truly what you do when listening to Melted On The Inch. Although extremely heavy, the lyrics feel positive and unique on a heavy metal record.

In a similar way, the more mellow Tarku Shavel has reflective lyrics and cleaner lyrics in its introduction. Whilst it is mellower, it still grows into a beast of a track. Peykruve is full of positivity in its cautionary tale of living life; “no time for hiding, no time for sitting in the dark when the life is there to live.” The opening blast of heavy guitars around the 1.20 mark on Peykruve is one of many individual highlights throughout Melted On The Inch. As a voyage of discovery, this album, both musically and lyrically, is something to get really excited about. Peykruve also sees the most Deep Purple moment with the organ penetrating the wall of guitars in amongst the song. A nod must go to the solo guitar work on Peykruve too; it sounds incredibly epic.

Axis of Green was a massive highlight of Herb Your Enthusiasm in that it grew steadily as the song progressed. Jromalih slots into this style as it starts with a punchy introduction which sounds almost poppy, but more technical and progressive. The song grows so that it moves between the melodic and the heavy side of the band. As the track hits full stride in the middle the heaviness is again wondrous. Seamlessly, the track moves back towards more mellow ground before a huge finish. Restrained electronics, psychedelic vocals and whirling keyboards create an infectious blend of styles.

The electronic subtleties of Jromolih continue on Lokannok in its introduction. Lokannok is by far the heaviest thing here; which is saying something as all the tracks are mightily heavy. There is a more sinister side to the track in the creeping organ and the probing guitar melodies. The eruption of the guitars and the strained and deliberately more erratic sounding vocals are immense. “Have you ever really hated something that you should love?” sings Alex Hurst at the mid-point before the track takes a completely fraught turn. It’s impossible not to bang your head and feel like screaming along as the track hits its cathartic crescendo.

Griffonbrass closes out the album with a grungy opening and a massive intake of progressive-metal throughout. The openness of the guitar riffs sound joyous and again the organ provides the bed to the track. In the way that a hum started the album, a hum fades to black. Listening to Melted On The Inch is like being taken away to a different world; almost hypnotized throughout. The duration of the album tics along so quickly that the album demands repeated listens to fully take in what you can experience.

Every track on Melted On The Inch has towering and pile driving riffs that could take paint off the wall. It is lyrically sharp; the album cover is superb and the whole Boss Keloid experience is one that should blow people away. Their live show is second to none and on this recorded evidence, hearing these new songs live is going to be a must see thing. Wigan now has something better than its pies!