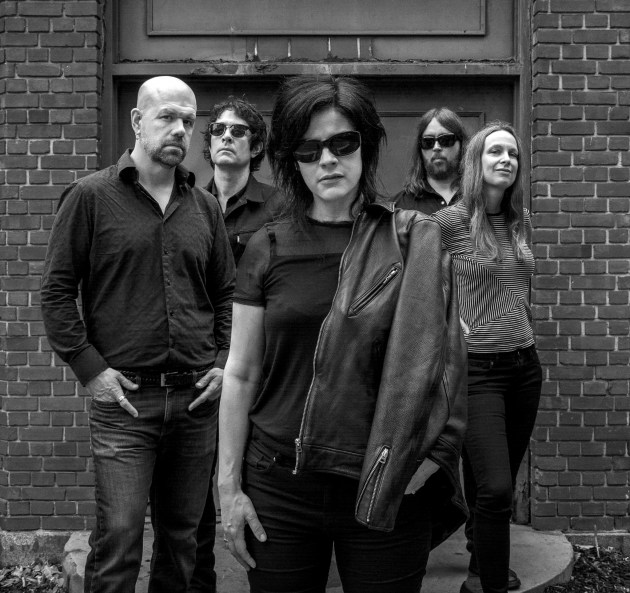 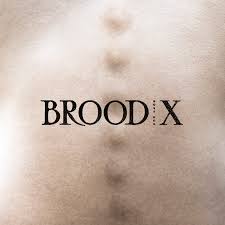 Formerly, of course, of Pussy Galore fame (or infamy, maybe), Jon Spencer and Cristina Martinez are back, with some chums,  to save our souls with the first Boss Hog record in quite some years. The last gasp (or so it seemed) was 2000’s ethereal and sparse Whiteout album but they’ve been reanimating themselves, we’re told, since 2008 when a short run of gigs promised possible new music.

It’s taken them a while- and let’s face it, they’ve hardly been in hibernation during this hiatus – and the current state of the union in their homeland possibly needs some shuddering, bass heavy, fuzzed-out craziness in it anyway. Things have changed in their adopted surroundings of NYC, none more so than the political landscape. Cristina Martinez channels this in her lyrics and the punishing, dark and oppressive sound of Brood X is surely indicative of the times we (and they) find themselves in. This is music for despotic and dark times, for sure. 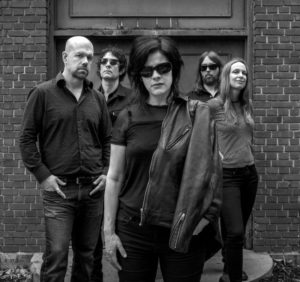 Martinez sounds like the strident and take-no-shit adopted daughter of Grace Slick and Patti Smith. Her arching voice straddles sheer power and introspective whisper on the album and as a weapon, it’s quite something. Opening song Billy finds its feet with a needling guitar figure before, a minute or so in, a bruising, strutting bassline locks in with Hollis Queen’s Can-style sparse drumming. There’s an aching desperation to the song and the electric anxiety in the vocal is almost palpable. Black Eyes starts with churning guitar chords from Spencer before Martinez’s almost-angelic vocal bleeds through the call and response vocal/guitar duel of the verses. Signal has a similar nagging quality and the discrete keys in the background add to the post-punk icy aesthetic.

Ground Control retains the pummeling bass and shards of guitar but adds an almost PiL or early Talking Heads-style funk with its organ swells from Mickey Finn and leaping bass of  Jens Jurgenson. The standout feature throughout the whole album is, of course, the carnal vocals of Martinez. Rodeo Chica has a dense sensuality to it and the fact that Spencer and Martinez croon lines back and forth gives it a certain licentious feel. Elevator also has a pulsing, wanton thread to it and it’s not unlike the playfully thrusting feel of the first Grinderman album. Spencer’s guitar alternates between sweet picked parts and stuttering, vibrato-fuzz chords as the band throb and stab behind him. Formula X is again a strutting, wide-eyed beast with the heart of  underground NYC woven through it. This is a band that has the dirt and noise of their city ingrained in their fingernails; the songs reflect the pulse, danger and clamour of it perfectly.

The album closes with two tracks that are a little more introverted; Sunday Routine has a bass note pealing through it not unlike a lonely ships bell. The lyrics are a clever touch as Martinez intones some deceptively mundane phrases. 17 closes proceedings and adds an elegiac, stately feel to an album that has more layers than is first apparent.

It’s good to have them back.

You can buy the album here and find them on Facebook.

All words by Joe Whyte.