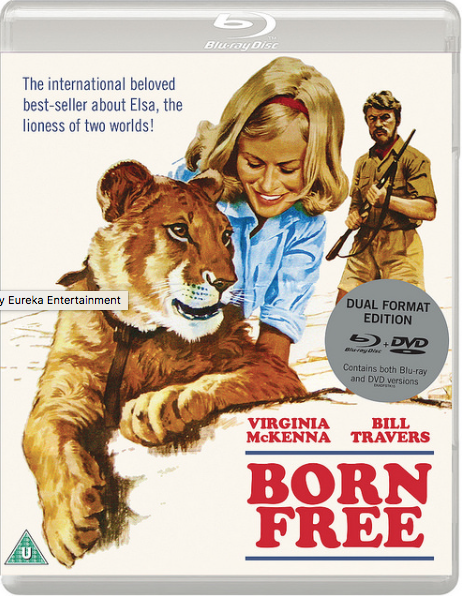 Jamie Havlin takes a look at an African set drama that became an international hit in the 1960s.

Based on Joy Adamson’s bestselling book of the same name, Born Free is a film that I haven’t seen since I was in primary school and I’m not completely sure why as I do remember enjoying it. The only reason I can think of avoiding the movie since is the multi award-winning John Barry penned theme tune, sung by crooner Matt Monro, a soppy slice of schmaltz that gives absolutely no sense of freedom.

Now out in Britain for the first time in Britain on Blu-ray, I’ve returned to the film.

Real life married couple Virginia McKenna and Bill Travers star here as Joy and George Adamson, a real-life couple themselves, living in what initially looks like an idyllic North Kenya.

George, a senior game reserve warden, is tasked with killing a man-eating lion reported by locals after mauling a local woman washing her laundry in a river – a very effective scene which cuts away from her death to show several items of her clothing floating downstream followed by her flowing blood.

After killing the beast, George, in self defence, is also forced to shoot its partner as it angrily charges towards him. Quickly he discovers that three newborn cubs have been left orphaned by his actions and he takes the creatures back to his wife and home where they are allowed to live although they plan to send the cubs to a zoo in Rotterdam.

Yes, they’re incredibly cute and Joy is immediately smitten by the new family pets even when they create havoc in the house in a You’ve Been Framed style fashion. Although she adores Big One and Lustica, it’s the smallest of the litter, Elsa, who quickly establishes herself as her favourite and by the time they are supposed to send the cubs away she has become fiercely determined to keep Elsa, an idea that George eventually agrees to.

Ultimately, as Elsa reaches puberty, she will have to leave though. Although urged to ship her to a zoo like her siblings, Joy makes what appears to be an astonishing decision. She opts instead to train Elsa to become a predator before releasing her into the wilderness. 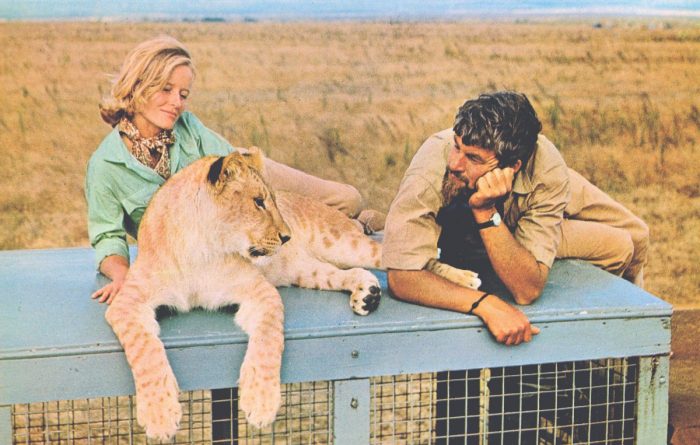 This proves almost impossible albeit it does provide some laughs – there’s a fight of sorts with a warthog that doesn’t go to plan and a first date with a finely maned lion that goes spectacularly wrong.

Engrossing and enchanting, the film proved to be highly enjoyable way to spend ninety odd minutes. Yes, Virginia McKenna’s plummy accent did grate a little during her early voice-over narration and the film veers towards sentimentality occasionally but it definitely won’t be decades before I take another look at it – even if I still don’t rate the theme tune.

Extras include three interesting featurettes on Elsa, the lioness whose story is the basis for Born Free and the work of the Born Free Foundation along with an isolated score track and audio commentary.

For more on the film: https://www.eurekavideo.co.uk/classics/born-free