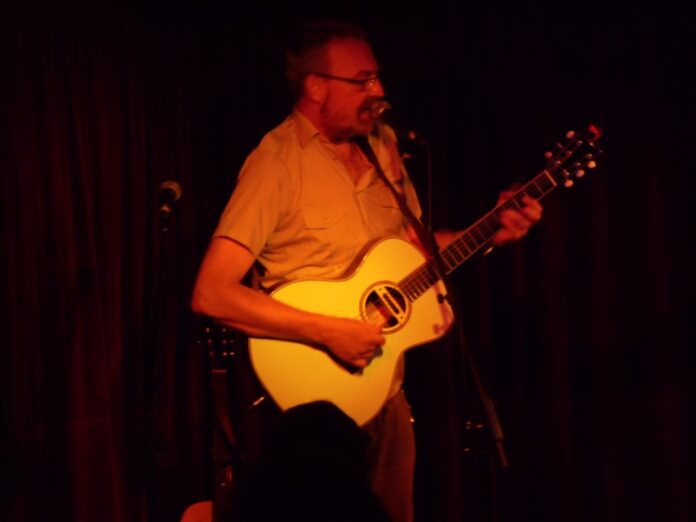 Boo Hewerdine, one of the UK’s best songwriters plays a two night residency at The Green Note in Camden. Louder Than War’s Craig Chaligne reviews the second one.

Boo Hewerdine is probably one of the UK’s most well hidden songwriting treasures. With a career in music dating back to the beginnning of the eighties and more than a thousand songs published, he has a vault of tunes and anecdotes to pick from to put together a compelling performance. He maintains a steady solo touring schedule which coupled with his long term collaboration with Eddi Reader and his other activities (songwriting workshops, scoring movies, writing tunes for other people…) must make him a pretty busy man !!! 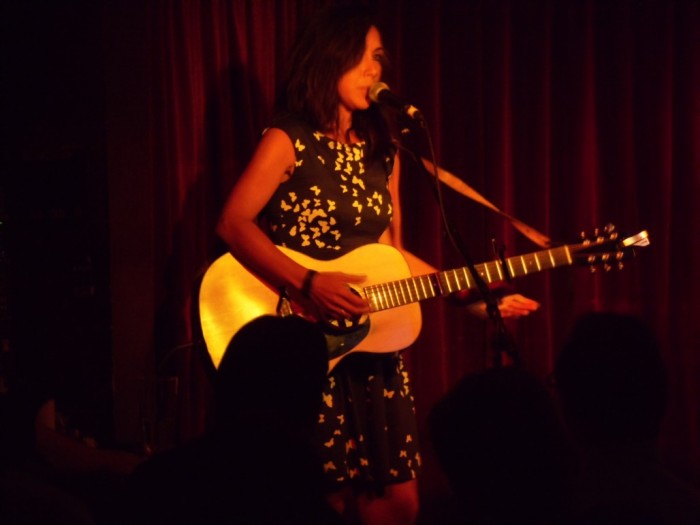 The show was the second night of a short residency at The Green Note, a fine music venue that puts on a very varied type of acts and which has just won Time Out’s award for London’s Favourite Music Venue  2015. Boo’s a regular there and the 2 nights were sold-out. Opening the shows on both evenings was Dutch born singer-songwriter Rosalie Deighton. Her short set saw her poking fun at her creation process as she joked that she could only write songs when she was unhappy. Ploughing the dark underbelly of country music, she went down well with Boo’s audience. Her most recent album “Burning Boat” came out in 2014 and the title track was included in tonight’s setlist, the inspiration behind it being a dream she had of seeing one of her ex-boyfriends on a boat that was burning. 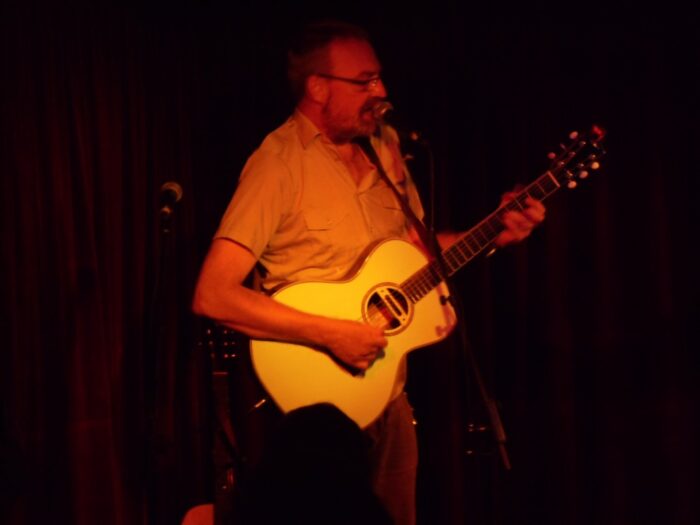 Boo Hewerdine came on stage announcing that he’d just realised that he’d dressed-up like his dad on a holiday in 1974 and launched into “Worlds End”, a song from his 1995 album Baptist Hospital. Having toured in this solo format for most of his carreer, he knows that to pull off a solo acoustic show, you need to keep them entertained so he peppered his set with anecdotes and stories from his career. His rendition of “My Last Cigarette”, a song he originally wrote for KD Lang gets introduced by a disastrous appearance (or non appearance rather) he made at Lang’s launch party for the album at Ronnie Scott’s Jazz club. He quips that the royalties from “Patience Of Angels”, a top 40 hit for Eddi Reader enabled him to buy a new shed for his garden. The vast array of projects he’s involved in was represented by a new song entitled “The Man That I Am”, which will be used soon in a exhibition about Immigration at The Victoria and Albert museum. Another song he wrote for Eddi Reader “Joke (I’m Laughing)” is followed by an excellent tune written by his own son (“You feel good about it until they start writing better songs than you” he joked). He duets with Rosalie Deighton on “Bell, Book and Candle” from his 1999 LP Thanksgiving and gently teases Deighton about choosing him as a producer on her first solo album. The absolutely fantastic “Muddy Waters” probably one his best songs precedes the gentle “Please Don’t Ask Me To Dance”, another tune from Thanksgiving. We then get treated to two songs from Boo’s time when he was the leader of eighties cult band The Bible. An unplugged version of “Graceland” segues into a great story about Boo making a fool himself in the presence of Steve Earle (an episode which is duly recounted in Earle’s autobiography). The gig closes with another excellent song he Wrote for Reader : “Dragonflies” and another song which I failed to write down the name (I think it might be one he co-wrote for for the band Dark Green Tea).