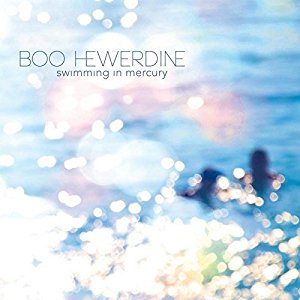 Boo Hewerdine releases his first new studio album in eight years; quite remarkable for a musician whose songwriting prowess is legendary

God Bless The Pretty Things (Reveal Records 2009) if you’re uncertain. His last one. Simply a case of being busy doing other things for other people. Way, or even waaay too numerous to mention, his  array of writing and producing is impressively vast. We did get a career retrospective (My Name In The Brackets – an obvious allusion to his songwriting) in 2014 and 2015’s Open; an album of lost recordings hidden in a box and there’s the rub.  Unassuming and unpretentious, it’s almost feels, although it’s highly unlikely,  he’s a bit reluctant, embarrassed even about letting things go, even though as he sings in A Letter To My Younger Self, he could play like the big I am.

The Born EP midway through last year gave an indication that plans were rumbling. Swimming In Mercury and The Year That I Was Born featured ahead of the album, one that could easily be labelled as what The Beatles might have sounded like in 2017. It’s an album that proves a perfect example of the maxim  ‘write about what you know’; The everyday and the ordinary brought to musical life – A Letter To My Younger Self, My First Band, The Year That I Was Born, Drinking Alone all provide stop offs on the passage through the Boo Hewerdine psyche.

My First Band has that feel of how that first band  might have sounded with the rock and roll coda and we’re just a steel drum or two away from calypso on The Boy Who Never Cried Wolf (anyone recall their own schooldays when – “I fell for the first one who fell for me”). A coat of jauntiness typified by the Drinking Alone shuffle gets added to smooth things from the potential  atmosphere of  general pathos; one that hovers over the reminiscent  look back in The Year That I Was Born yet never descends into gloom and doom.

The beauty of Swimming In Mercury  is in its effective simplicity – a little more than three chords and the truth, but ingenuous and classy songwriting.

You can watch the official video for ‘Satellite Town’ from the album here: