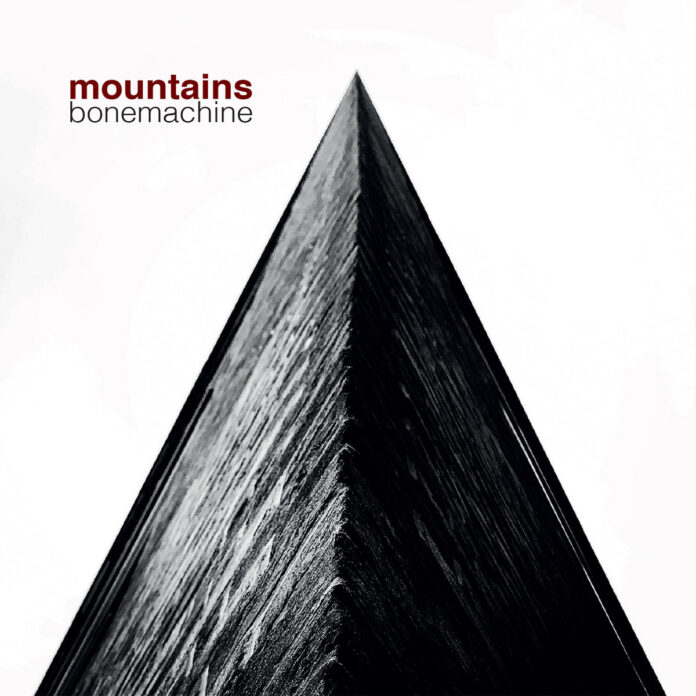 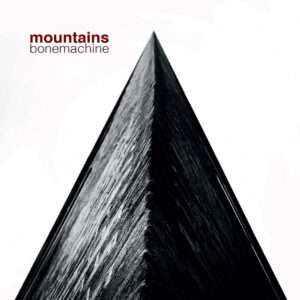 Described elsewhere as ‘The gothic-electro Dark Side of the Moon’ and ‘Depeche Mode mugging the Swans in the back streets of Whitechapel..’ this is a stunning, monumental album marking the end of the band… who say ‘When Louder Than War said that we were ‘odds-on to play at the disco at the end of the fucking world’ they never realised how close they were to the truth!

It was just an off the cuff quip to round-off the review. Almost an after-thought.  I even put (winks) after it…

I found their eponymous album, although impressive, ‘relentlessly dark… polished and faultless… almost robotic’ but ‘Goths making making cinematic dance music’… so ‘Bonemachine are odds-on to play at the disco at the end of the fucking world’ was both a joke, a compliment and a soundbite I thought they’d like. Turns out I’m bloody Nostradamus… what with the worldwide pandemic and all.

The unexpected death of guitarist and founder member James Ost in 2018, after a few sessions for the album had been recorded, mean that this new album takes on a whole new significance to the band… it had to be finished built around his recorded input and it will be their last.

A darkness and intensity was there in the music anyway, but now it is brought into a sharper focus.  Having lost three close friends in the past I am acutely aware of how the music I associate most closely with them will forever be a pointed reminder of their continued absence. So to be the joint creators of the music and to lose a ‘brother’ must be almost unbearable. Yet, without wishing to sound crass, a part of him, his vital contribution to the art, remains, and always will.

The only song written after his death, the elegiac and delicate  ‘There Never Is The Time’ is a thing of beauty, full of grief and resignation, graceful, dignified solemnity.

Mountains is dedicated to James, and to those that knew him the album will be forever a focus for their remembrances.  Objectively though, it is still an immense album – the culmination of twenty years of bonemachine doing things their own way.

A Fall Is Coming is running-speed cyber-goth for fitness-steam-punks to get their metabolism pumping to.

Roses is a punishing crawl with well-deep growl vocals to start, some gnarly and crystalline guitars… ‘cathedrals of sound’, a psychedelic goth mantra.

The monumental Mountains Pt 1 and Pt 2 make up the centrepiece of the album and is music to luxuriate in. Pt 1 has a hint of Bowies Blackstar -probably by sheer coincidence- and Pt 2 reminded me of an album I’d long since forgotten about, Swans -the Burning World (1989 – produced by Bill Laswell, when they successfully covered Love Will Tear Us Apart…)

Snakes is dark soundtrack music to keep you on the edge of your seat which mutates in a funky dystopian dance track. Simon Heartfields 12″ mix adds a breakbeat and extends it to a marathon 10:54. They miss a trick by not calling it the Blade Runner Acid Rain mix in my opinion.

Love Is (Autopsy mix) is the only track I’d skip personally as it verges on being a Heavy Metal Depeche Mode – which may appeal to many people but not me.

Overall though, Mountains is a triumph. Varied, sonically faultless, like any band, the aim to make ‘something new and lasting’ out of the usual elements has been achieved.

Machine music with a soul. Dark songs with a life-affirming quality. Cinematic sounds you can dance to.  Memories and imagination taken flight. Nightmare myths of the near-future captured in song. Ev’ry mountain climbed.

The Final Chapter in the bonemachine story and a remarkable and fitting tribute to their departed member and friend.

All profits from this album will be donated to James son’s education fund.