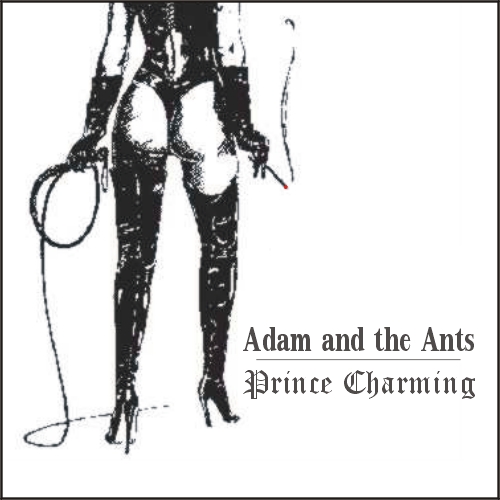 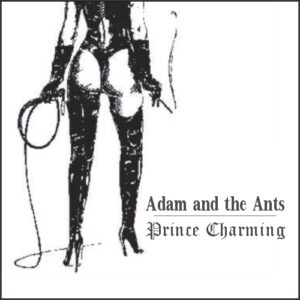 Don’t worry, I’m not about to write about “50 Shades of Grey.” What has actually inspired me to write this is Peter Strickland’s film “Duke Of Burgundy”, a beautiful lesbian bondage-themed film in the finest tradition of S&M film making and possible (very) early candidate for film of the year.

More specifically, seeing the film this started something of a social media debate about how to handle this subject tastefully … Luis Bunuels’ “Belle De Jour” remaining the prime example of how effective a theme it can be; but it can also seem exploitative, sexist and titillating if handled wrong.

However, without the pressure of storyline and visuals, music has been handling this theme very, very well for years now. So have your safe words at the ready as we journey through five key moments which show why S&M seems to be one of the finest muses of pop culture and music…

1. The Velvet Underground Set The Standard

The Velvet Underground, of course, set the standard for a lot of things and it was inevitable that this article had to include them. As the definitive avant-garde act, their attitude to sex seemed appropriately offbeat. For starters, they were named after Michael Leigh’s 1965 book exploring experimental (largely S&M) sex, something they then explored more on “Venus in Furs,” one of the standout moments on 1967s hugely seminal album “The Velvet Underground and Nico.”

Inspired by Von Sacher Masoch’s taboo-busting yet eloquent novel of the same name, Lou Reed’s brooding delivery of lyrics about awaiting servants and “tasting the whip” fit John Cale’s oddly dark viola. The track was also used as the soundtrack for an oddly kinky, avant-gardist ad featuring gimp masks for Dunlop tyres which helped to make this dark, timeless, and definitive track the go-to song when it comes to classic kinkiness meaning that we reckon every alternative act who visits this subject surely owes something to the Velvets.

2. Westwood And Mclaren Put The Fetish Into Fashion

Fetish wear as we know it has been around for a long time. The fetish designs sold by Yva Richard in Paris from the 1920s right up until his store was banished by the Nazi occupation of France, in fact, look exactly like fetish clothing of the present day. However, as part of the punk aesthetic, Vivienne Westwood and Malcolm McLaren took things a whole, subversive, step further when they opened “Sex,” a shop which took the latex and bondage straps of the S&M world and marketed it as every day wear.

This is the ultimate détournement, something the Situationist disciples would very much appreciate. Taken out of context, the latex fetish-inspired look was a shock to the establishment and to the public. Sex assistant Jordan has spoken of the horror of other commuters seeing her on her way to work. S&M imagery infused punk, from Adam and the Ants early artwork to Siouxsie Sioux’s dominatrix type look. (Siouxsie also used to walk her friend around on a leash like a pet dog, as well as writing sexually taboo-busting songs such as the ultra-dark comedy fetish song “Carcass”, about a man in love with a joint of meat).

Détournement remains the key though – the themes of punk music were largely asexual, focusing instead on more social concerns and thus being a fully constructive cultural movement. The fetish look, though, remained integral, and has continued to inspire youth subculture, re-emerging as part of the Goth look from the early 80s onwards.

3. Mute Set Their Own Standard

Mute 01 – “TVOD / Warm Leatherette” by The Normal – is one of those records, like Buzzcocks “Spiral Scratch”, that should be celebrated for its contribution to the story of DIY independent record-making as much as it should the content.

However, the content is pretty special too – The Normal (AKA Daniel Miller) initially released “TVOD” as the A-side, but it was the B-side, “Warm Leatherette,” that got people’s attention being. a dark and cold tribute to JG Ballard’s wonderful novel “Crash” and including the lines…

“A tear of petrol,
Is in your eye,
The handbrake penetrates your thigh.
Quick, lets make love,
Before we die”

…which Miller spoke over an effectively simple synth. It was wry and oddly far more sexy than it ought to be and, whilst not strictly S&M, car crash fetishism was still very much an ultra-kinky taboo.

Later Mute would form ties with Industrial Records, and bands such as Throbbing Gristle and Nurse With Wound took the S&M template and ran with it in a challenging and interesting fashion. It would be another Mute act, though, who would grab more mainstream attention…

4. Master And Servant And Synth-Pop

Mute’s biggest selling act, Depeche Mode, might have been the label’s most mainstream and friendly act, but their synth classic “Master and Servant” which included the lines…

“You treat me like a dog,
got me down on my knees…
lets play Master and Servant”

….blatantly picks up the S&M baton!

Synth-pop and kink, it seemed, were ideal bedfellows.

5. The Raveonettes And Co Bring The Naughty To The Noughties

The Noughties brought a wave of sexually-tinged, female-centric bands to the fore, such as CSS, the Yeah Yeah Yeahs, and The Kills, but it was the Danish duo The Raveonettes 2003 debut album “Chain Gang of Love”, a kind of neo-noir odyssey through a sleazy, Sin City-esque underworld, which showed that the S&M muse was still very force.

With such lyrics as…

“Chains,
Black leather and sex,
It’s not that complex”

…and the unflinching “Sado Sue will make you scream” line, the lyrics are overt and carry extra weight when delivered somewhat sweetly by the bass player and co-vocalist Sharin Foo, a tall polished blonde who appears a kind of hybrid between Nico, Catherine Deneuve in Belle Du Jour, and Sandy at the end of Grease if she had put that cigarette out on Danny’s arm. But what’s really noteworthy is the delivery of these lyrics as droll, detached, and out of the mouths of the almost inevitably black-clad individuals … which of course brings us right back to The Velvet Underground!

I think the reason that S&M has been such a fruitful muse to alternative music is because it is just that: alternative. From the obvious, like the whip-cracking, often homoerotic synth bands to more unlikely characters (Morrissey singing “I crack the whip / you skip / but you deserve it” on The Smith’s “Handsome Devil,” for instance, or the pop charm of James’ “Laid” thinly veiling a heavy bondage theme) those figures created something that steps outside of the mainstream that treated sex the same way in their lyrics and imagery.

However, in the post- “50 Shades” age, in which This Morning run a (in my opinion) totally unsuitable feature on the best S&M toys in a mid-morning slot under the incongruous guidance of Philip Schofield, the sublimation of bondage into the mainstream might cause it to be a less appealing image for the avant-garde and the alternative take. However, I don’t think this will last.

Such an enduring relationship can’t be separated for to long…