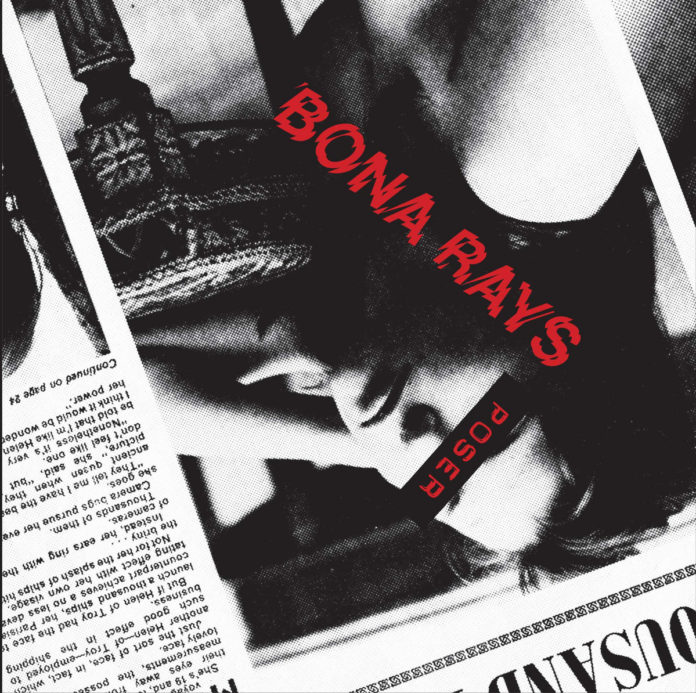 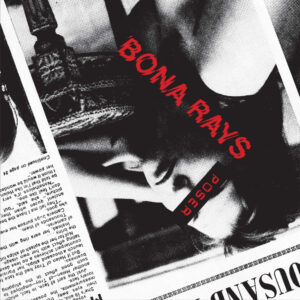 This is one for those obsessive Collectors of Rare Punk Vinyl and obscurities which no-one-else has!  Only one acetate existed, unreleased for decades, until now!

Poser (or poseur) is a great punk-rock, class of 1977/78 word. And a perfect song-title for a lost gem from the era. Like ‘vile’ and ‘poxy’ it was in common usage in the Rotten lexicon of ’77 Punk.  The only worse insult than being called a poser was being called a plastic (punk).

The Cortinas adopted a ‘Defiant Pose’ (against the life you chose...) the TV Personalities recounted ‘Posing at the Roundhouse’ (When Billy’s there…):  Poly Styrene of X-Ray Spex was a ‘Poseur’ and didn’t care, she liked to make pee-pull stare… there was a classic fanzine called New Pose.

Poser is just such an archaically punk-rock word, so a long-lost, never-released song from the era called Poser is quite a find.

Sometimes music remains unreleased for a reason.  Because it’s shit.

That is just not the case at all with this, although if I was being pernickety I would dispute that it’s “the great lost UK Punk Single” musically, but aesthetically it is a very cool & interesting piece of Messthetics / new wave pop – in the vein of Desperate Bicycles with stylophone keyboards a la The Normal undercutting the fuzz guitar.  It is a great period-piece with beautifully put together art-work and a fascinating back-story. The singer being a woman of colour makes it socio-politically notable as part of the submerged feminist/black history of the music of the era.

What is vital about the song is how it’s part of punks in-built critique of itself as a ‘movement’, in the same way that How Much Longer (ATV), Part Time Punks (TVP’s) or the End Is Nigh (the Unwanted) attacked punks perceived tropes in the minds of new-found followers.

A foreshadowing of Common People by Pulp by some decades

Rock Against Racism on her lapel / Rock for money in her brain / Yes, she’s a poser

Hints that the received wisdom about punks anti-racist stance may have been ‘a pose’ to some.

The B-side is reggae-tinged slice of lo-fi new wave which for some reason made me think of Peel fave and lost classic from the era, Clive Pig & the Hopeful Chinamen! (Maybe that’s just how my brain works – it’s nothing like it!)

The full background to Bona Rays is covered in a print interview in the latest Record Collector Magazine and there is another one here in Fear and Loathing.  But here is the song, for your listening pleasure, followed by the press release info about how the single came to be discovered and released.

Back in 1978, Punk Songwriter and Guitarist Tony Keating had a few songs he’d written and was looking for a singer. A friend encountered Chas at a tube station after a gig and asked her if she was interested in singing on Tony’s tracks. She’d been singing to herself on the platform before climbing across the tracks to rip down a poster that had taken her fancy. A few weeks later, they had christened themselves Bona Rays (Good Looking in Polari) and were in a studio in Highbury, North London cutting two tracks. They punted this single around the record companies, but to no avail. The acetate from the sessions sat in Chas’ cupboard, while Tony kept hold of the master tape.

40 years later, Chas was moving house and decided to sell her records. She took them to Flashback Records where owner Mark Burgess bought the collection. In amongst these records was an unknown 7” acetate. After Chas left the shop, intrigued by this oddity, Mark played ‘Poser’ on the shop system. Fate stepped in as Chas walked back into the shop at that moment to sell a few DVDs she’d forgotten to bring along earlier and said – “Oh – you’re playing our song”.

And what a song it is – of such coincidences history is made.

Seeing the importance of this otherwise unheard Acetate, probably the only UK punk single recorded in the 1970s fronted by a woman of West Indian descent, Mark suggested to Chas that they release the single on Flashback Records. Chas was still in contact with Tony and they both very happily agreed to release Bona Rays long lost ‘Poser’ and the B-Side, Getaway Blues.

Wanting to do the release properly, Mark got in contact with Punk enthusiast Josh Saco, who happened to have a background in print, and enlisted the help of Russ Bestley to design the sleeve. Josh was keen to do as close a facsimile as possible of a 1978 7” Single Sleeve with authentic paper and print style and Russ came up with a sleeve which would look entirely happy sitting on the shelves of Rough Trade in 1978.