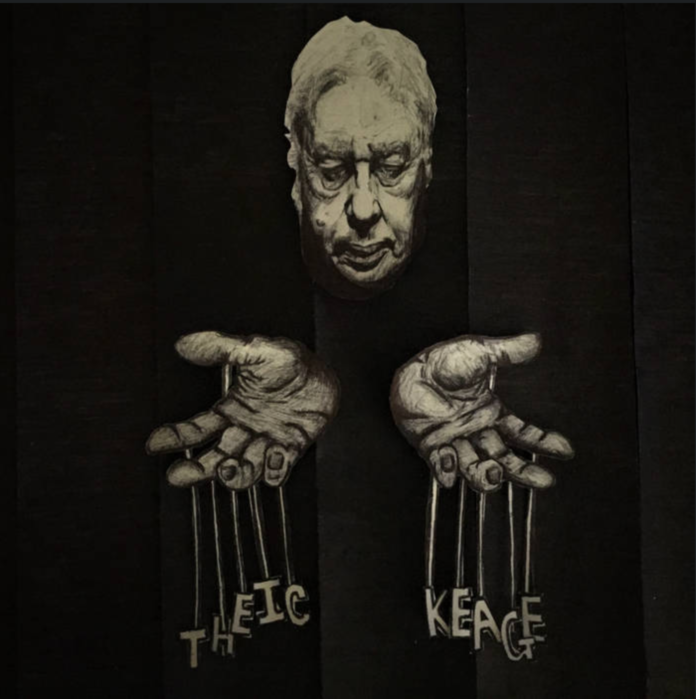 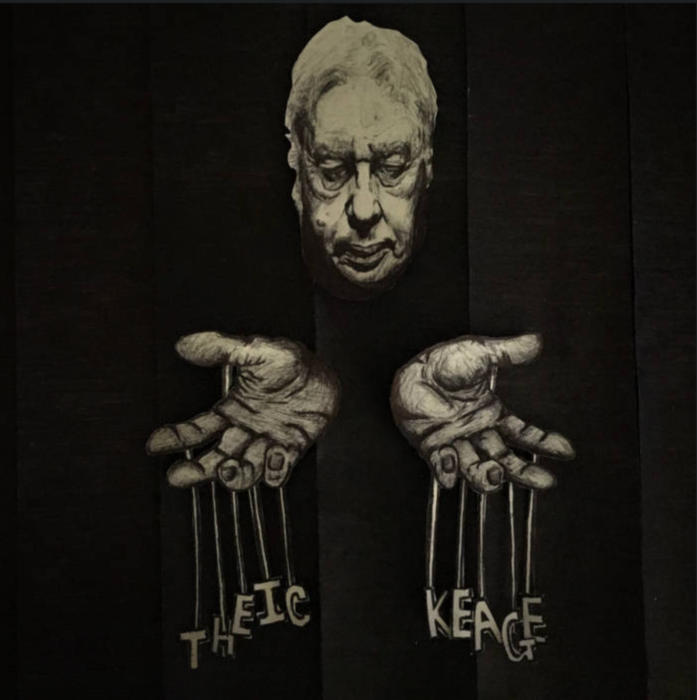 The group’s second album, Word Wall 2, was released in November 2019. You may recall this previous lifetime as the more halcyon days of getting Brexit done, and chuckling at harmless memes of Alexander Boris de Pfeffel Johnson.

Five months later, this Tory gaggle of free market zealots are starting to seem less funny; less patriotic; even less trustworthy (!) to the bootlicking masses. The cynical amongst you may start seeing cracks appearing in the Overton Window.

But don’t get your hopes up.

Although breaths of fresh air might now be harder to come by, it is refreshing to hear how groups are starting to document the end of days, be it through livestreaming gigs or releasing music more swiftly to keep pace with the Four Horsemen. From the opening bars, it becomes apparent ‘The Icke Age’ was written and recorded in a state of self-isolation. Although it’s doubtful it would get government approval.

Lyrically, Nick Power (By the Sea) and Austin Collings (author and narrator in chief), uncover the lie of the land. Triumphant mistrust, algorithmic rabbit holes, and the jail door slam of gritted teeth;

What follows is a treatise on the national psyche. From machine gunned racehorses to Lady Di. Red top obsession turned inside out with no solutions offered up. Just brutal confusion.

Besides the mentioned line-up, Bomb Sniffing Dogs have previously drawn on a coterie of artists and collaborators linked to The White Hotel in Salford. For this single, they enlist the talents of Tommy Bradley, whose artwork depicts David Icke as a puppet master, appearing from behind the mysterious void of Illuminati curtains ™. Or, depending on your preference, disappearing into the dastardly drapes in a blaze of chemtrails.

It would be remiss not to mention the daily updates of apocalyptic scenes, viewed my millions, worldwide, who have now entered a stage of lockdown. But enough of the Lizard King and his 5G disciples. Here’s to the Icke Age.