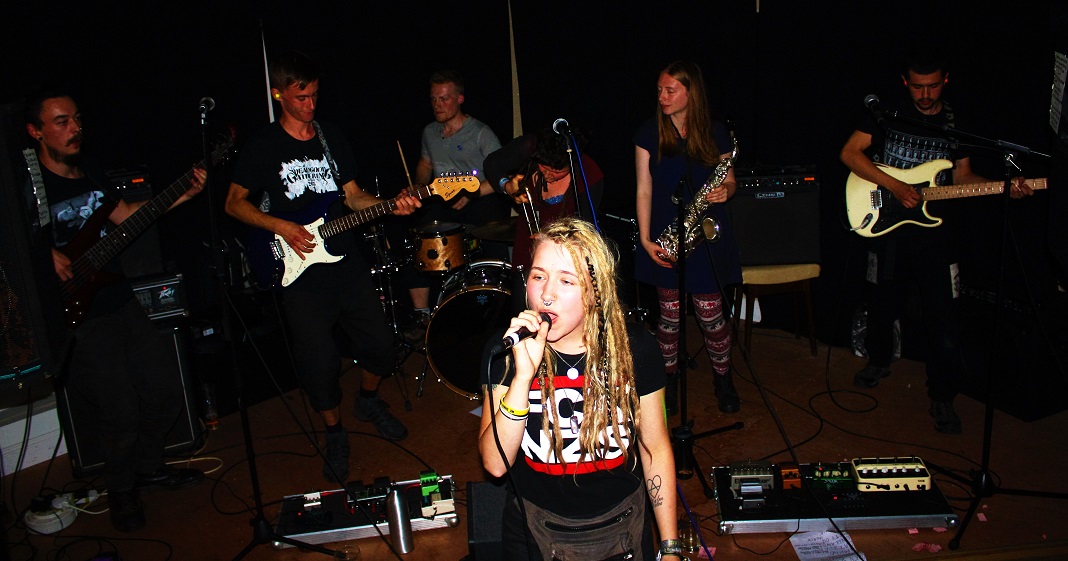 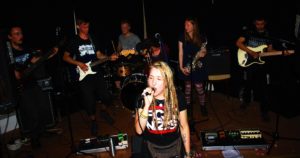 Wow! What a great gig… The second of such at The Comrades Club, tucked within the medieval walls of Conwy. And what a great turnout..! When you consider that a lot of bands end up playing to the other bands on the bill (if they haven’t gone home straight after their own set), then tonight shows people do exist and we can all have a great time!

And what a varied line up – giving us post-hardcore, hip-hop, weird and ska… All put together by someone who’s into grindcore!

Local starlets Maines open proceedings.. Always quiet, bashful and unassuming offstage, only to turn into the band that will bring down governments as they shake the foundations of this picturesque town. You may have heard that this week they released their debut EP ‘Frequencies’ and we were treated to most of it along with newer stuff that only adds to their soundscape repertoire. Finishing with the segued Parallax and My Cull Cain the crowd response was reflected by the number of CDs that flew off the merchandise stall.

Out on parole, on day release from Holyhead, Sleep Beggar are an outfit to behold. If you’re yet to delve into this darkened world, then do so at your own peril… 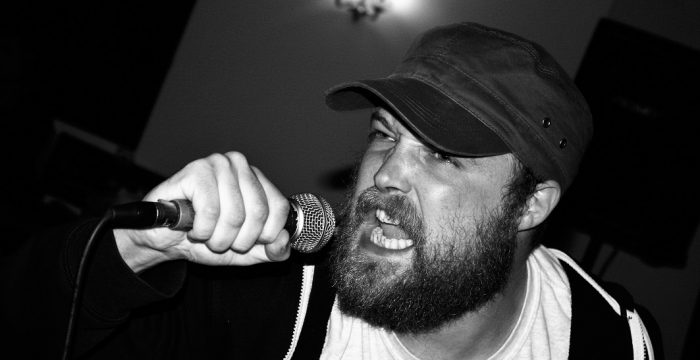 Hip hop was always something I kind of tolerated for John Peel’s sake. A lot of it was misogynistic nonsense. Sleep Beggar, like a lot of modern day artists have taken this genre underground, made it darker; un-popped it and OWNED it. Social attitudes, personal traumas and your dilemmas are worn on Jamie’s sleeve as he pounds both the floor and his head to deliver his message.
‘Nick, I need to stop smoking’ he gasps to his Amlwch sidekick, busy delivering the beats, and then drops the mic to shout a rant, or rant a shout, before revving back up to finish with the excellent Troublehunters and the equally excellent Stitching. On tour this month and next month – see Sleep Beggar locally in Rhyl and Bangor before they head out on a 15 date jaunt.

I’ve liberally covered Conwy’s Bonzai Massacre over the last few weeks and I have to say this is the best I’ve seen them. Limited to 29 minutes instead of their usual three hour set, this was a greatest hits performance. That weird metal driven riffage backed by punk rock drumming with a chunky bass and that angry voice from the back. Screaming a message of anger and despair… Bonzai Massacre wouldn’t have subtitles, they’d have it spray painted on the walls of parliament. Great stuff…

Keeping that anarcho theme, our guests this evening are Liverpool’s Bolshy – all seven of them (the bassist should be hidden in the pic – he plays a seven stringed bass, so deserves to be left out for showing off..!!). They are radical, anarchic, bolshy and scouse, and if you don’t believe me check out their EP ‘Radical, Anarchic, Bolshy, Scouse.’
It’s punk rock ska with a superb brass section and a very strong message… ‘We don’t need national pride, we need to have pride in each other.’ Never a truer word spoken in these troubled bonehead times.

I was marvelling at Bolshy as they we smashing out ace song after ace song before a throng of skankers, dancers and moshers – I wonder how they got together? How like-minded people decided to form a punk-ska band… I don’t really care; what’s important is they’re doing it and enjoying it and, as importantly, we are enjoying it too.