Home Music Bohren: Interview With The Stunning Band Who Switched From Hardcore To Ambient... 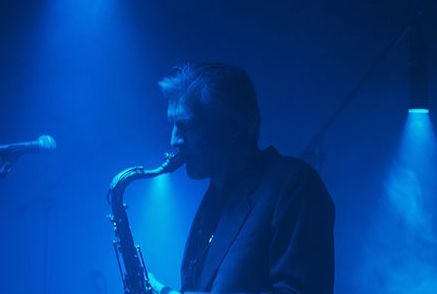 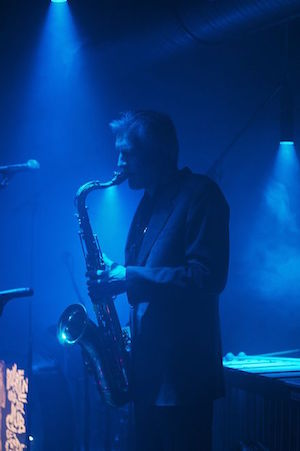 Bohren are a living example of one of the more extraordinary musical mutations that a set of musicians could take; their switch from hardcore punk to what could be described (and we use the word could advisedly here) as dark, ambient jazz is an extreme one and, to be honest, one we find pretty inspiring.  We caught up with guitarist/pianist Morten Gaß for a quick chat during a European tour for their LP, ‘Piano Nights’, which (outside of the German dates) includes Rewire festival in the Hague, the Netherlands on 7 November and a gig at St John’s Church in Hackney on the 8th.

Louder Than War: Atmosphere is important to you; and you make incredibly tense, immersive music (for music that often passes by at crawling pace!) what do you think is the main impetus to make music in the way you do?

Morten Gaß: The main reason why we play our music this way is because we want to hear exactly such music. Mercilessly slow bar music without diversification and compromise.

Germany’s well known for having strong hardcore/punk scenes and networks, so why the transition from the hardcore punk scene to the music you make now? Was it a case of getting bored with the punk scene?

Every scene gets boring after a while. No matter if it´s punk, metal, jazz etc. But probably we were not aware about it in those days. We just wanted to do our own thing. Actually, we still feel right at home nowhere.

I would love to know what the first reactions were when you all changed direction. Your first live shows after giving up the punk must have been something else.

The first show be played under the Bohren banner was 22 years ago with Supertouch from New York. The hardcore audience was not very enthusiastic. Let´s say we get used to play in empty halls very quickly. This was probably because we played only at punk concerts until the Millennium.

Do you think people are confused by what you do in general? It seems that EVERYONE wants you to define your music; and you get responses that range from taking Bohren incredibly seriously to that of a cabaret act?

It is total ok for us not to be everyone’s darling. We take our music very seriously, too and are proud about what we do.

Or is it one great metaphysical joke you are playing on us? You are a ballads band, or making elevator music, what next?

This question could probably be addressed to any band that is not into mainstream music. I mean what would my mother say about Merzbow or John Zorn? Are this guys joking? Is it just art because it is loud and noisy? Are ballads for wimps…? We say no!

I think you are really into the tiniest detail, is that correct, or am I imagining things?

You think is our music is very elaborated? Yes, it is. Spontaneity is our mortal enemy.

This may sound weird but I feel your music has some links into heavy industry; there’s this melancholy about it that ‘feels’ industrial; the sort of thing you’d listen to after coming off a night shift…

I once worked for Krupp and Mannesmann for some years. My condition after a night shift is tired and empty. Two verbs which definitely belong to the Bohren vocabulary.

Are you transmitting any vibes from your background in the Ruhrgebiet? Are there any specific elements in your sound that you’d say are German?

No, it does not matter at all.

You’ve worked with Mike Patton, anyone you’d love to collaborate with? I remember you’ve mentioned the great James Last once in aninterview, what about him?

Well, that must have been a bad joke from my side because I know that Christoph finds James Last goofy. While we admire a lot of people but we keep the ball rather flat.