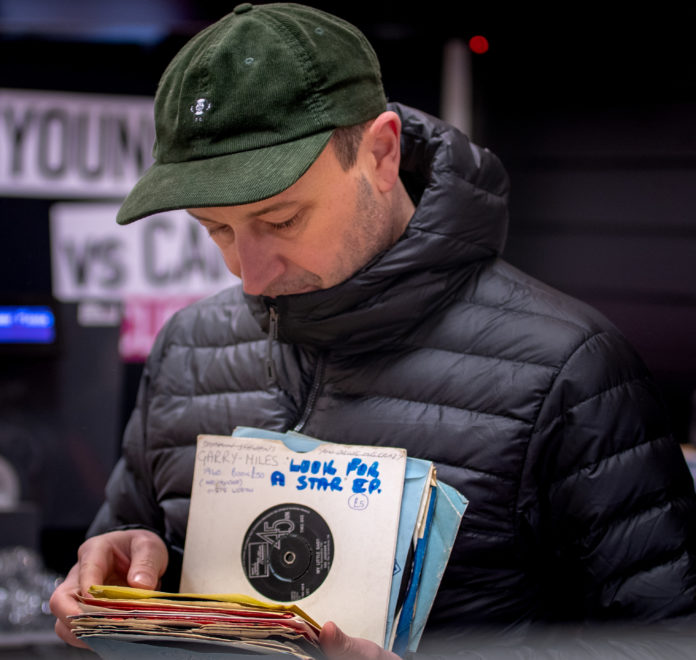 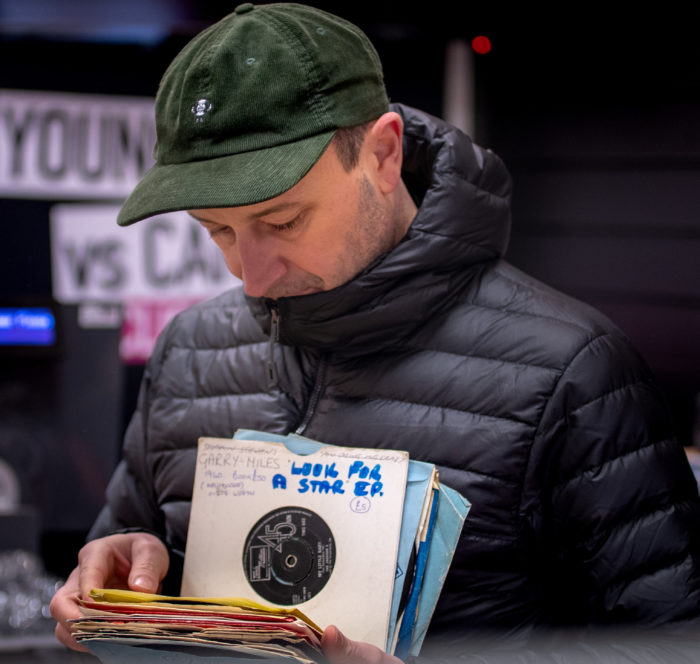 After releasing his semi-autobiographical album ‘Forty-Five’ in 2019, Bristol’s Boca 45, AKA DJ Scott Hendy is about to embark on a brand-new project, starting with a new release on the 1st February 2020.

His new Donuts series will see 5 limited edition (300 stamped & numbered) coloured vinyl 45s released throughout the year, and he’s kicking things off with the very aptly titled ‘Powerful,’ co-written by and featuring Hannah Williams on vocals.

“When Scott/Boca 45 reached out to ask if I would like to collaborate on this exciting new collection, I jumped at the chance. He presented some tracks and gave me the freedom to play around. I was immediately tantalised by one track with the working title of “No Borders.” This provocative title took my thoughts straight to the news articles I had just been reading that morning about certain frightening behaviours demonstrated by both Bo-Jo and Trump. Particularly the “Walls,” both physical and figurative, being built to prevent the freedom of movement. What became the chorus paved the way for the rest of the lyrics. The over-arching themes of the lyrics are the abuse of power/privilege/wealth and general deceitful conduct which any person with half a brain cell can see straight through like cellophane. These are not exactly new themes, but I am hopeful this track will bring some soothing solidarity to those who are frustrated with the apparent breakdown of democracy we are now experiencing. “You may be powerful but that doesn’t make you right!”

About the Donuts project Boca 45 says:

“With “2020 Donuts” my aim is to create a whole record from the 2 tracks released every other month throughout the year but keeping everything close nit (& limited) for my loyal wax customers. With music streaming things can get lost and slip through the net, but I like to think that people still appreciate tangible vinyl releases and the fact that each one of these Donuts are LTD strictly to 300 copies and numbered hopefully make them extra special. As with all of my collaborations in the past it has to be an organic collaborative process of working with likeminded vocalists and musicians, where there’s a mutual respect for each other’s art and all parties want the best for the track or project. It’s a quick follow on from the “Forty Five” LP for me, but I feel I’m moving in slightly different musical territories for Boca and some tracks have a strong message in these political testing times, but as always with one ear (& eye) fully on the dance floor for the Disc Jocks!”

Music with a message, Boca 45 will be releasing a music video for ‘Powerful,’ mainly consisting of an image painted by Felix ‘FLX’ Braun and Jack Dones (AKA Paintsmiths) called ‘The Kiss Of Death.’

To buy your copy visit here