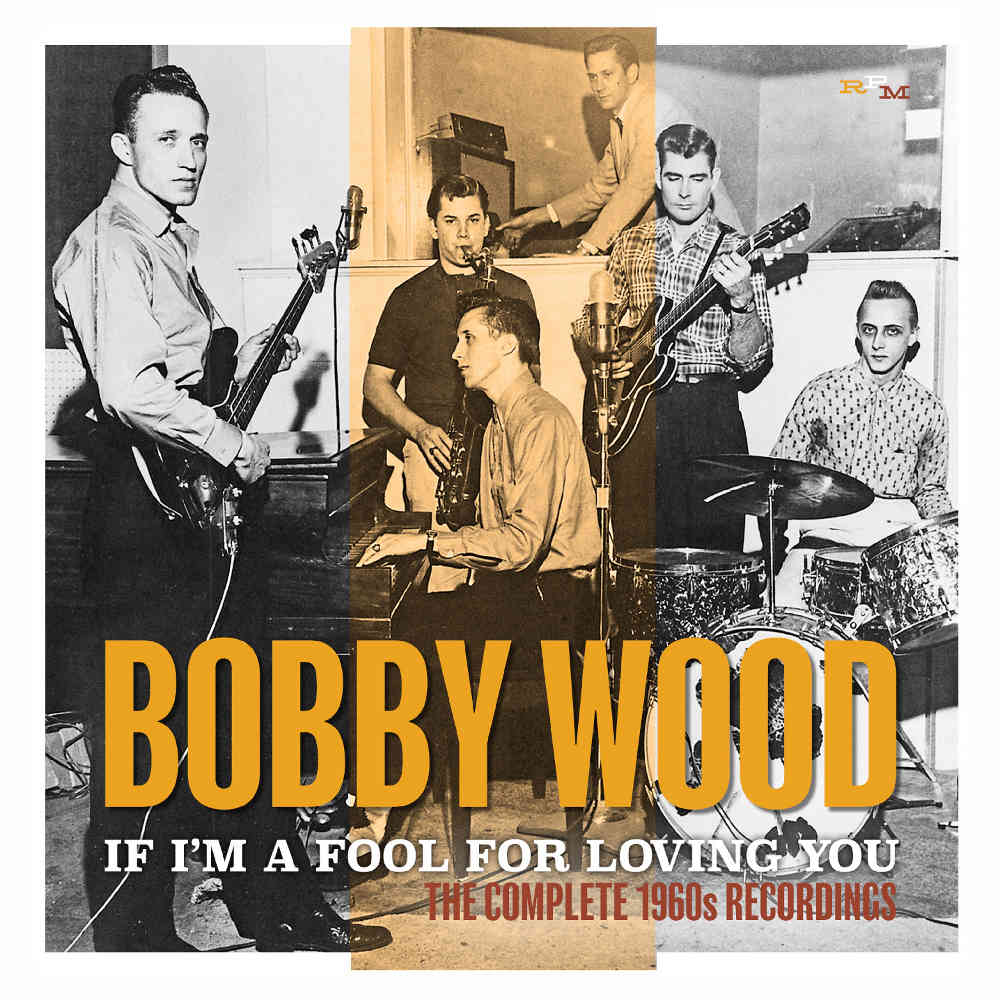 Bobby Wood – If I’m A Fool For Loving You 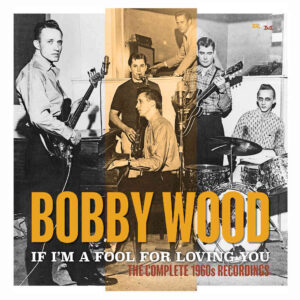 The complete 1960s recordings by singer and pianist Bobby Wood, who recorded for Sun Records and played on sessions for Dusty Springfield, the Box Tops and Elvis Presley among others…..LTW’s Ian Canty relates the story of a man who overcame adversity to become a legendary figure in Memphis music…….

Mississippi born Bobby Wood lived just a short jaunt away from one of US music’s strongholds in Memphis and music ran in his family. His grandfather Walter was a musician who opened his own successful singing school and Wood’s father, though a sharecropper by trade, also encouraged his clan in song and music. A disastrous house fire when Bobby was an infant would leave the family without indoor plumbing and electricity, but the family rebuilt and carried on with young Bobby starting to show a blossoming talent on the piano. The children of the family gained exposure appearing on the local radio show their father hosted and a family friend with a connection to Sam Phillips led to them recording at Sun’s studios. There the kids met Elvis Presley, who was just then on the threshold of worldwide fame.

As Elvis’ career took off Rock & Roll became the preoccupation of the vast majority of America’s youth and Bobby was no different, putting together the Bobby Wood Band. On hearing Jerry Lee Lewis and being a pianist/singer himself, he knew what direction he wanted to follow. His band debuted in 1959 with a single entitled Love Is My Business, on the Vin label after Sun passed on them. Wood moved to Memphis to further his career, moving in with his brother Billy and the duo soon launched a band called the Starfighters. Meeting songwriter Stan Kesler was important and again brought Bobby into Sun’s orbit, but once more he was rebuffed. Phillips noted that the young man was modelling himself too closely on Jerry Lee and encouraged Wood to be his own man more. His next visit to Sun was successful and in 1961 he recorded the Human Emotions/Everybody’s Searching single for the imprint. However it seems the record was only ever pressed by Sun on a few promos. It was another year before Everybody’s Searching was released on Pen, a label Kesler wa co-owner of, this time with The Day After Forever as the A side.

The record got some radio play and positive reviews, but did not make a showing on the charts. Another couple of singles got encouraging signs before ultimately disappearing and Wood enlisted in the military in 1963. It was while serving in Fort Knox that he got a weekend pass to record his first hit If I’m A Fool For Loving You. It was while touring after the single had slipped out of the charts that Wood was involved in a horrible auto accident and lost his right eye.

Showing considerable character Wood was back recording by summer 1964 and scored with a minor hit That’s All I Need To Know. He released a number of singles in the 60s after that which were always well regarded, but didn’t make the charts. With Memphis music booming he was recruited Chips Moman for some sessions which eventually led to Wood becoming a member of the Memphis Boys backing group who memorably supplied the musical support for Elvis on In The Ghetto and Suspicious Minds. Bobby became a go-to guy for sessions and played on records by over a hundred artists including Emmylou Harris, Johnny Cash, Ringo Starr and Dionne Warwick.

This new collection compiles all of Bobby’s recording during the 1960s. The first batch are interesting because they are good examples of kind of pre-Beatles Pop Music that isn’t really turned out by anyone in this day and age. Jaunty, slightly rockin’, tinged with country, but catchy and accessible for most everyone. As such, it sounds fresh to the ear in 2019. Tunes with straight popular appeal like you might hear as background music in “Happy Days” and Everybody’s Searching hits the right buttons in its jolly boogie style. Though a long way from his Jerry Lee Lewis roots by now, Bobby gets the chance to tinkle the ivories effectively on the lively You’re Gonna See and That’s All I Need has some neat guitar and a full-bodied vocal.

The hit If I’m A Fool For Loving You is well-crafted, plaintive Country Pop, its serious tone immediately undercut by the Coasters’ style saxophone wackiness of (My Heart Went) Boing! Boing! Boing!. Following there are some acceptable Country ballads, but you can see why Wood made little headway in the face of the British Invasion. He probably sounded a little old-fashioned at this point in time.

Signs of better things to come are heralded by the dirty sax and Blues feel of Cry, Cry, Cry – raw in comparison to what has gone before and the influence of the Memphis-based Stax Soul label was nudging in there too. As we reach the end of disc one and 1965, Wood was offering up a more substantial musical palette, with the driving R&B of Fool’s Paradise garnished nicely with a horn section – something which became a fixture in his work during the latter part of the decade.

Disc 2 here opens up mainly with recuts/previously unreleased versions of tracks featured on the previous disc, but I’d Rather Forgive you is another sign of his changing methods of operating, being a sparky bit of Country Rock. My Last Date (With You) is marvellous with a Soul organ sound and some great work by the brass section. Wood’s voice was more than serviceable for this type of material and he could also impress on the odd straight country ballad like the mournful, strings-heavy Say It’s Not You or the emotional and very pretty Mary (Don’t Read In Between The Lines). (Margie’s At) The Lincoln Park Inn is everything one could want from Country Soul – gently funky, sad and very cool indeed and I’m The Name Of Her Game has some fine trumpet work. These two songs are excellent and end this set on a real high.

If I’m A Fool For Loving you is a good collection which works as a bit of a time capsule as well as a compilation. Over time Bobby Woods went from Rock & Roll hopeful to Pop balladeer, before finally arriving at the point where Country meets Soul and a great job of it he did too. His early work puts a focus on a seldom thought about period in American popular music, after the Rock And Roll boom had petered out and just before the Beatles’ influence came along. Today these sounds seem fresh and his later work yielded some real gems too. As the sleeve note implies, it is high time more people knew of his accomplishments and this 2CD set is an ideal place to start.