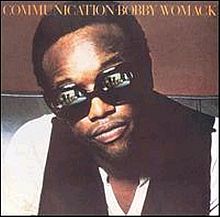 His work as a session musician can be heard on records by Elvis Presley, Aretha Franklin and Dusty Spingfield. In his solo career he produced albums through the ’70s, ’80s and ’90s and provided the title track for blaxploitation film Across 110th Street.

In 2009 he was inducted into the Rock and Roll Hall of Fame and in 2010 Albarn had Womack guest on Gorillaz single Stylo. Womack continued to work, recently giving a performance at Bonnaroo Festival in Tennessee.

Rolling Stone confirmed the artists death but the cause is currently unconfirmed.