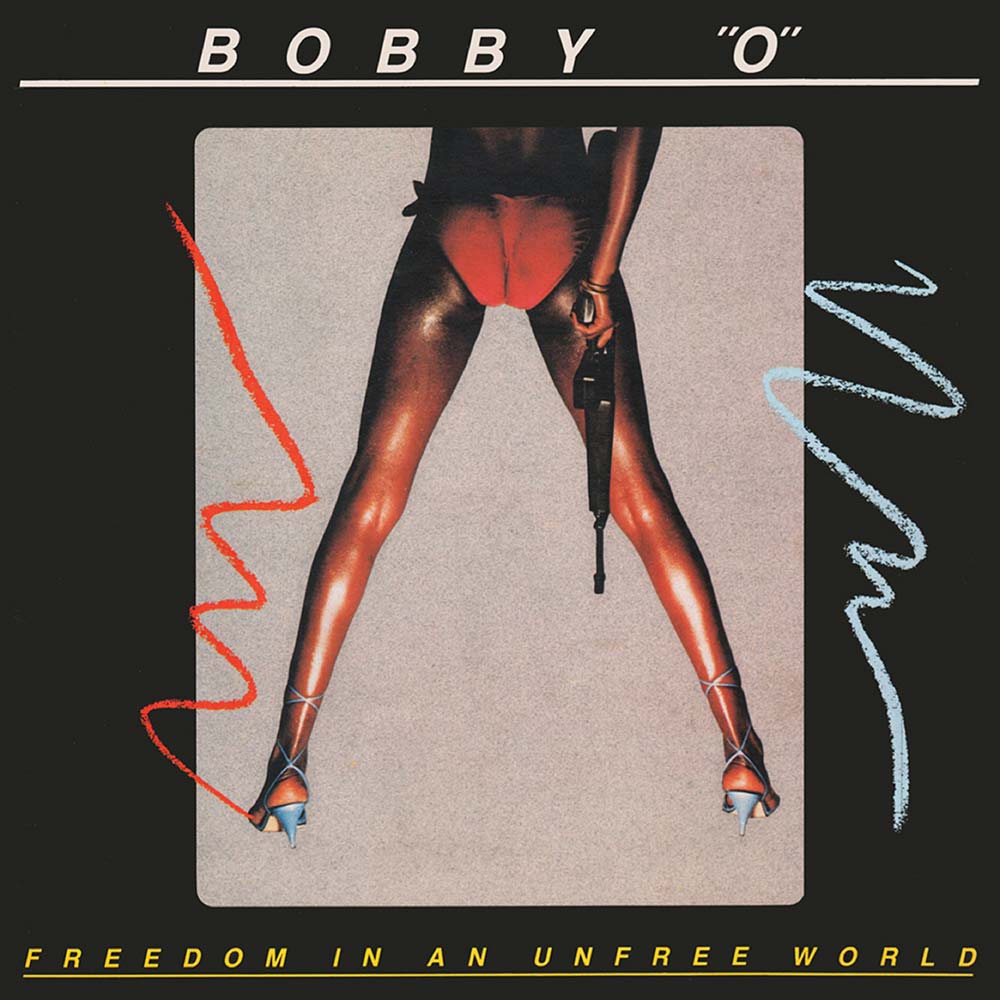 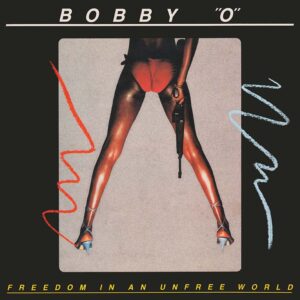 Robert Phillip Orlando, or Bobby O as he is better known is an American musician/composer, record producer, and previously the owner of ‘O’ Records. Born in 1958, the son of a New York schoolteacher; as a child Orlando displayed a knack for music, despite this he declined a classical music scholarship to pursue his then current musical interest, glam rock which was how he first discovered New York based The Fast (later Man 2 Man who had the worldwide hit ‘Male Stripper’), however in the late 1970s, his interest turned to disco and shortly thereafter, he established ‘O’ Records, a release vehicle for his prolific output – during the 1980s he produced, composed and performed on literally hundreds of productions that he released under a frankly confusing array of names and record labels, including ‘O’ Records, Bobcat Records, Memo Records, Telefon Records, MenoVision Records, Eurobeat Records, and at least a dozen others on labels across the USA, Europe, Australian and even Korea. As such he best known for writing and producing the pre-SAW and best material for Divine including ‘Native Love’, and ‘Shoot Your Shot’.

Orlando’s first official release was the 12″ single ‘I’m So Hot For You’ which was imported into the UK in microscopic numbers – Orlando with this release arguably took what is now known as Hi-NRG to the world; lets not forget these were less PC-friendly days, the term Hi-NRG did not exist, Orlando’s distinct and easily identifiable sound made up of dense analogue synthesizers, rolling bass lines, and resounding percussion complete with those ever present cowbells was referred to as Boystown or just simply gay disco; my own introduction to the burgeoning genre being via the legendary Liverpool punk/goth club Planet X which would regularly spin the Donna Summer anthem ‘I Feel Love’ alongside Suicide and the Sisters of Mercy. Liverpool was also the home of Dead or Alive who in an earlier Nightmares In Wax incarnation had released the ‘Black Leather’ EP which utilised the vocal refrain of KC & The Sunshine Band’ disco classic ‘That’s The Way Like It’ – us Liverpool punks were well versed in disco!! In late 1984 Planet X was forced to move to the basement of the cities most well known gay club; Jody’s. Walking into Jody’s was an experience! You descended a steep flight of stairs to be confronted by wall to wall men, often in leather, regularly stripped to the waist, the heat in there was intense, the smell of Liquid Gold heavy in the air, and booming out at deafening levels were the 160+BPM sounds of Bobby O; the connection between Nightmares in Wax and Donna Summer was (for some) made! 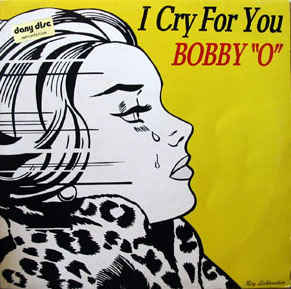 First issued by BMC Records (Europe) in 1983 ‘Freedom In An Unfree World’ gathered together a couple of ridiculously expensive import singles, and along with some unheard material was released as an equally expensive vinyl album resplendent in a cover that any label boss would baulk at these days; an extremely athletic black woman, in high heels and bikini, only her lower rear visible as she holds an automatic pistol in her hand. The album opens with ‘I Cry For You’ originally released as a single housed in a sleeve designed by legendary pop-artist Roy Lichtenstein; from the synth chords to the booming bass, and the soaring female vocal (later discovered to be Italian-German actress Gianna Lou Müller who took the stage name Nadia Cassini) lamenting the loss of her lover, countered by Orlando’s own angst ridden retort – the entire sound of this track would be lifted, then watered down to make chart stars of the likes of Hazel Dean, and Laura Branigan. 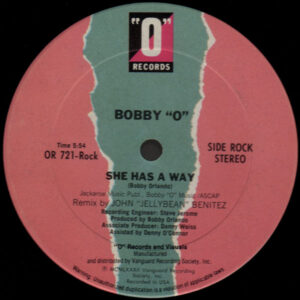 ‘How To Pick Up Girls’ has a pulsating bass that would see it regularly mixed with tracks from the likes of New Order, the female vocal is once again provided by a nameless session singer.

Orlando’s own vocal was not his strongest point – nor was his lyric writing, buts lets not forget this was released some 30+ years ago, that said its difficult to forgive some of the tired hammy lyrics as he tries to come across as some kind of Lothario who can charm his way into any lady’s underwear. Orlando generated a certain level of notoriety due to his views, despite making much of his money making records predominately played in gay friendly venues he himself was less tolerant to the gay community, once declining to buy a property as the previous owner was homosexual; then there are his extreme Christian views; at one point he dropped out of the music industry, he wrote a book ‘Darwin Destroyed’, in which Bobby O challenged The Theory of Evolution and, by his own accounting at least, “won”

Focussing on the music, far better is ‘Givin’ Up’ which compliments the percolating bass lines and ascending vocals, again courtesy of Nadia Cassini with piano motifs that would lead ultimately to the development of Italio Disco and perfectly showcases the distinct Bobby O sound that so excited the likes of Neil Tennant who would later persuade Orlando to produce The Pet Shop Boys ‘West End Girls’ which lifted some of Orlando’s more obvious production techniques – the synth colour bursts, counter melodies, and massed backing vocalisations.

‘German Girls’ hints at the foundations for later work as The Flirts, whilst the likes of Stock, Aitkin & Waterman would go on to base their entire output upon the first few bars of ‘I Pretend’, it sounds dated now…Orlando himself would agree; he told The Face magazine in 1987 “I regard each record I make as worthless and useless just like anybody else’s…” That’s not to dismiss Orlando’s impact on both the development of dance music but also his own attack on the established music industry. ‘O’ Records was a true independent label, Orlando set himself the task of taking on the major labels of the day stating “If your going to win a war you have to hit with a lot of bullets…for me making records is a weapon…my goal is to pummel CBS and the others like them”

The album is extremely sought after, and has been out of print for more than twenty years. Cherry Pop’s new edition features a re-mastered edition of the original album as well as five bonus tracks that include the original ‘She Has A Way’ 12″ single, the John ‘Jellybean’ Benitez remix alongside remixes of his early singles which were omitted from the original album release.

The album is a moment captured in time and amyl nitrate, listening in the comfort of your living room some 30years later diminishes its impact – this is dance music, best appreciated in an overheated, laser and strobe lit basement club, the distinct aroma of poppers in the air.