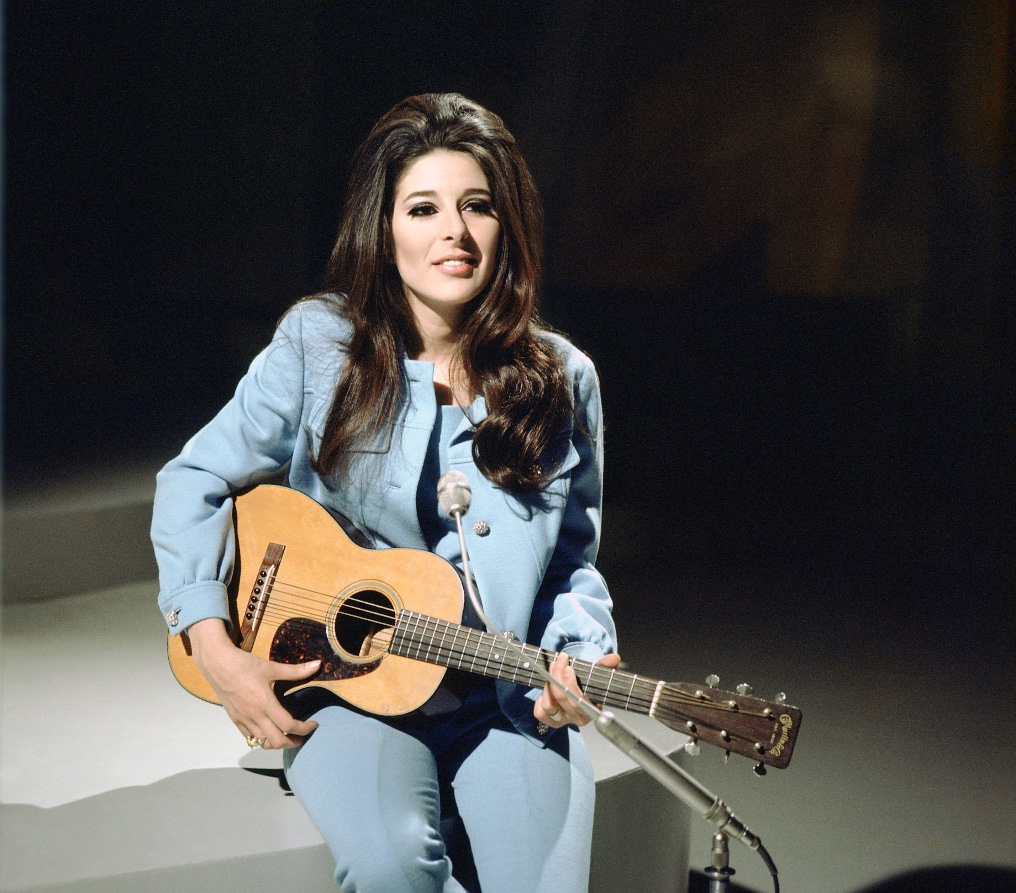 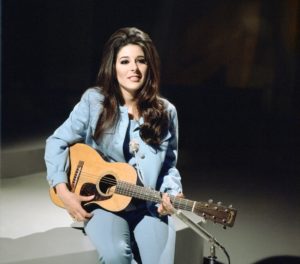 The Girl From Chicksaw County

Bobbie Gentry’s The Girl From Chicksaw County is a career defining deluxe disc box set featuring remastered studio albums featuring a wealth of rarities including 75 unreleased recordings and never before issued live tracks taken from her BBC TV series, all released via UMC on 21 September  2018.

It’s September 1967 and sitting in the UK charts alongside the Small Faces Itchycoo Park, the Rolling Stones We Love You, and Traffic’s Hole In My Shoe was an extraordinary single called Ode To Billie Joe sung by its author Bobbie Gentry. An unconventional, beguiling song with sparse production, and no discernible chorus, Gentry’s style of story-telling was very different to the self-confessional song writing of other emerging female singers. It introduced the world to an artist who not only knocked Sgt Pepper off the top of the US Album charts, but who was also one of the first female musicians who wrote, produced and even published her own music. Bobbie broke new ground by producing her elaborate stage shows via her own production company, and was the first female singer songwriter to be afforded her own BBC TV series; she became one of the most iconic and influential artists of the 1960s & 70s, only to disappear from the public eye completely, never to return.

On September 21st 2018 UMC releases the first major retrospective of this most enigmatic artist. The Girl From Chickasaw County is an 8CD box set that includes all seven of Gentry’s studio albums sensitively remastered from the original tapes, supplemented by over 75 previously unreleased recordings including her lost jazz album, outtakes, demos, rarities and an 8thdisc of live performances taken from her celebrated series for the BBC. The release has specially commissioned cover art by David Downton and includes an 84-page book with a comprehensive essay, rare and unseen photos, 8 postcards and a facsimile of her original handwritten lyrics for Ode To Billie Joe.

Bobbie Gentry’s seven albums for Capitol Records featured some exceptional material. She was an artist who could turn her hand to fit country, folk, soul, pop, Americana, blues and jazz, and this box set brings all the magic together. Pick outs include the classic originals of Ode To Billie Joe, swamp funk mover Mississippi Delta (complete with an alternative version), classy Glen Campbell duet Mornin’ Glory, her definitive cover of Hushabye Mountain, pop soul triumph Fancy, and the melancholy Lookin In. In addition, there are superb previously unreleased recordings including originals like I Didn’t Know and Joanne alongside essential covers of Conspiracy Of Homer Jones, God Bless The Child, and Spinning Wheel. Also included are intimate acoustic performances of The Seventh Son, Feelin’ Good, Seasons Come, Seasons Go and Belinda. For the rarities and obscurities fan, making their appearance on cd/download for the first time are La Siepe Bobbie’s Italian-language entry to the 1968 San Remo song festival, UK number one single I’ll Never Fall In Love Again sung in Spanish, and a little-known duet with Kelly Gordon; Love Took My Heart And Mashed That Sucker Flat. Lastly there’s Disc 8 featuring live recordings from her BBC TV series, including an inspired pairing of Niki-Hoeky with Barefootin,and dazzling takes of Refractions, Ode To Billie Joe, He Made A Woman Out Of Me, and an extended Your Number One Fan.

Bobbie Gentry’s career blazed brightly for a few short years, but only now is the full extent of her artistry coming into focus. When we think of empowered female stars we think of Beyoncé, Madonna, or even Dolly Parton, but before all of them there came the girl from Chickasaw County. When she emerged in the late 60’s women were just starting to make their mark in the music industry, but female identity was polarised between the light entertainment star and the confessional singer-songwriter. Bobbie developed her own unique persona, which was a hybrid of both; part creative songwriter, and part musical theatre performer. A storyteller at heart, Bobbie created characters and situations that were often inspired by her Southern childhood, and the media and public alike were fascinated by the contrast between her glamorous appearance and the rural simplicity of her origins. Romanticised over time, these stories have coalesced into a classic version of the American dream; a rags-to-riches story that took Bobbie from the Delta backwoods to the world’s most glittering stages.

Her disappearance intrigues us quite as much as what was thrown from the Tallahatchie Bridge: Why did she disappear? What has she been doing? Where is she now? But ‘Where is Bobbie Gentry?’ is not the question we should be asking: Bobbie was a trailblazer who was years ahead of her time; a successful writer, singer, musician, performer, producer, publisher, and businesswoman. We should really be asking ourselves is Who was Bobbie Gentry? The Girl From Chickasaw County provides more answers to that question than ever before, definitively re-appraising the musical legacy of this influential, and iconic artist.

Disc 8 Live At The BBC 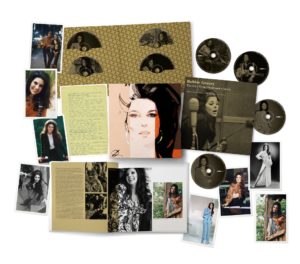 All words by Matt Mead. Further articles by Matt can be found at the Louder Than War author archives pages.