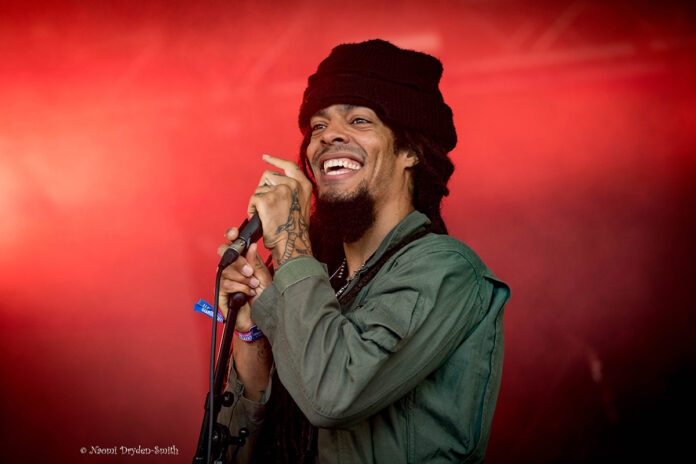 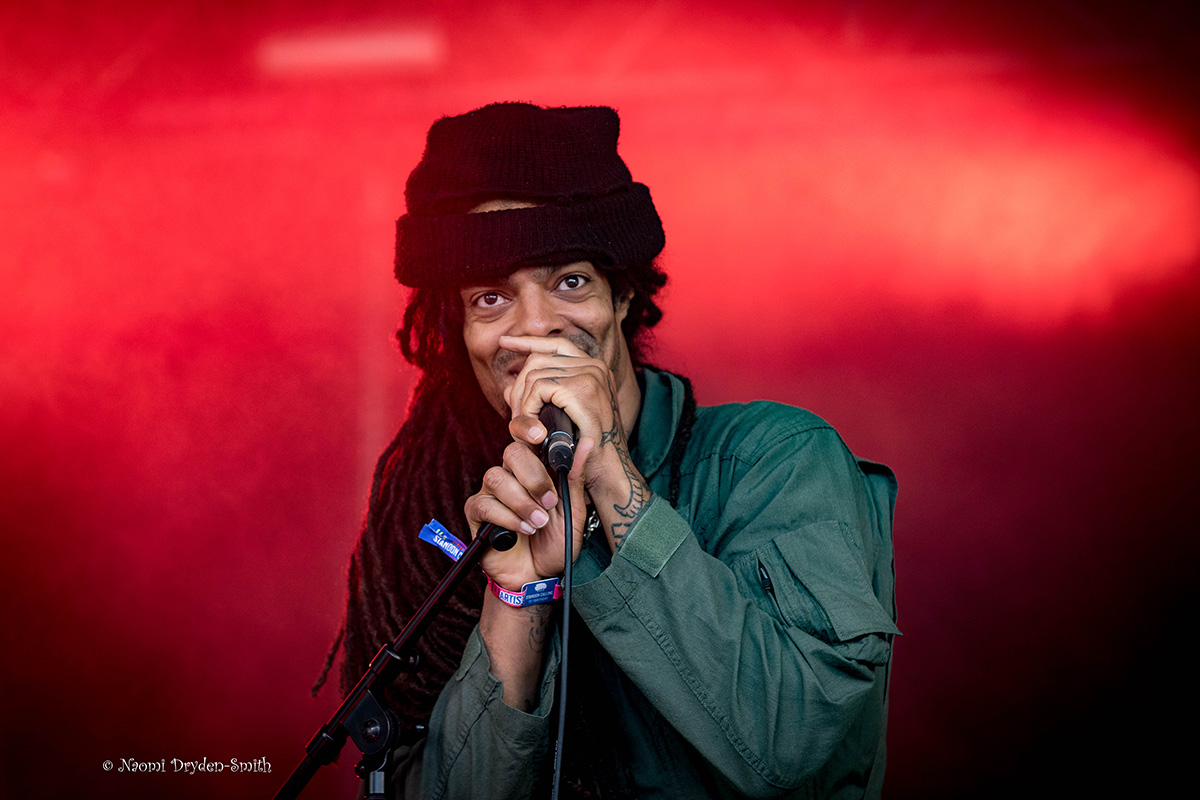 In the post Pandemic era there will be new narratives and new ideas crawling from the wreckage of the planet after the diseased asteroid smashes the dinosaurs out of the way.

There will be a whole new music scene built from the scurrying mammals who survived the fall of the lumbering clapped out Clapton dinos to create a new music scene with different mindsets and ideas. Tonight’s We Live Here To tour is the hottest ticket in the UK this week and features two outfits who are redefining what was there before into bold new shapes.

Without too much hoo-hah, it’s great to see a frontline future defining bill of rock music distorted into bold new shapes by bands with zero white blokes in them — nothing wrong with white blokes of course but there is plenty of space on stage for everyone and the clarion call is bearing brave new fruits and it’s thrilling to watch it unfold.

Witch Fever are playing to a home crowd. The Manchester-based band had been a best kept secret in the city in the pre-Covid era and have obviously spent the downtime honing down their powerful behemoth of dark energy. Tonight they hit full throttle with a dark and sensually dangerous sound that is like a collision between the feral intellectual madness of prime time Birthday Party and the restless creative thrills of Bauhaus sieved through generations of culture to a 2021 whole. 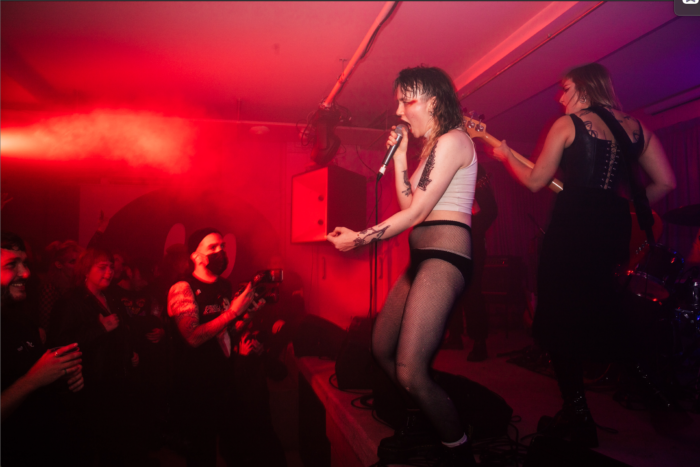 The building blocks the band take from the wild energy of so-called Goth can be heard on my new favourite bassist Alex Thompson’s bass that is full of perfect clipped danger like an update of the King Ink devil of the four strings – the late and great Tracy Pew and is delivering the same kinda hip-swinging grooves that are cranked with a devilish glee with her lock tight drumming partner. It’s a killer rhythm section that leaves plenty of space for guitar player Alisha Yarwood’s imaginative devilish skree and wild frontwoman Amy Walpole – whose voice fills the room with her poetic prose and exotic bookworm phrasing before she leaps into the crowd and onto the bar delivering her potent prose to the thrilled throng.

There is an astonishing depth to this band – a full gamut of emotions set to a Baudelairean poetic rush – from stark defiance to sensual howls but on their own terms and then with swings to a deep in the woods emotional tussling. It’s vibrant, thrilling and explosive and the home crowd explodes into a frenzy, acting like a magnet to all the newbies who are here for the headline act but quickly drawn into the psychodrama in front of them. 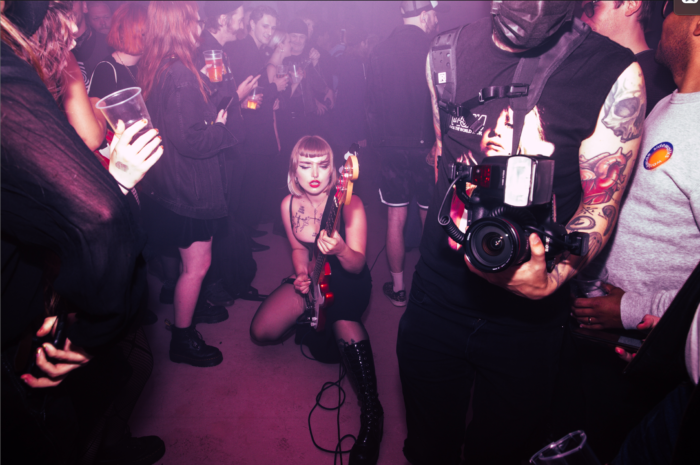 Charismatic, imaginative and life-affirming Witch Fever have got this thing nailed – they look brilliant, they sound killer and they have learned to even bring the pace down now for heavy swaggering grooves that are the core of their new sound despite the thrilling detours into chaotic cascading skree. They are heavy and tight enough for the rock audience, they are dark and cool enough for the darker end off post-punk and they are full of great songs and ideas for mainstream 6music indie.

Ironically it’s by playing a local gig that they seem no longer like a local band but a hungry, fierce and wild band on the fast track. Tonight is a triumph for the band with new songs and new rhythms and the room is still chiming and buzzing to their auto-destruct and musical adventure. 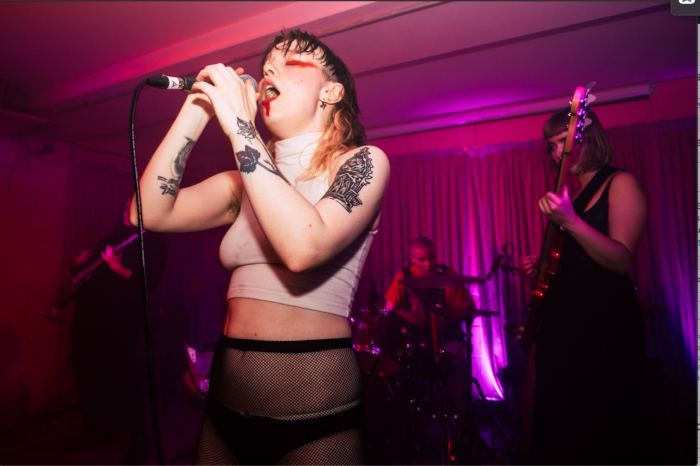 Tonight’s audience is a neat barometer of just what’s going on here  – it’s the frontline freak crowd but the range sex, style, subversion, gender and skin colour is a positive harbinger to a new future. It ranges from old punks who are still on the trip and embrace new musical adventures in the true spirit of the form, to wild goths of all ages, to proto-industrial youth, to indie kids, to the pencil moustaches and hitched up kecks of the post IDLES noise freaks. It’s all ages in here that underlines the strength of what’s on offer. This is a no holds barred tour – showcasing two bands who will both be rocking the festivals and the big stages as soon as.

Bob Vylan is already a star, his flailing locks, his calm and assured kingpin banter and his obvious charisma and outspoken views of defiance and celebration have already marked their mark but on stage the music needs to do the talking and the laptop cranking out the addictive mass of grime and punk coupled with Bobby’s ferocious drumming create a digital rock music that is utterly effective.

There is something quite compelling about rock music without a guitar in sight and it helps if you have a singer as compelling as Mr. Vylan who fills the stage with his physical presence and word flow that switches from grime bars to Steve Ignorant from Crass’s propulsive delivery. There is anger and defiance but there is also love and embrace and a vision of a new nation that is already here – a multicultural mash of culture – from warehouse parties to curry miles, from indie music to punk and grime, from cricket greens to inner-city raves – the mash-up is our strength and Bob Vylan celebrates this with powerful and thrilling music. 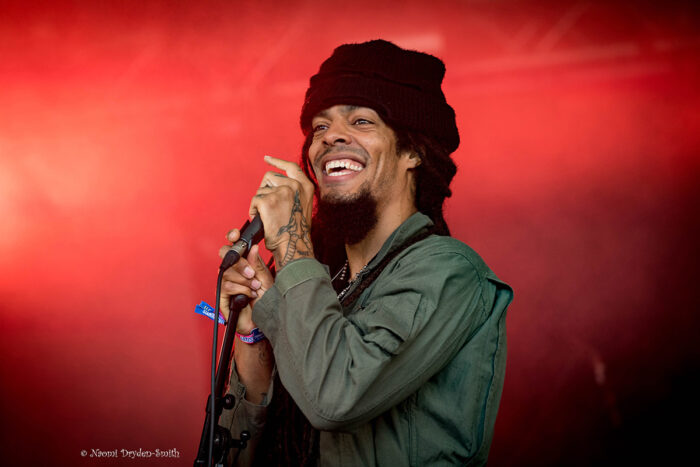 The old Crass fans in the crowd totally get it – they understand that if Crass could exist in 2021 this would be what they would be doing. The poetry of resistance is in capable hands, the Molotov cocktails of defiant prose are delivered with an anger but tempered with a love and passion. If Stormzy has become a deserved national treasure for speaking his truth and taken grime to mainstream and helped shine a spotlight onto this most vital of music then Bob Vylan have slammed it through a fuzzbox and mashed the elemental of punk with the rhythmic future city pulsating rhythms of grime. This revolution is all-embracing and if we are ever to get to that UK that stands for Utopia Kingdom then we better listen this time.

The songs defy tech glitches as the mic lead crackles probably overloaded with the guttural passion of the free form poetry blizzard. The sheer power of performance and lyrical soul power easily rides this out and the songs zig-zagging tempo changes ignite the dance floor into a joyous celebration of life. You can hear the tension and release of early 80’s claustrophobic Crass punk to the lolloping addictive grime grooves to the revolutionary stomp of a Rage Against The Machine – it’s all in the mix.

Bob Vylan is as refreshingly and restlessly post-genre as you would pray for. In 2021 the borders are blurred – it’s time to break down the barriers socially, racially, culturally and musically and the sense of adventure and righteous Irie of Bob Vylan is that poetry in motion.

There is real substance here – that reaches out way beyond their initial shared YouTube clip with its clever moniker and thrilling ideas and cool Crass T-shirt. That could have been a smart and effective statement – in the future everyone will be famous for 15 seconds on YouTube as Andy Warhol never got round to saying! But Bob Dylan has way more depth than that and is using the modern tools to deliver an age-old plea and this time maybe everyone is gonna listen.

Already the times are changing and the much-vaunted next generation with their open minds, XR care for the planet and post-BLM mind set could get to the promised land that every other generation stumbled on their way to.