Home Music Bob Geldof to rerelease Do They Know It’s Xmas’ for Ebola? 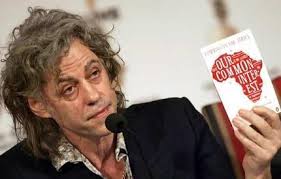 Bob Geldof, who has been thrilling audiences with his Boomtown Rats return, is putting out the feelers for a huge charity record to raise funds to fight the Ebola crisis.
The plan is to release a fourth version of the 1984 charity single ‘Do They Know It’s Christmas’ to be released on the 30th anniversary of the original.Ebola is causing several West African countries to creak towards total collapse and their weak infrastructures are helping the disease spread and making it difficult to fight. A well organised campaign would give the opportunity to put the infrastructure into place to fight the disease and also put the spotlight on the situation there as well as stop the spread of the disease.