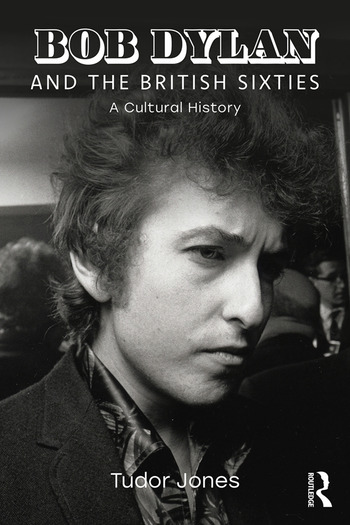 I suppose there were some people who wondered what all the fuss was about with Bob Dylan’s recent 80th birthday – if so, I’d suggest they dip into this excellent book and find out just how much of a game changer he was. Way beyond the usual confines of the songwriter, he re-wrote the rules of pop music – inventing folk rock along the way – and nothing was ever the same afterwards.

Bold claims? Sure, but in this meticulous analysis, Tudor Jones traces the story as Dylan comes on to the scene in the black and white days of the early ’60s, followed by a dizzying ascent, a close scrape with total burn-out, and a gradual regrouping by the end of the decade. It’s a nice touch too that the author is a committed Dylan fan, so every so often there are personal touches, memories of gigs and so on.

The Beatles and Rolling Stones had been massive game changers too as they blew apart the moribund saccharine pop scene of the early 60s. But no-one was going to have their views or consciousness altered by ‘She Loves You’, ‘I Wanna Hold Your Hand’, or faithful recreations of the Blues. Tudor Jones makes a really important point in identifying the Animals’ version of ‘House of the Rising Sun’ as the first real example of Folk Rock, well before the Byrds’ take on ‘Mr Tambourine Man’ a year later. On hearing it, Dylan instantly recognised the potential in the sound.

Again, the author has found some great quotes from Dylan, to the effect that the songs he was writing then were simply not suited to acoustic rendition, but needed the extra heft of electrified backing to carry the cascade of lyrics in songs like “Positively 4th Street” or ‘Like A Rolling Stone’. Again, there’s a really good analysis of how vital this to and fro cross-fertilisation worked on both sides of the Atlantic. The Beatles’ covers of Motown, and a shared love of classic R&B with the Stones re-introduced American musicians and fans to a sound and culture they’d overlooked as rock’n’roll gave way to Bobbysox and surfboards. Equally, Dylan’s lyrics were to have a massive impact on the Beatles, particularly John Lennon, particularly on ‘Rubber Soul’ and Mick Jagger, in songs like ‘Satisfaction and ‘Get Off of My Cloud’. And of course, the author acknowledges the significance of Dylan introducing the group to smoking dope…

It’s fascinating now to recall the early 60’s world recounted in the earlier chapters, with WW2 still a dominant theme in society and ever-present nuclear paranoia. Dylan’s early political and protest songs like ‘A Hard Rain’s Gonna Fall’ or ‘With God on Our Side’ are still unsurpassed. Ironically these songs highlighted the chasm between the old school Ewan MacColl end of the folk scene who, for all their Left-wing credentials held that songs had to be traditional, sung unaccompanied, and certainly not being adapted to address current events. This was all part of the intense rift between the old school Dylan fans who wanted him to stay pure folk and the new breed drawn in by the dizzying lyrical and electrified power of the ‘65-66 albums. There are a couple of especially good chapters on the 1965 and 66 tours, with audience walk-outs and other protests, including the notorious “Judas” taunt at Manchester, immortalised on a live recording. It’s probably my biggest musical regret that I had a ticket for one of the ‘66 Albert Hall shows but was taken drastically ill at school that afternoon (food poisoning most likely!) and was grounded by my parents for the night.

I can’t imagine anyone now bringing out three such powerful and intense albums as ‘Highway 61 Revisited’, ‘Bringing It All Back Home’ and ‘Blonde on Blonde’ in not much more than a year. ‘Highway 61’ was folk rock with the emphasis on rock. From the barnstorming title track, with its pounding piano and crazy fairground whistle it’s an album bursting with lyrical dexterity, all kinds of humour, puns, allusions and a lot of in-joke druggy references, all borne of the confidence generated by the massive global chart success of singles like ‘I Want You’ and ‘Like a Rolling Stone’. Throw in a couple more classics like ‘Desolation Row’ and ‘Queen Jane Approximately’ and you’ve got a real stunner. ‘Bringing It All Back’ had a slightly transitional feel, the spontaneous vibe of ‘Highway 61’ giving way to something more introverted. with the first side made up of shorter songs, but really kicked in with Side Two’s cycle of ‘Mr Tambourine Man’, ‘Gates of Eden’ and ‘It’s All Over Now Baby Blue’. Most artists would be stuck to follow an album like that, but in no time we had double Dylan in the form of ‘Blonde on Blonde’, which felt like it drew together all the elements of the previous two albums into a near perfect whole.

From the swirling peaks of the ‘Amphetamine Trilogy’, the book follows the story of Dylan’s still enigmatic motorcycle accident and withdrawal from the star machine treadmill he’d been sucked into, before total burnout happened. Kicking back from the waning calls of psychedelia and politicised rock, albums like ‘Basement Tapes’ and ‘John Wesley Harding’ showed him taking a more personal, introspective style, and also coalesced with the huge influence of the Band’s ‘Big Pink’ album in getting away from the Guitar Hero dead end of the rock scene.

The last chapters recount his appearance at the Isle of Wight festival and the mixed reactions at the time. By the end of the decade Dylan was out on his own – no direction home? – again, this time anticipating the whole Americana scene of the last few decades. I remember the bewilderment and occasional horror at the time as me and my friends tried to make sense of albums like ‘New Morning’, ‘Nashville Skyline’, let alone ‘Self Portrait’, wringing our hands at our hero ‘going Country’.

It’s a really well written and researched book. It could easily have strayed too far into academic Lit Crit territory, but is informed with the author’s real and intense love of the music, allied with a very perceptive awareness of how different elements of the 60’s cultural scene – social, political, sexual, chemical, economic – intertwined, diverged and combined in new forms. The book demonstrates how important Dylan’s interaction with the British rock scene was in his development and how in turn he played a huge part in how British music continued to grow and should appeal to anyone with an interest in looking beyond the received cliches about the ’60s and a love of some of the most powerful music of the last 50 years.