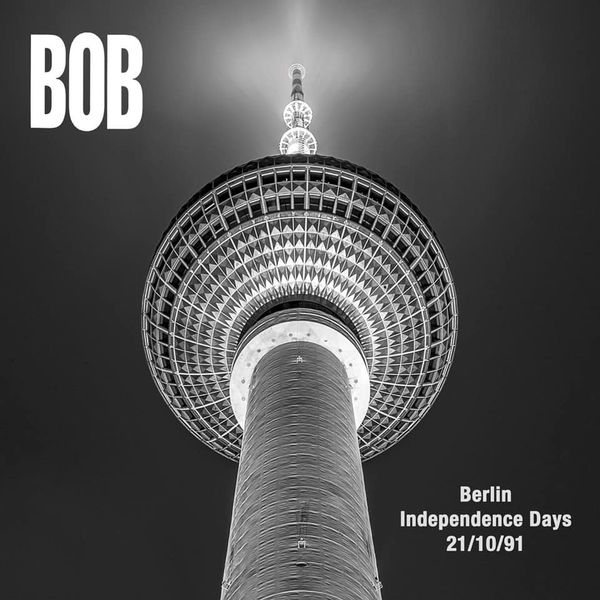 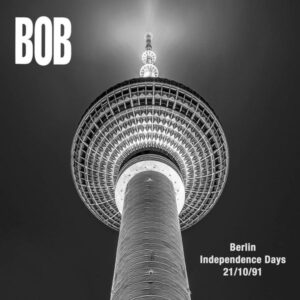 Live recording of indie pop band BOB, taken from a show played at Quartier Latin, Berlin on 21st October 1991. The ten song set includes Skylark II, Nothing For Something and Tired. Ian Canty hears walls come tumbling down (but not The Style Council’s)…

Last year saw a 2CD collection that featured BOB’s previously unissued 1992 album You Can Stop That For A Start (reviewed here). Following on from this Optic Nerve goes back a further year to a 1991 tour of Germany by the band, in order to release this professionally recorded, 10 song set of a show performed at Quartier Latin, Berlin. It has lain around in archive since that time, but in 2020 it was finally mixed by band members Richard Blackborrow and Simon Armstrong.

Of the material featured, five numbers come unsurprisingly from their Leave The Straight Life Behind album of the same year. Round was scheduled for the You Can Stop That For A Start album that had a long wait until release and a song with the same title as the LP crops up too. The remainder of the numbers are Flagpole and My Blood Is Drink, studio versions of which were issued on the 1990 Stride Up EP, plus Tired, which was released as a single in its own right during the same year.

Just before the time that this live show at Quartier Latin, Berlin was recorded in the autumn of 1991, Bob were supported by a list of the soon to be famous. These acts included Blur, Radiohead and Ocean Colour Scene. While those bands conquered the charts during the 1990s, BOB slowly faded away. But Berlin Independence Days offers up a wealth of evidence to suggest they had a plenty to offer as a live act and also that they may well have deserved to emulate their support bands’ success.

After a brief jazzy intro, the album kicks into gear with Skylark II from Leave The Straight Life Behind. Immediately this gives the casual listener a good idea of what BOB are all about. There’s a real snap to their playing and a decided 1960s influence, but what they do is also very tuneful and stamped with their own particular mark. The freaky guitar break on this is a classy glance back to freakbeat too. Then comes the Tired single, which comes with a preface that “if you have flu, snog someone and give it to them” (not recommended in the current climate). The song has an easy charm with percussion ably deployed to power it along. This was an obvious single that while fitting with the general thrust of popular music of the time, has its own depth and delight in the performance.

95 Tears’ title moves one teardrop down from ? and the Mysterians’ garage rock landmark, though this tune is lead by buzzsaw guitars and hollering vocals rather than a Vox Continental. Next, after a typically terse stage announcement, comes Flagpole. The bass underplays some mighty riffing here and a simple song structure is sent off to the stars with soaring voices, with even a bit of Buzzcocks’ relentless abandon and a touch of Eight Miles High to it. The bongo-enhanced deep psychedelia/quasi-gospel of My Blood Is Drink brings us towards the halfway stage of Berlin Independence Days with an extended workout and a true flourish.

Moving on to what would be side two of the LP, You Can Stop That For A Start neatly and attractively manages to bring together the 1960s folk rock sound of gleaming guitar with BOB’s own irrepressible swing. It is top quality indie pop that would have made a cracking 45. Nothing For Something follows and is similarly infectious, with reflective verses giving way to a pumping refrain.

Sparkling freshly out of the blocks, Round motors along in a headlong rush, aided strident beat and some thrashing guitars. Then Take Take Take’s jumpy rhythm and cutting chords lead the listener to what becomes a trippy sounding psych popper. The bass playing is excellent here. Skylark II acts as Berlin Independence Days’ finale, with the band drifting off into the stratosphere on the back of chilled verses and euphoric chorus sections. Over the course of the LP, BOB come across as a real force on stage, with some fine melodies allied to accomplished musicianship and abundant energy.

Berlin Independence Days sounds great, as a crack team of German engineers were on hand to record it at the time and Richard and Simon have done an admirable job of mixing the set. This allows the power, industry and tunes of BOB to be heard in full effect. This album acts as a good reminder of what the band were capable of and if you ever attended a live show by BOB I expect the memories will come flooding back. I myself never had the opportunity, but Berlin Independence Days had me wishing that I did.