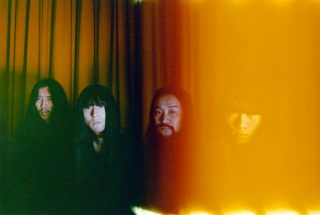 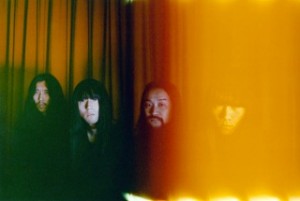 The brilliant Bo Ningen announced last week that their latest album, III, will be released on May 12th. We at Louder Than War got hold of a copy a couple of weeks ago and frankly it’s not going to disappoint the legions of fans of the band who’ve been won over by their apocalyptic live show. Yesterday they dropped the first video off it which you can stream below, along with upcoming tour dates.

III will be released by Stolen Recordings on May 20th, 2014 (May 13th in UK/ROW). It’s an accomplished album which demonstrates a more mature side to the band – possibly helped by the fact that they’re singing partly in English on it for the first time.

We’re told about the album:

‘III’ illustrates Bo Ningen as a group with a singular vision, reaching for what they define as ‘pure music’, by turns esoteric and a no holds barred sensory assault.

The eye-catching video which Bo Ningen released yesterday was for the track DaDaDa and it was directed by friend and fellow musician Kenichi Iwasa who said:

“The idea behind this video was to create very visual and eye striking imagery that talks to your subconscious mind. To capture the energy the band generate when they perform was very challenging.

Bo Ningen are my good friends and I have played with them many times as a musician. That experience and watching their live performance so many times has given me a deep understanding of what they are.

They are individually interesting and very different, I ask them to express with their body how they would transfer their sound into body movement without instruments. When these individuals come together, their collective energy is enormous and their commitment to the band is very strong, I wanted to create one very strong Symbolic image almost like a statue.

I was focusing on capturing the silhouette of their movement and shadows. My aim was to create traditional dance like Butou dance or Noh theatre like but with the essence of modern pop video.”