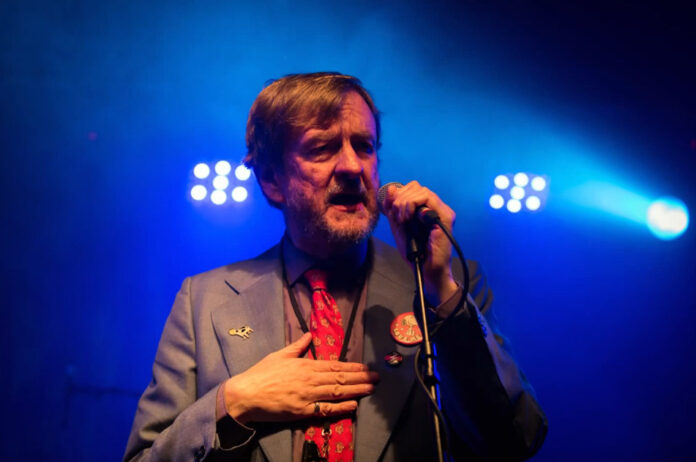 BMX Bandits are celebrating their 30th anniversary. The group formed in the Summer of 1985 and released their first single E102 in 1986 and so they chose to celebrate their anniversary year from Summer 2015 to Summer 2016.  Louder Than War asked some BMX Bandits past and present to pick their favourite BMX Bandits song from the group’s long history.

The song speaks for itself. It’s a classic. But what I love about it more than anything is the memory of the time we recorded it… that me, Duglas and Blakey were the only ‘believers’ at the time and we stayed late and did it. The fact that it was in the wrong key for Duglas and I got to do my first ever BMX lead vocal – a big deal for me at the time. We had such a burst of creativity making it. Immense!!

I really love Little Hands. It’s such a great pop song, and a truly heartfelt love song. It’s describes the moment that Duglas laid eyed on Midori (whom he would later marry) for the first time, across a crowded room at a show in Japan, back in the early ’90s. It’s joyful and optimistic and puts a smile on my face every time I hear it.

Jim McCulloch: The Sailor’s Song (from My Chain)

My favourite BMV Bandits song is The Sailors Song. It’s one I love to play live and I really wish I played on the original recording of it on My Chain. Lyrically it’s about looking for redemption in the power of love and friendship. Musically it is a luscious power pop ballad, and it was a defining moment for the band..even more so than Serious Drugs, I would respectfully suggest.

Sean Dickson: In Space (from In Space)

Myself and Duglas had not worked or written together for about 25 years but after I enjoyed making a cameo on stage with my omnichord at the 25th anniversary show in Glasgow I decided we should write something on the album they were making at the time, we now know as ‘In Space’

It just felt special how it all just came together the way it was, in the exact same way as all the records we made all those years earlier.

Stuart Kidd: Not Knowing You (from My Chain)

I’m going for Not Knowing You from my favourite BMX album My Chain and the first one I was featured on (although I’m not on this song)
.The melody and arrangement fills my heart with joy as the lyrics fills it with equal amounts of sadness. Exactly what a song should be. Perfection.

Going with my first thought it had to be Funny Face.  I have thought about and played this song a lot over the years.  One of the underrated ones I’d say.  I like how it relates to the Audrey Hepburn film of the same name.  Great little chord sequence too and colourful lyrics as always.

Brian McEwan: Not Knowing You (from My Chain)

Duglas meets Morricone once upon a time in the West End of Glasgow.   Fearlessly truthful, beauty wrought from sadness, and one of my very favourite BMX Bandits songs.

Sushil K Dade: The Sailor’s Song (from My Chain)

The BMX Bandits taught me everything I need to know about working in a pop group. Their template inspired the Pilot method of working:  Always keep the line-up fluid and change your colours/players as artists palette requires. The one constant of course in this case = Duglas T Stewart.

My favourite BMX composition has to be The Sailor’s Song. In little over 3 mins 30 seconds it unravels like a movie in miniature…it’s opening titles screaming ‘If You Could Heal Me’…like a modern day Robert Burns, a romantic at heart, the pain (and joy) of the voice and lyrics of Duglas soon lead us to the pharmacy @ 1.30 ‘Sometimes the medicine don’t seem to help/Only your sweet love can bring me back to health’ leading to his tender plea of the simplest thing he wants in the whole wide world ‘I want you beside me’…to love and be loved. Next we are at a Give Way sign and in the words of the Go-Betweens Robert Forster we hear a gorgeous piano line as if ‘played by a child’s hand’. The scene changes to outro climax motif with a ray of hope appearing for our hero “I could watch you dancing all night”…Duglas adds bedroom Bacharach arrangements with not a penny to spare, himself imagining trumpets and lush orchestration echoing from his ‘ba ra/ba ra/’ refrain. Roll end credits. Love conquers all.

God bless the good ship BMX Bandits and all who sail in her. Happy 30th.

And here is the selfish reason why. The song makes me think about Duglas and making music together, imagining what might make people happy, which is what we’ve done almost forever.

Duglas had a title and lyrics; we finished it together in about an hour in my tiny little music room at home then put the band on top of it at Riverside Studio. Duglas and I sang lead vocal in unison and although the lyric is about another BMX Bandit(a) the recorded song as a thing sums up my working relationship with brother Duglas; we make sweet music to try and send joy into the world.

In this song about songs, particularly the outro, with the trumpets, Stuart Kidd’s amazing drum fills and “songs can soothe a troubled heart”, I hope we managed to communicate what we intended – euphoria, happiness, trust in music.

Chloe Philip: Take Me To Heaven (from Bee Stings)

My favourite BMX Bandits song is Take Me to Heaven. It has a melancholic element but feels very joyous too. I’ve always liked the harmonies and the way the vocals overlap as the song builds. It’s thrilling to sing live and just feels like a perfect pop song that brings a smile to people’s faces.

Duglas T Stewart: The Sailor’s Song (from My Chain)

Right now, today. it would be a song I recorded just a few days ago with Stuart Kidd called How Not To Care and that’s the way it should be. The newest thing should feel like the best thing but if I put that aside I would go for The Sailor’s Song, the version on the My Chain album.

I think it captures a lot of what’s the heart of BMX Bandits. It’s about wanting to be healed by love and by music, a belief that love and music can make things right. Maybe a song can’t make everything right in a permanent way but while this song is playing things certainly feel better.

Brand new BMX Bandits  recording ‘How Not To Care’: