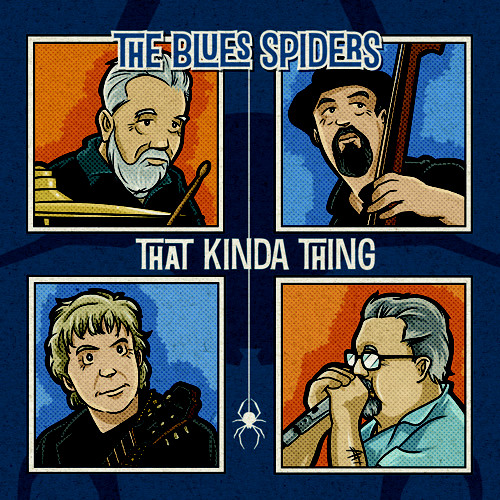 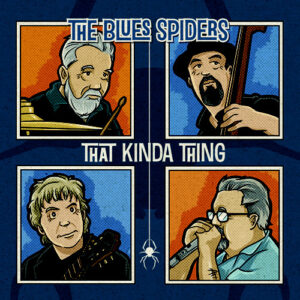 The Blues Spiders: That Kinda Thing

Having come together in 2014, The Blues Spiders have become firms favourites on the Blues circuit of South West England. The band took their time between their second and third releases, refining the material during their many live performances including a regular residency at the “Ain’t Nothin But Blues Bar in Soho. The band certainly favour a sparser approach in the arrangements with more room which in turn enables the quality of the songs to be well on display. The rhythm section of Paul Henshaw (bass) and Bob Clouter (drums) swings effortlessly proving a solid canvass for Russ Cottee’s guitar and Mitch Greaves’ vocals and harp. Starting with the cool groove of “Chills” on which Greaves’s vocal channels Randy Newman, the record moves in a jazzier direction with “Drunken Blues”. The tempo picks up on the rocking “Hard Time Blues” which contains a biting set of lyrics. On “No Sad Songs”, Mitch’s harmonica skills are given a space with an excellent solo while the catchy instrumental “Two Bones and a Pick” penned by T Bone Walker enables Russ to showcase his chops. The band jump with ease from a quiet track like “Sam’s Place” to Jimmy Roger’s “Rock This House” with ease. An excellent LP in which Blues and Rock aficionados will find much to enjoy.

News on The Blues Spiders can be found on their official website or on their facebook page.