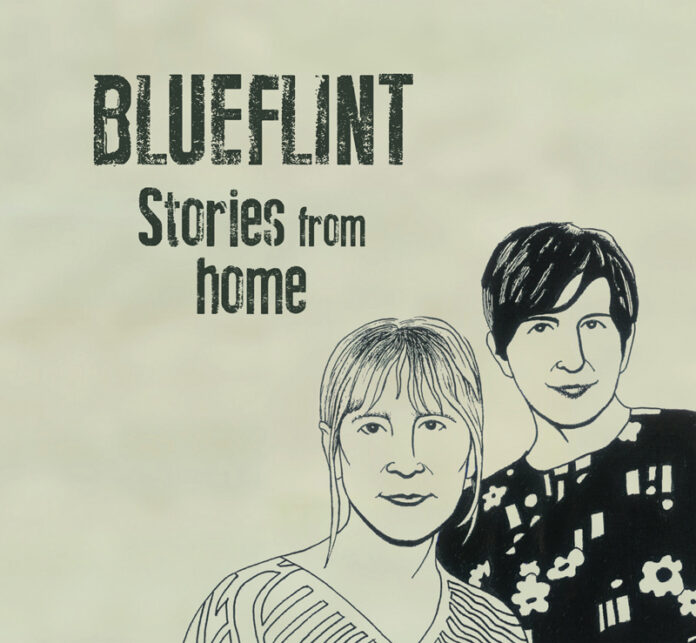 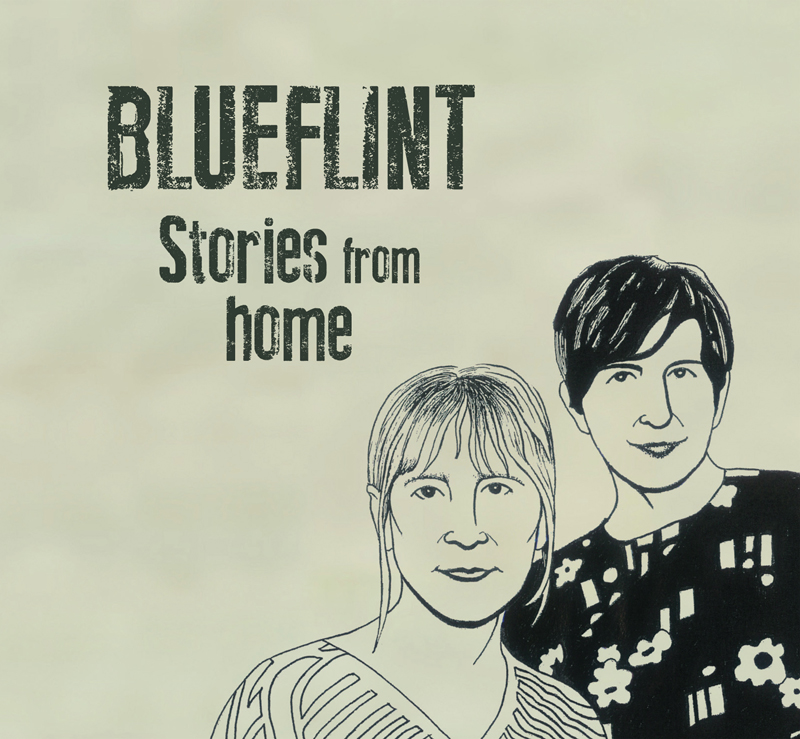 A lengthy four years since the appearance of their second album, ‘Maudy Tree’, comes Blueflint’s ‘Stories From Home’. Aided by funding from Creative Scotland, it sees the band, based around the close harmonies of Deborah Arnott and Clare Neilson, developing their distinctive sound.

Blueflint is built on a background of playing at the Edinburgh Fringe and a high profile support slot with fellow Scots The Proclaimers some time ago, so after taking a break for things which included Clare starting a family, they are ready to pick up where they left off.

They say a change is as good as a rest, but a rest can often give the chance to not only recharge the batteries but re-evaluate and come back stronger. Point in case is ‘Stories From Home’ which marks a noticeable progression from ‘Maudy Tree’ and sees the band in a confident and strident mood.

Working with Paul Savage whose credentials include several higher profile Scots names (King Creosote, Mogwai, From Scotland With Love) and who also adds some instrumental expertise, the girls are backed by a selection of banjos, fiddles, double bass and drums – a strong element of essentially alt-folk in which the banjo features strongly although at times the band ‘lapse’, if that’s the right word, into their native Scots and it’s refreshing to hear their own accents and culture start to come through. It’s their USP rather than the generic Americana styling with which they often get labelled.

The album also sees the girls continuing to share songwriting duties with seven of Deborah’s added to four of Clare’s, and while they both have their merits, Clare’s tend towards the more lyrically reflective although occasionally disguised in brighter musical coatings. ‘What If I Don’t Want To’ bucks the trend with a lyric that seems to raise the sort of questions that arise from long term relationships backed by a high tempo skirt twirling bluegrass banjo and fiddle.

The biggie in terms of impact comes in the form of ‘This Is A Story’ which not only ups the feelgood factor but sees the musical content taking on a more familiar Scottish flavour. Not far removed from a Proclaimers influence in the pace and the phrasing of the driving lyric and chorus, it’s perhaps a case of absorbing and cashing in a few influences from when they toured together back in 2012. If you like a gamble, it also looks like the track which will receive the most attention and which may open up Blueflint to a wider audience and even become their ‘Stairway’ (and possibly become an albatross around their necks.)

Whether there’s any significance in the album title and photography which shows a neglected urban cityscape, possibly somewhere in their native land but a scene that could be from anywhere in the British Isles, it provides a link between their songs and those types of town. On the other hand it may be more a visual interpretation or image which inspired Deborah’s ‘Patch Of Green’ lyrics.

Whatever the case, ‘Stories From Home’ is a welcome return for Blueflint and a return which sees their fleet-fingered banjo-fuelled songs and stories make the sort of impact which, after some time away, is not just a relief, but refreshing and revitalising.

Watch Blueflint play ‘This Is A Story’ from their new album

All words  by Mike Ainscoe. You can find more of Mike’s writing on Louder Than War at his author’s archive and his website. is www.michaelainscoephotography.co.uk.