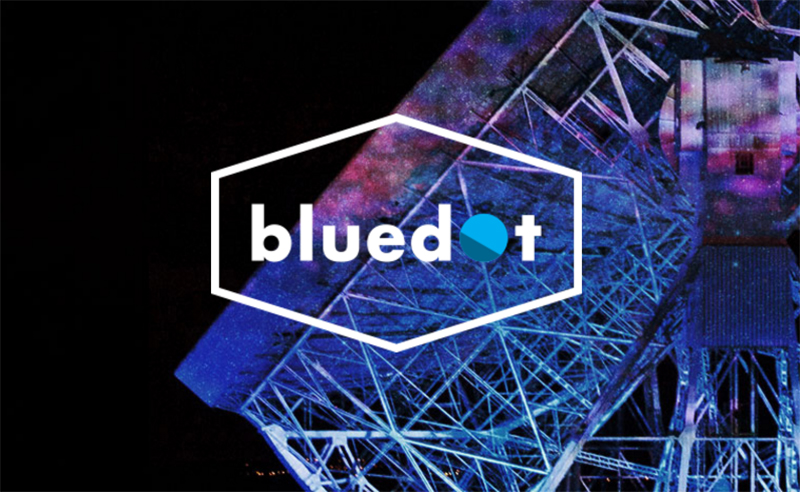 Last year, Theresa May declared to the Conservative Party conference “if you believe you are a citizen of the world, you are a citizen of nowhere”. Bluedot, the celebrated festival held in Cheshire, begs to differ, aiming to cultivate ‘a unifying celebration for citizens of the world’. In an era of political devision, Cheshire’s celebrated Bluedot in 2017 is reaffirming its mission statement to observe, explore and entertain with one of the best and most diverse lineups of the forthcoming festival season. The festival this year is held from 7-9th July. 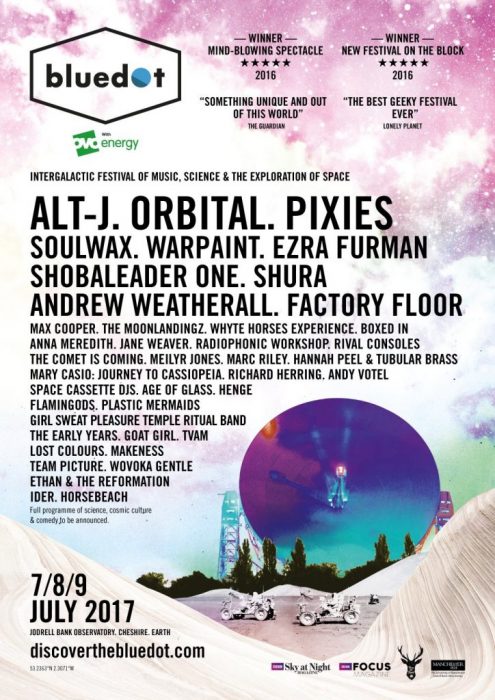 Alt-J, Pixies and Orbital are headlining the festival, with other high ranking acts on the programme ranging from Goldfrapp to Warpaint, Hawkweed to Ezra Furman, and Soulwax to Andrew Weatherall.

As well as the headliners, the line up is brimming with plenty of Louder Than War favourites – we’ll be watching the mighty Moonlandingz, Meilyr Jones, Goat Girl, Factory Floor, Horsebeach, Whyte Horses and plenty more. You can read more on the lineup here: https://www.discoverthebluedot.com

Bluedot is held at the iconic Jodrell Bank site, in the shadow of the Lovell telescope, and befitting a fractured political climate the festival is increasing its range of talks and panel discussions – dealing with cutting edge themes like fake news, the dark net and the future of climate change under Trump. If this gets a bit heavy, there’s also a crucial discussion on the scientific secrets of Doctor Who.

Festival director Ben Robinson said: “We are incredibly proud to be able to present such an innovative and legendary collection of artists to perform at this year’s Bluedot Festival. Orbital’s return to the festival stage at Bluedot will be an incredibly fitting spectacle and one not to be missed, along with Pixies, alt-J and Soulwax the headline acts are all hugely talented musicians, who have helped to shape and form music culture over the years”.

Weekend tickets are £159 – there’s a payment plan option too as well as day tickets → https://www.discoverthebluedot.com/tickets.php