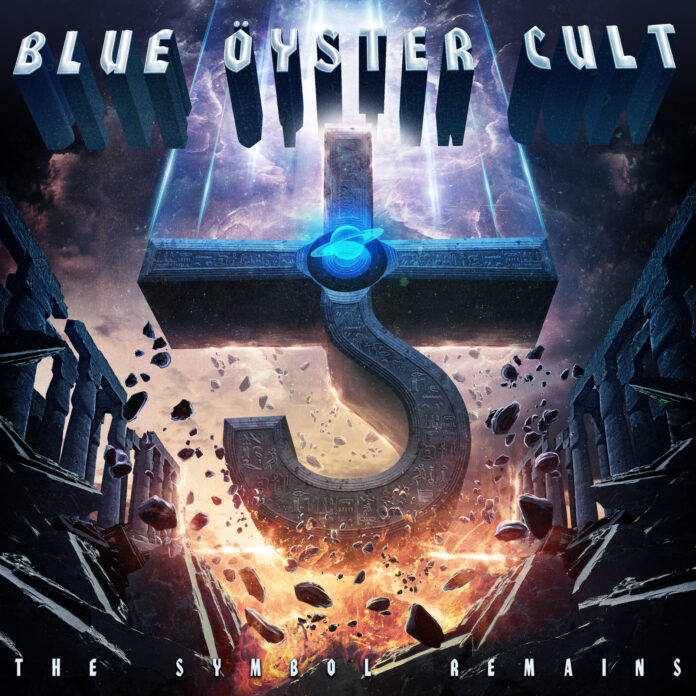 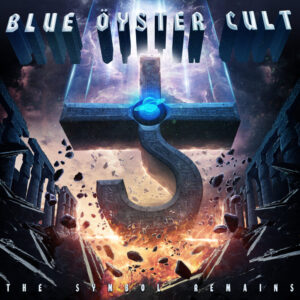 Back with their first new studio album in almost two decades, the enigmatic prog-metallers deliver their fiercest album since the ’70s.

Blue Öyster Cult remain one of the most beguiling of ‘70s rock bands, a strange amalgam of early metal, progressive rock and melodic power-pop, defined by an other-worldy sense of the sinister, and yet, over half a century since the group’s inception, their mysterious lyrics now chime perfectly with the strangeness of our times. The sci-fi inspired themes that haunt their songs – stealth totalitarianism and the Lovecraftian notion of the search for truth precipitating a descent into psychosis – could be tailor-made for 2020. The band appear to be acutely aware of this alignment of the planets, as key tracks on The Symbol Remains address the dilemmas of the digital age via sly, witty commentary.

The group have always benefited from their collaborations with talented poets and writers, and The Symbol Remains is no exception. Acclaimed sci-fi writer John Shirley – one of the key pioneers of the Cyberpunk genre – is back on board and original BOC lyricist Richard Meltzer contributes lyrics to album highlight The Return of St Cecilia.

Although often pigeon-holed as pioneers of ‘intelligent metal’, Blue Öyster Cult have never fit neatly into any genre. The group’s classic first three studio albums had a profound influence on Sydney-based proto-punks Radio Birdman (co-founded by Ann Arbor-raised Stooges/MC5 acolyte Deniz Tek), who named their debut album Radios Appear after a BOC lyric. Other groups falling under the BOC spell range from Minutemen to Metallica, and author JK Rowling was so enamoured of the group that she named her third Cormoran Strike novel Career of Evil after the brooding opener to the band’s third album, Secret Treaties (1974).

Secret Treaties remains a tour de force of adventurous high-energy rock & roll, combining the full-bore fervour of The MC5 with the tumultuous prog-rock questing of Van Der Graaf Generator, and crystallising the group’s sound and preoccupations. The commercial success of follow-up release Agents of Fortune and its smash-hit single (Don’t Fear) The Reaper saw the group tack towards the mainstream, confirming its position in the classic rock firmament.

Original members Donald ‘Buck Dharma’ Roeser and Eric Bloom are joined by Richie Castellano on guitar and keyboards, bass guitarist Danny Miranda and drummer Jules Radino on this, the group’s first studio album in 19 years. Following years of relentless touring, The Symbol Remains is manifestly the work of a road-drilled group of skilled musicians, with a punky propulsion driving a well-crafted collection of songs that bristle with energy and invention. Whether by accident or design, these 14 tracks seem to reflect the breadth of BOC’s back catalogue, taking in psych-tinged rock & roll, melodic metal, power-pop and all points in between.

Piledriving opener, That Was Me, sets the tone of the album – skilful modern metal with a sublime sense of melody – while the following track, Box In Your Head, employs a rather lovely metaphor for the psychological intimacy of relationships, set to a beautifully-crafted Buck Dharma tune. Bloom and Dharma are both in fine vocal form throughout, as is guitarist/keyboardist Castellano, who also makes key contributions to the songwriting. Dharma’s lead guitar work is, as always, an absolute joy.

Despite a strong trio of opening songs, it’s the middle section of the album, from Nightmare Epiphany to The Return of St Cecilia, that really impresses, evoking BOC’s classic sound while offering wry commentary on internet conspiracy theorists (The Edge of The World) and our troubled relationship with smartphones (The Machine). The Return of St Cecilia, meanwhile, is a delicious throwback to the group’s early glory days and wouldn’t sound out of place on any of the classic first three albums.  The quality is maintained throughout the final third of the album, with further highlights including the sublime melodicism of Dharma’s Florida Man and closing track Fight.

The Symbol Remains is unashamedly a modern take on Blue Öyster Cult’s classic sound, but the album’s restless energy marks it out as perhaps their most vibrant outing since the ’70s. With all cylinders firing in the song-writing department, long-term fans will find much to love here.