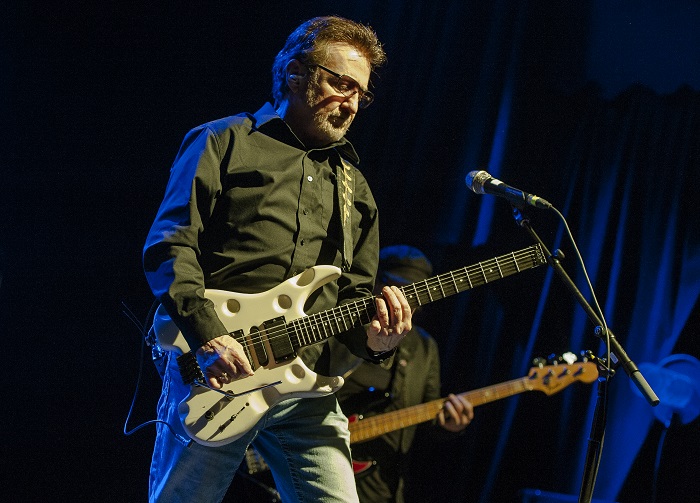 The final date on a short 8 date UK tour; part of a longer journey that shows no sign of letting up.  1972-2019 may have been the golden age of leather but it’s also the age of BOC.

However, it was young pretenders, the blues rock of The Temperance Movement that injected a shot of adrenaline to jump  start proceedings. In Phil Campbell they have a frontman who may owe a debt or two in his singing and movement style to some of the greats, providing a focal point that it’s difficult to take your eyes off, channelling Mick Jagger (the most obvious connection), Bez, Liam Gallagher and Freddy Garrity.  The last time I saw him he was playing a solo set of more mellow songs on acoustic guitar at The Lantern in Halifax. Tonight he was in his full electric element fronting an outfit who provide a soundtrack for his raw throated utterances and mesmeric presence.

Another Spiral and particularly the stunning A Deeper Cut might be diversions from their energetic  blues rock but they’re a band who are slowly growing and becoming exposed to newer fans , not least from some high profile support slots and an ever growing audience who appreciate their enthusiasm for and a fresh take on a classic sound. 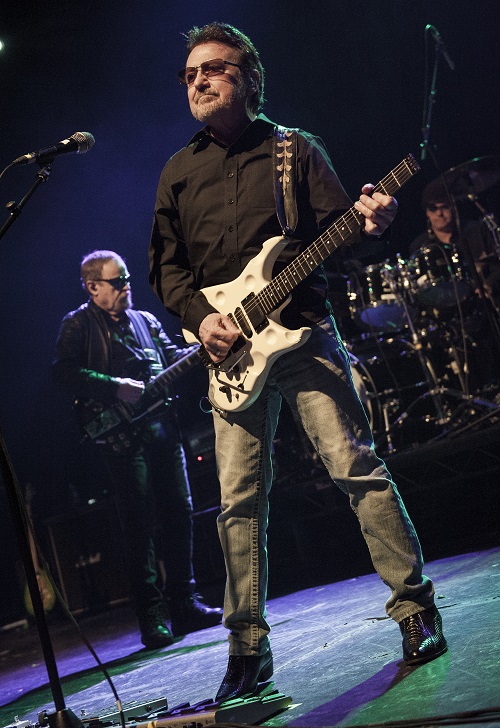 Now, when it comes to the main band of the night, there was more than a hint of nostalgia about watching Blue Oyster Cult; a personal landmark in that forty years ago, November  1979 to be precise, a fledgling Ainscoe had started to attend his first live music experiences amongst which was seeing Blue Oyster Cult at the Apollo on the tour for the Mirrors album and when they actually played two nights such was their post-Reaper popularity. Alongside them were  Magum in  support, touring their silver sleeved Magnum II album and also still going strong today. Happy days.

Some things change but much stays the same. BOC are still reminding us not to fear the Reaper and hamming it up on Godzilla. They’re still switching things round in the setlist to keep things fresh and for those fans who want to follow more than one show. Thankfully, one of those songs from Mirrors – the terrific opening cut, The Vigil – makes it through tonight and just like those hazy days of ’79 there’s the chance for the audience to be given the choice between Shooting Shark and Harvest Moon – the latter winning the vote. Back in the day, it was either  Astronomy or Last Days Of May, the latter taking the vote despite the staggering version of the former  that appeared on the Some Enchanted Evening live album of the era (and my vote incidentally).

And even though it’s forty years (or more for some) down the road, the core duo of Eric Bloom (still clad in dark shades) Buck Dharma (still looking suave and sharp although the white suit and huge flares went some time ago) still deliver the goods.  Maybe not quite cutting edge any more but still a band who draw in a packed crowd ready and willing to continue the journey.