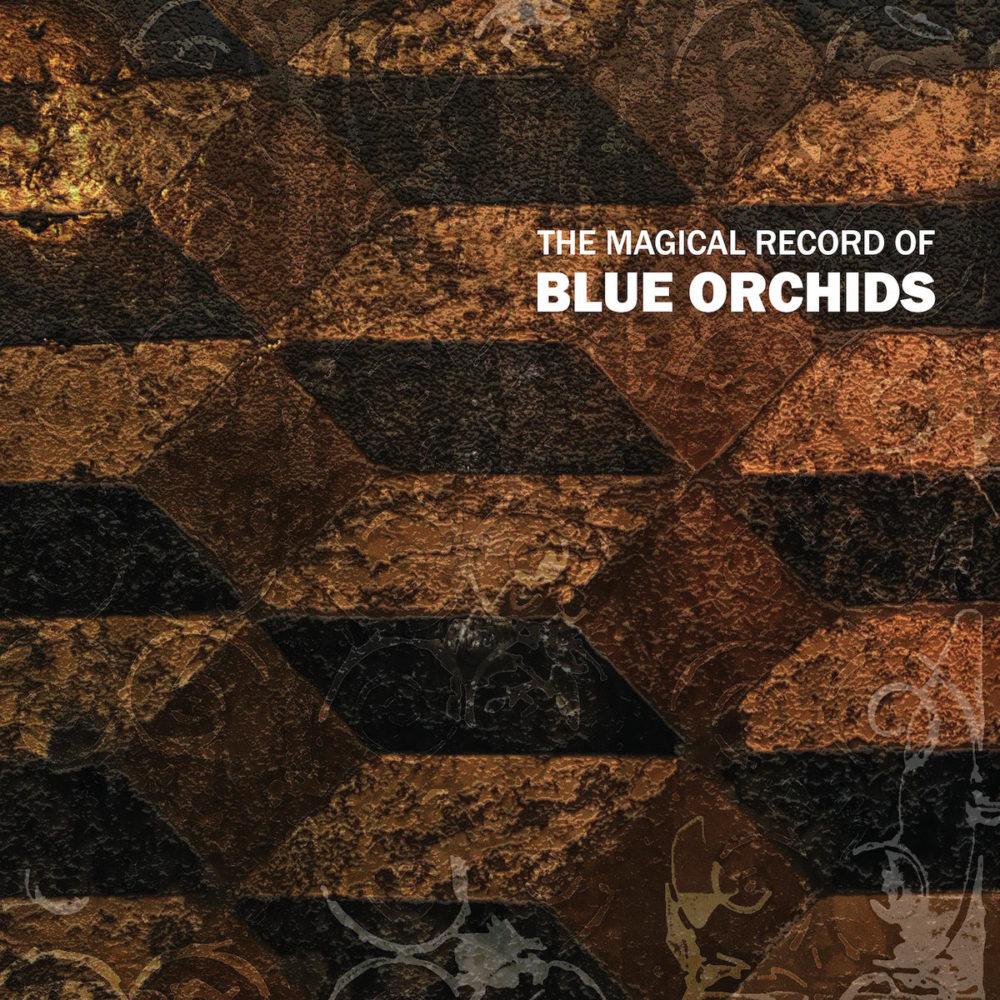 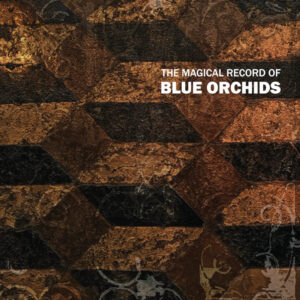 “The first covers concept album”  of obscure garage psych, the centrepiece of which is, “a pivotal anomaly”- an unseen Mark E Smith lyric from 1977 only now set to music. You read about it here first.  Ged Babey takes a trip. Metaphorically-speaking.

Setting aside the fact that I have always loved Blue Orchids, and looking at it objectively, this is, infuriatingly for the band, the best thing they have ever released.   An album of covers of songs most people have probably never heard in the first place?!  Thematically linked Psych Garage oddities. From start to finish it is just a perfect album.  These are golden ‘nuggets’. Far-out, long-lost, stoned, immaculate, turned-on, tuned-in, parodical, paradoxical parables set to the grooviest Garage rock with duelling guitar and organ.

As Martin Bramah puts it the album is “A respectful nod to the American bands that we love but given a very English interpretation and perspective. It has polished up to be a most remarkable ensemble of songs, sounding both retro/modern and classy but with a vibe all its own..”

Musically, conceptually and instinctively it is just the most amazing album. It will become a benchmark and will be an infatuation for fans of both the band and the Nuggets-type bands. (Only the very worst psych purist snobs will be able to find fault with it.)

(Reviewer digresses ….)  Interviewing a musician who made life-enhancing, mood-altering music in the late eighties/early nineties I came straight to to the point and asked about their drug consumption and whether it informed there music.  I was quite surprised, but pleased, when they said they didn’t do any drugs at all, psychedelic or otherwise because, as they put it ‘I have a fragile enough grasp on reality anyway’.

I’m the same. ‘Don’t ever take acid mate… it just wouldn’t suit you’ a good, good friend of mine said to me a long, long ago, after a couple of lengthy, graphic accounts of two trips he had been on. One opened the doors of his perception into a magical, sensual place and the other took him to the depths of Hades and brink of insanity. He intuitively knew my disposition would lead irreversibly to the latter.  (Thanks mate).

So you could say that I’m not qualified to review this most psychedelic of albums. I say, I am, because life is a fucking bad trip and it’s music like this which keeps me fighting through it and keeps me ‘Higher Than I’m Down’ to quote the Aardvarks song therein.

As the world crumbles around us in 2019 it’s a welcome journey into inner space, a retreat into the self, the centre of your mind… via the Third Eye….  All of the songs are somehow about the experience of hallucinogenics and use the whole Lysergic lexicon and every related trope and cliche known to maan.  Whilst some parts sound quaint and hilariously funny, others are strangely spiritual, poetic and cool.  There is a episodic story which unfolds…

“On this album we use other people’s words to tell a story not originally intended by the various writers. We weave a thread of our own intent through these disparate fragments binding them in a commonality of purpose to coax into coalescence a conception. This is the telling of a Faustian story as old as the soul of Man but told in the exalted language of psych/garage rock. This may in fact be the first covers concept album.

The opener and closing songs are by more contemporary bands, the Growlers and Crystal Stilts but completely in keeping with the whole vibe. Pavement and the Boot by the former being particularly evocative of the era of acid as a driver of radicalism and art: Timothy Leary to Edward Lear.

Addicted To The Day, the album’s key song, the words for which were recently found in a 1977 notebook of Bramah’s which at Mark E. Smith had borrowed and then scribbled down the ‘poem’ in thanks, to which Bramah added music. The haunting lines, “How could I have suspected my abysmal future / A doom which has haunted me / And turned me into a wreck and a parody”, are the centrepiece of the album.

It is a fantastic song, in which Smith foreshadows ‘Mindfulness’ mixed in with a dash of psychosis and foresees his future like a garage-punk Scrooge.  Bramah I presume is the provider of the brief whistling solo(s) which teeter on the edge of being a tune. It is a taste perhaps of how the Fall of the early 80’s might have sounded had Bramah remained in the band on an equal footing with Smith. They covered similar ground with R Dean Taylor and Ray Davies covers later on after all.

In Meditation the narrator is ‘searching, probing, skinny-dipping in the depths of eternity’ and the lyrics to The Third Eye concern ‘understanding the secrets of space and time’, whilst ‘Painted Air’ starts with the protagonist on his death-bed. Whilst Don’t Sell Your Mind is a warning of the dangers of mind-expansion or possibly of religion as the opium of the masses. I’m a Living Sickness is the only really sinister ‘bad-trip’ and the album concludes (with) Love Is A Wave -the first and only mention of that ole devil.

The current line-up of Blue Orchids: Vince Hunt and Howard Jones on bass and drums, Martin Bramah (guitar/vocals) are a great working unit -all essential to the fabulousness of the album, but special mention must go to the sterling and exceptional contribution of keyboard wizard John Paul Moran -also a member of the Monochrome Set and other beat combos I’m sure. His organ is hugely impressive.

The Magical Blue Orchids really do create an ‘Optical Sound’ full of ‘differations’, beauty and mystery, as well as sly humour and the solution to the riddles of the cosmos in these songs of freedom wrapped up in the most-groovy tunes.

This is a timeless album which you will never tire of. A thing of many-splendoured beauty.

Andy Carrington: Cameron Fucks Dead Pigs & I Got Called a...

March 23, 2014
We use cookies to ensure that we give you the best experience on our website. If you continue to use this site we will assume that you are happy with it.Ok