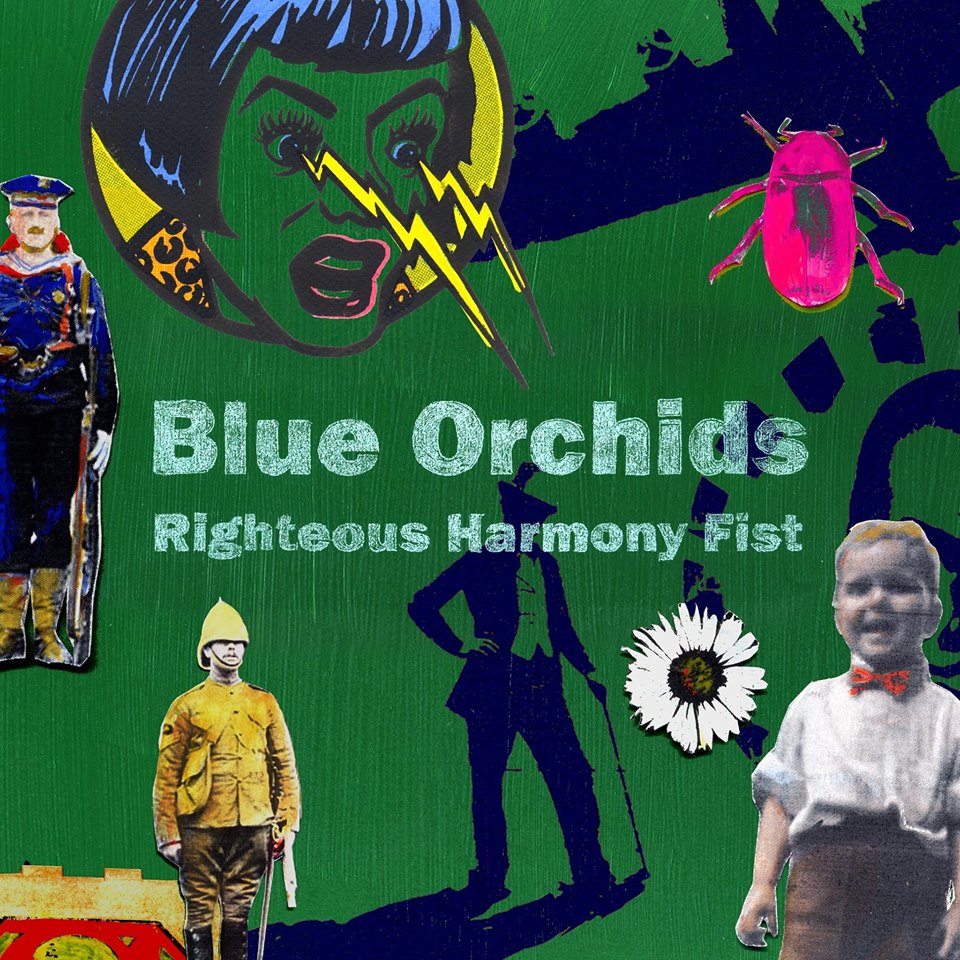 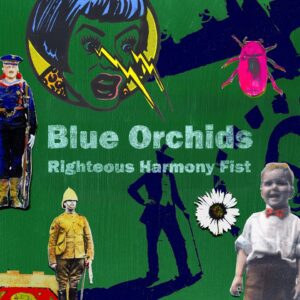 Manchester underdogs lead by Martin Bramah release yet another work of under-stated, under-rated, under the radar genius says Ged Babey as he enters the hip priesthood and Castle Perilous.

I’m sorry to bother you but I’m afraid I want your attention….

This is a fucking brilliant album!

I blame Joy Division.  Good band but humourless and too serious.

Blue Orchids should have been and should be as lauded and loved by as many people as they are.

Like their splinter-band the Fall, from my southern perspective Blue Orchids seemed to personify Manchester, or to be more specific, Salford and it’s matchstick people: the dry humour, the drugs, arty pretensions, musical ambition and single-mindedness. They were serious but didn’t give a fuck somehow whereas JD cared too much (- this opinion will make me unpopular I know…). Blue Orchids were always the thinking mans garage band, the drinking mans psychedelic beat combo and the work-work-working mans bad education in post-punk Manchester.

Thirty-nine years into a stop/start career with a shifting membership (29 people at the last count) The Blue Orchids basically ARE  Martin Bramah.  On this new album, he is having fun -in his own peculiar way.  And making the best music of his career (this, the Skull Jam EP, previous album The Once and Future Thing and Enter Castle Perilous – under the name Factory Star – but essentially Blue Orchids).

The lyrics on Righteous Harmony Fist are pure playful pretentiousness and at times hilarious poetry that take oblique swipes at everyone -not least himself.  Self-mockery sits side by side with self-aggrandisement, socio-political pisstakery and psychedelic cliche is both embraced and ridiculed.

So, in trad track by track style:

The Lad That Time Forgot
Bramah casts himself as Manchester equivalent of the Worlds Forgotten Boy.  Northern Soul beat and a great insistent guitar pattern -sounds a bit like Edwin Collins circa Never Met A Girl Like You Before. Harmonies and not for the last time the Stranglers spring to mind due to John Paul Morans keyboards. Heavens rainbowed tears is a beautiful bit of imagery.

Incandescent Artillery
Just two words but poetry in the title alone.  Great busy drumming and a bit of an Inspiral Carpets sound.

Get Bramah
A riff on Get Carter and a great faux movie theme played by a funky garage band. The lyrics seems to have a pop at Marc Riley and Mark E but are equally full of self-mockery and fantasy paranoia:  His days of glory are gone / He really thought he was someone / I just need a definite confirmation / Of his spirits final cessation.  Some great organ-playing and mentions of snuggling up to sheep. An exceptional song,  as are the two that follow.

Blue Orchids “Get Bramah” from John Henderson on Vimeo.

Deep State
Just pure genius.  Sounds a bit like a Lazarus-era Bad Seeds song to begin with. ‘Some rise by sin and some by virtue fall‘  is profound man. Tiny said ‘the Earth is flat’ Hit his teacher with a cricket bat is not. Yet it works.  Bramahs distinctive vocal is supported by great backing vocals and a chant of ‘Words are treasure/ Words are trash’. The multiple meanings of Deep State are explored and it’s just an inexplicably brilliant song.  A woman on the intercom/ All chained up like a unicorn /Still she is a powerful pawn/ Of the deep state.

The Art Of Falling
Taking a cue maybe from the Cramps  Drug Train  -this is a hilarious dance craze song.  I absolutely love this. It’s sheer artful dumbness and straight-faced joyfulness make it a piece of garage-trash art to rank with Strychnine.  A song which screams out for a video to be made to it because it’s so descriptive and visual somehow.

In The Acid Garden
Pastoral psych – an affectionate pastiche or a genuine piece of trippy memory?  Hard to tell but this bit cracks me up every time: He said ‘it’s just a tree, it’s just a tree’ I said ‘yeah, but it’s talking to me’

Beached
The only track which still doesnt grab me, even after a dozen listens or more.

Musically the album is simply great:  maybe not groundbreaking but the guitar / keyboards interplay, as ever has a hint of the Doors but the Blue Orchids are as distinctive a proposition as you can get. I still think they sound like an older, wiser Arctic Monkeys somehow (which is a compliment, they’re a great band).

The Blue Orchids are indeed, August Rebels and as diaphanous and majestic as ever.

I thought that The Once and Future Thing was their pinnacle  – but Righteous Harmony Fist is just as good.

Bandcamp – Buy on all formats from here.