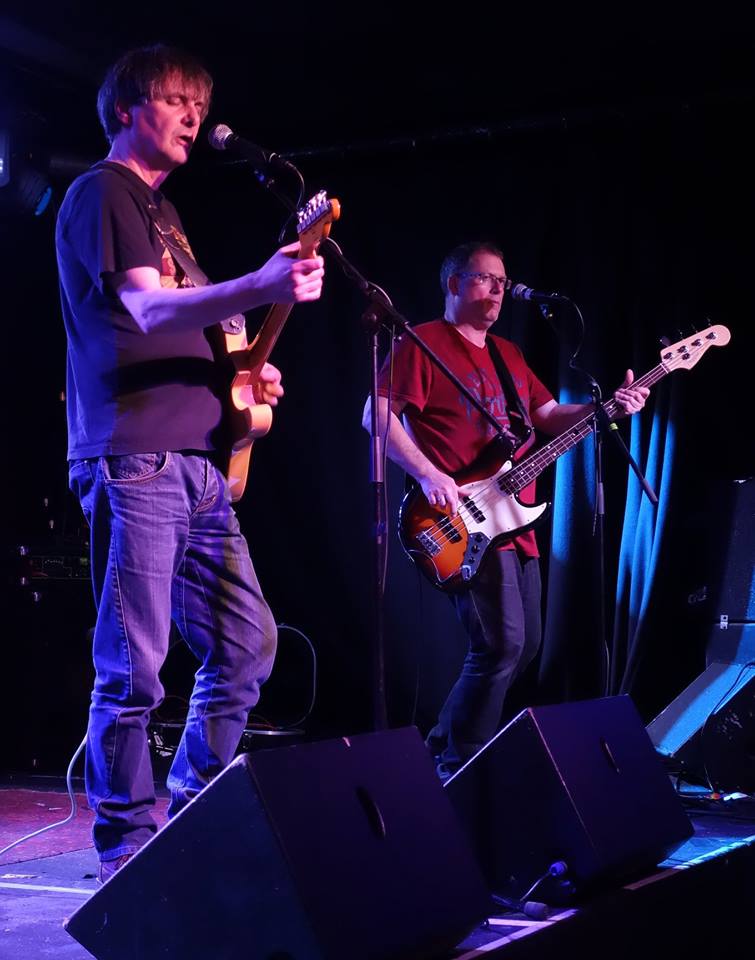 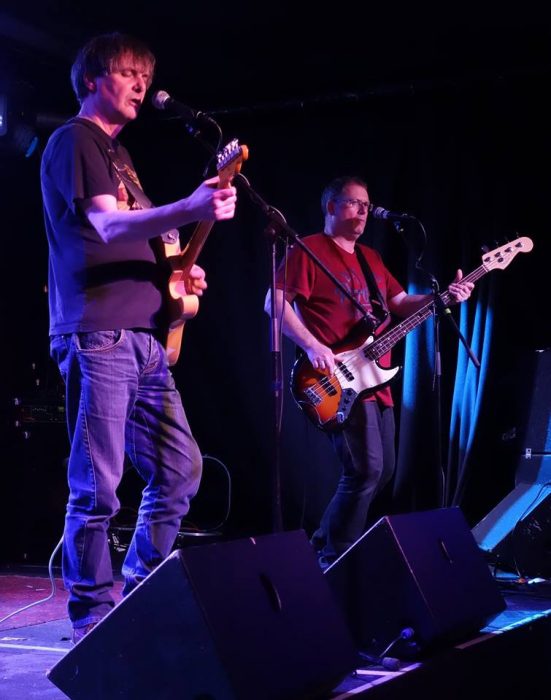 The night it became apparent that Martin Bramah is slowly turning into the Harry Dean Stanton of rock’n’roll… maybe.

Sunday night is perhaps a stupid night of the week to have a gig.  A lot of people have gotta go to work the next day.  There are no late buses or trains or ferries in this godforsaken city.  Which explained why it was half-full or half-empty, depending on how you look at it.  The devoted were there though, and the performances were unforgettable.

Blue Orchids had never played Southampton before, as far as I know, and I’d never seen them live either, despite being a fair-weather fan.   They do hold a special significance for a few of us in Southampton as back in the early 80’s there was a local band who were very, very influenced by them. They were called the Bloodsisters (the name a pisstake of the up-and-coming Goth bands). Their bassplayer Cliff was a mate, and best-man at my wedding.  He died a few years back. The Bloodsisters always covered Bad Education and the song will always remind me of Cliff.  The way he would try and look like a sullen, moody bassplayer but inevitably break into his default Cheshire Cat grin.  The way he would affect a Mancunian accent and swagger until he discovered the Pogues and became Irish, performing a cracking Dirty Old Town as Ian Paisley…

There were other ghosts present too. The Mellotronics new guitarist Jon Klein (yep, the Specimen and Banshees) was a mutual friend of the late Johnny Deluxe -a London/Reading artist-punk-superhero and genius, no longer with us.  It was great to meet Jon and raise a glass to Johnny between tales about the Batcave and Gary Glitter on Number 73!

First though, playing outside of London for the first time and only their third gig all-told, Micko Westmoreland and the Mellotronics.  Micko has done acting, producing, electronica, a guitar-based album, he is a polymath and an interesting character; Arty and stylish in a Possible-New-Doctor Who way. 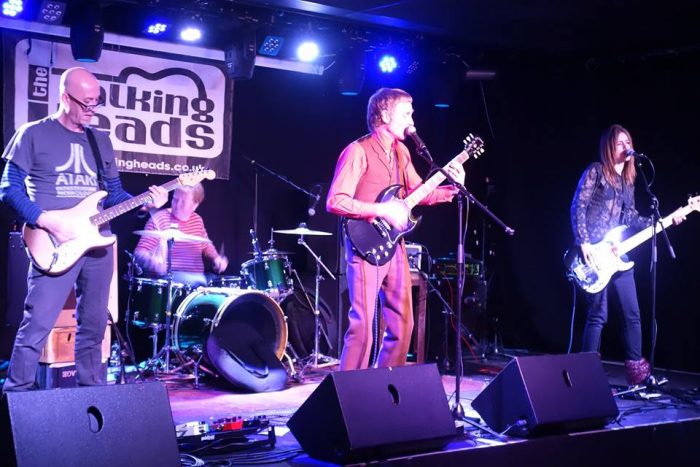 “He’s got that kinda intense David Byrne charisma about him onstage..” confided Jon in the smoking area.

“I’m just so flattered that such a talent agreed to be in my band” said Micko behind the guitarists back.  Bassist…

“Jenny is a real find too, brilliant musician..” Who happens to look like a young Liz Hurley.

Nick Mackay the drummer is  (allegedly) ‘Mick Hucknalls Lovechild’ regrettably, but hopes one day to inherit his fortune.

“No, he’s Ginger Bakers love-child; the same flare as a drummer but with an even temperament”  Insisted Micko.

Onstage the Mellotronics grew in confidence as they played their nine song set; starting with a version of Schmecos -a song about kleptomania and supermarkets and ending with a rip-roaring ‘Noisey Neighbours’ a possible debut single by the band.  It’s still in its development stages but they already seem to have an pretty-much unique sound.  A wiry, tense, new-wave art-pop -with an intelligent core and dark, frayed edges… Both accessible and strange.

The stand-out song for me was Imelda. A character study of  former First Lady Marcos -her with the shoes.  It had the feel of fetish-era Adam and the Antz songs like El Duce. Christian Dior and Cleopatra -possibly due to Kleins guitar sound but also in the construction and subject matter.

For an new ‘unknown’ band the Mellotronics went down very well with the attentive audience. I can’t wait to see what they do in the future.

The Blue Orchids don’t have any truck with showbiz razzmatazz or rock’n’roll showing off.   They just walk on and play.  I don’t think they even spoke to or acknowledged the audience at all; which some might think a trifle rude.

Martin Bramah has grown his hair and has started to resemble (a young, well, middle-aged) Harry Dean Stanton.  It’s not a bad comparison come to think of it.  The ‘beloved outsider’.

American bands like Television and later Sonic Youth became canonized for making music which only verges on being as majestic and lyrical as Blue Orchids.  Poetry and dirty scrabbling tunes. Shards of beauty glinting in the sunlight over a desolate mental wasteland…

The set was a perfectly paced, well-chosen selection covering most of the bands long and winding career. Starting with a new garage-prog number entitled  In The Acid Garden, swiftly followed by the debut album classic A Year With No Head, Thirst, Sun Connection… before a triumphant triumvirate of songs from the great Factory Star album – including the Fall of Great Britain.  Agents of Change was fantastic to hear. Only one song from the stupendous Once and Future Thing album ‘A Good Day to Live  set the dancefloor on fire  (well, a couple people).   A surprise to me was a stunning version of Vic Godards  Music of a Werewolf , totally made their own,   The closing track was unsurprisingly their best known and best loved Work, but unexpectedly it was merged/melded with Before The Moon Falls ( from the Fall’s Dragnet album).  A bit of basic Fall-fan detective work and you realise that Martin Bramah had left the Fall before Dragnet was recorded and is not credited as a co-author of the song.  Performing it now, I very much doubt is a tribute to Mark E, more staking a claim of co-authorship.   Whatever, it sounded fuckin’ magic. and is on the new album. Here it is, live at the Talking Heads. .

No encore. No need.  My only regret was that there was no Bad Education, but somehow, psychologically we all have to move on, and A Good Day To Live has become a replacement mantra. ‘It’s not your money, if it doesn’t have your face on it”  Great to see the Harry Dean Stanton of Salford and his brilliant band after all these years.

A great gig, with unsung heroes and future heroes aligning and making special kinds of magic.

All words by Ged Babey    Photos and video by Jane Barnes.