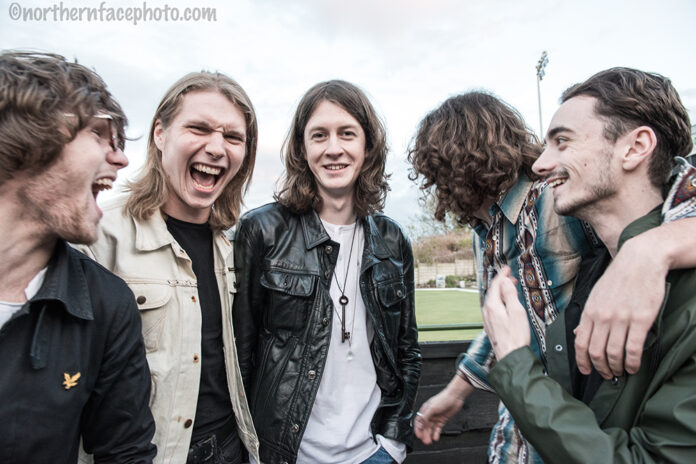 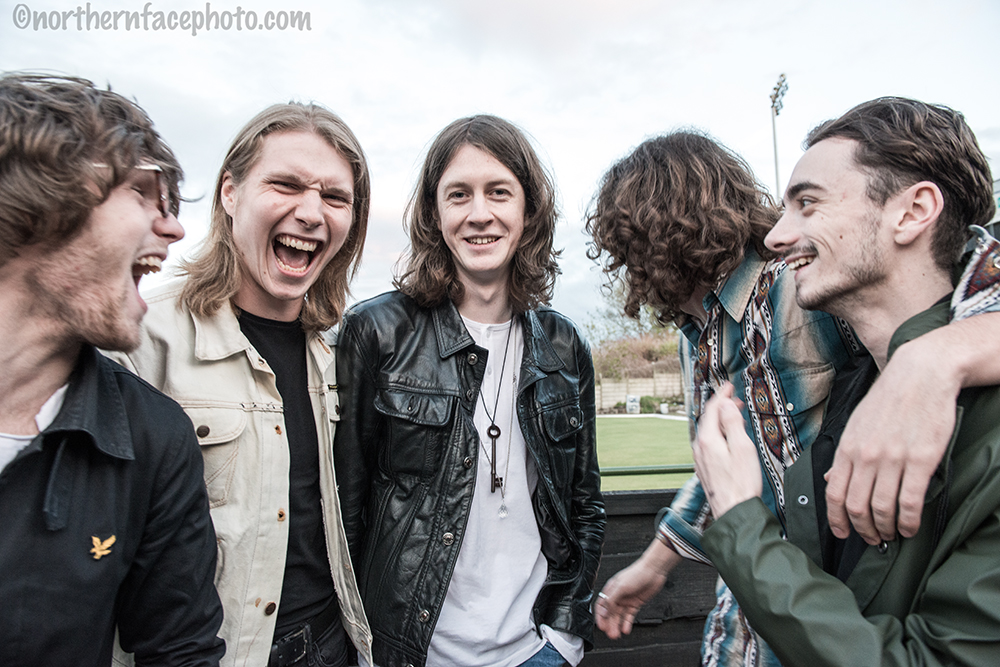 Stockport based indie / pop band Blossoms returned from a short headline tour of Japan to their home town on a Thursday night. Nigel Carr (interview/words) and Dave Gleave (photos) were there to capture the event.

“We are not a psychedelic band by any means, we are not a 60s band – you know what I mean?”

They have been taken under the wing of Stone Roses and Courteeners manager Conrad Murray. You can tell when a band is about to break; they get a proper manager and a guitar technician but it’s the number seven best selling single in the vinyl chart that really gives the game away!

Tom: “Weird, we didn’t even know it was happening! We woke up and saw our names next to fucking Bowie and Noel Gallagher, I thought it had been a mistake!”

He coins his young band ‘dark pop’ but there is much more to them than that with so many influences shaping their sound.

Joe: “We listen to anything modern day really Artic Monkeys, Smiths, Abba.” A bit of The Coral? – “Definitely” (ex-Coral James Skelly is their producer).

Tom: “There’s disco in there as well, loads of disco. The bass lines; Chic, Sister Sledge, we listen to all types of music and some influence us more that others. We are not a psychedelic band by any means – we are not a 60s band, you know what I mean?”

Joe: “I take a lot of my drumming from The Zombies – it’s quite simple, I’m a messy drummer”.

They describe themselves as a ‘mosaic’ – Charlie: “Cos we knit together, it’s kind of futuristic – a lot of people associate us with garage because of the rhythm section”.

The band were noted for their ‘film noir’ looks but that has all changed, no longer the Andy Warhol era, John Cale jumpers; their dress is much more contemporary.

They hit the stage after a young guitar player called Liam McCLair – his acoustic version of Joy Division’s Love Will Tear Us Apart has this social club audience entranced. He’s quite a talent and someone I am sure we will hear more from.

Talking to Blossoms it’s hard to separate the fancy from the fact but trust me this is no disco band; there might well be the odd lick nicked from Nile Rodgers or Abba but quite frankly I didn’t hear it so don’t go looking because you’ll be disappointed! Feel free to pull me up if you spot one though – for the record It’s modern 60s-tinged pop.

They pretty much rip through their whole repertoire but the biggest reaction comes from the familiarity of Cut Me and I Bleed and You Pulled A Gun On Me. These are huge uplifting numbers with swirling keyboards and the kind of soaraway choruses that I haven’t heard since Richard Ashcroft blasted the airways with Sonnet.

The similarities don’t end there either, Tom not only looks like a young Ashcroft with his long wavy hair and pretty boy pout but his vocal delivery could have been lifted straight off Urban Hymns. The band are super tight with a loud deliberate bass, and drums far from ‘messy’, punctuating these songs with a determined punchiness that combine to create the silkiest of rhythm sections from which fire the lead guitar and pitch perfect vocal. 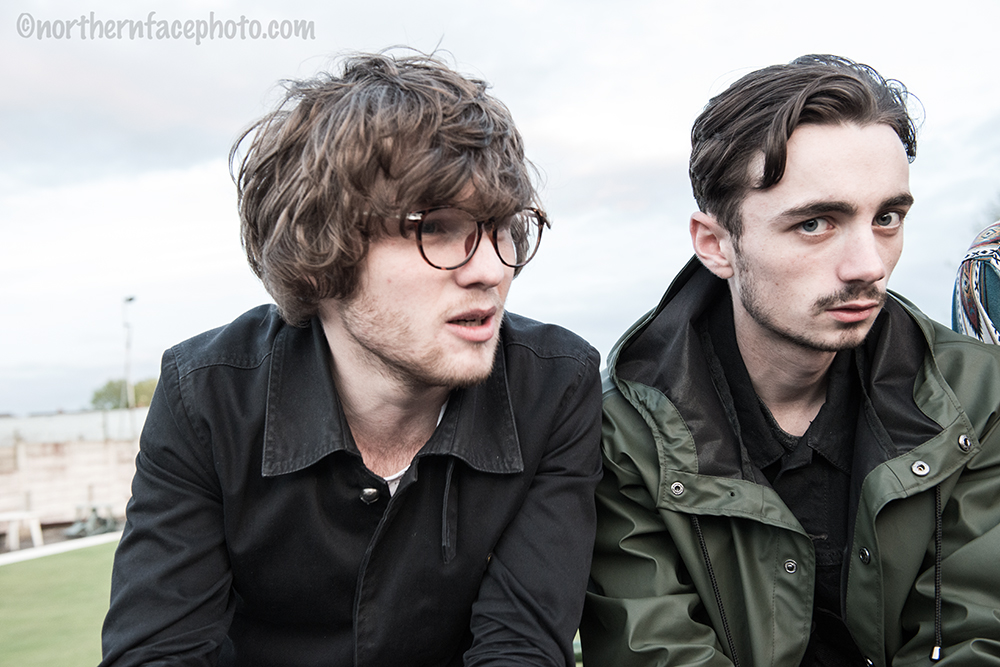 Myles Kellock on keyboards with his long blonde hair reminds me of a young Brian Eno, dominating the left side of this backlit stage, hammering out the melodies on his instrument like a man possessed. He fleshes out and underpins the set with his incredible Doors inspired riffs. He looks pretty cool too in his military jacket with gold epaulettes!

The band closes with the epic Blow which has all the hallmarks of a mega hit; simmering verse, the sweetest of melodies with an explosive chorus that just takes you skyward. They finish with an intense double time coda with a supercharged bass line overlaid with a crescendo of harmonies and tambourine.

I think far too much has been written in this band’s short life about their influences and it’s clearly weighing on them. All bands take references from somewhere. Just ask Brian Wilson about Chuck Berry or McCartney about The Everly Brothers – great bands absorb influences, assimilate all the best bits and create their own sound – and that’s my point because at the end of the day Blossoms sound like Blossoms and trust me they are going to be huge.

They got the name from a local pub of the same name.
They were all born in the same hospital – Stepping Hill, Stockport.
They were going to call their band ‘Born in the NHS’ after the Bruce Springsteen song.
They claim not to be working on an album yet.

“Pretty much every single one apart from Glastonbury.”

Where do you see yourself in three years’ time?

Tom: “Still in this band making music that we all enjoy.”

Remaining Dates in May: